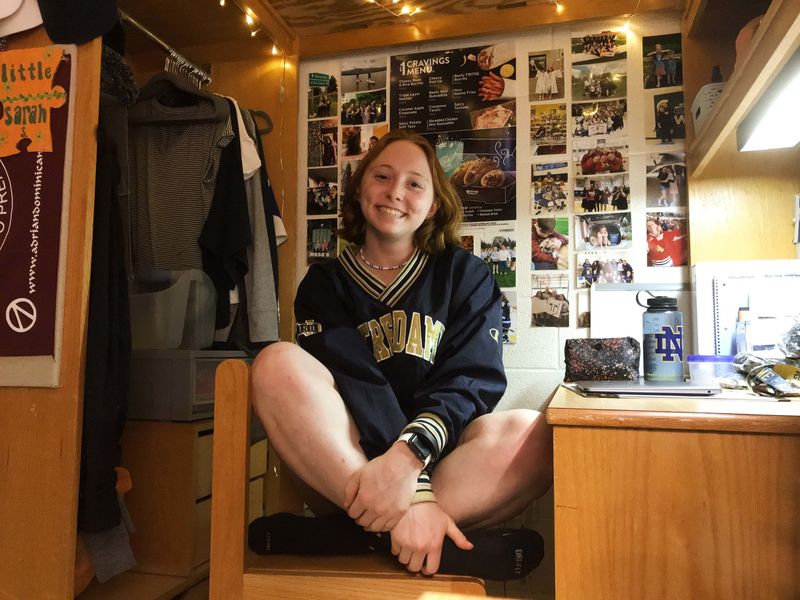 Settled in with everything she needs — or the wifi to find it. Photos courtesy of Maraya Steadman.

I dropped off my daughter at Notre Dame for her freshman year last month. As difficult as that was for me, after a year of college visits, applications and admissions, a spring filled with ceremonies and celebrations, and a summer of preparation and anticipation, the goodbye was a needed release.

The kids from the hockey team, the neighborhood, our parish and her high school, the children we know from our communities, all handled the preparation to leave for college differently.  Some packed at the last minute, others mail merged seven spreadsheets off the internet to create a master packing database that they began to populate before the graduation gowns were even returned.

My daughter was in this group. She was packed weeks before we were scheduled to leave. Her executive functioning skills — the skills we worked so hard on during her years of forgetting math worksheets — resulted in a “not going to forget anything this time” extravaganza of preparedness that left no flashlights behind and included one garden gnome and a Taco Bell poster. 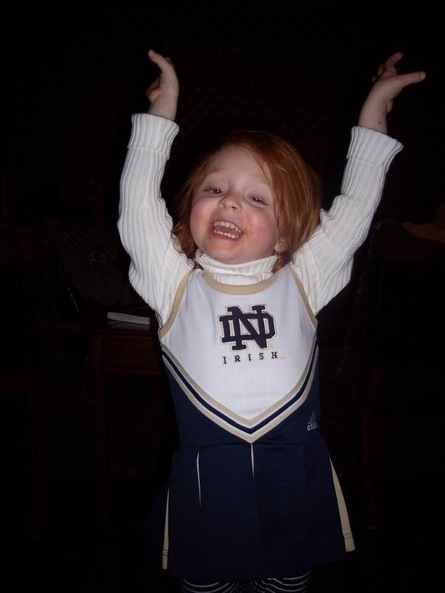 She wasn’t always so independent.

Any suggestions I might have: extension cord? printer? fan? She already had it, or she didn’t need it. I found myself in competition with the internet, trying to come up with something, anything that wasn’t already on the list. I can’t compete with the internet’s ability to create packing spreadsheets for college. I never would have come up with zip ties for fairy lights.

As her summer packing continued and the Amazon boxes arrived on the front porch, I felt redundant in a way I assumed was healthy and normal. She is 18, it’s time for her to populate her own spreadsheets and realize life requires fairy lights. Lights you have to go out there into the world and get, or order online. If there is anything she needs once she arrives at Notre Dame, anything she wasn’t prepared for, she still has Amazon.

I have been replaced by the internet, free shipping and a five-star rating system that will answer most of your questions. When I asked my daughter if she needed me to come up a couple weekends ago to take her to Costco to pick up her new glasses I was told, “No, I can take an Uber.”

When a friend’s son went away for the weekend, he didn’t ask a friend, a family member or someone from his community to watch the dog, he just called a service he found off the internet. A service that, per the doggie cams, ended up snorting cocaine off his sleek modern décor and using his bedroom (where there was no doggie cam to report the goings-on). We’ve created a world where a credit card number and the internet can take care of everything. Until they don’t, and the cops show up. If you call them, which my friend’s son did not.

Authority, wisdom and support can’t be replaced by the internet and free shipping. In my experience of loving teenagers — my own children and the children in our communities — the young know everything. They also have a physical strength that combines with a not-yet-fully-developed frontal lobe that makes them feel invincible. Our teenagers have the internet to help them function in a world where they already need no one and know everything, and I don’t like the results. We need home. We need families. We need communities. The world needs more care packages from home.

Toothpaste and a new toothbrush in a care package from home are packed with love, support and possibly with homemade cookies. The ones where mom forgets to take the coupon out of the chocolate chip bag and bakes it right into the cookies.  If my daughter let me drive to ND to take her to get her new glasses instead of ordering a ride on the internet, I might have been able to help with something other than the trip to Costco. A hug from mom, chocolate chip cookies and a meal at Olive Garden might have been a good thing. She’s only 18. She doesn’t know everything. She still needs me. Or maybe she doesn’t.

Maraya Steadman, who lives in a Chicago suburb, is a stay-at-home mother of three.