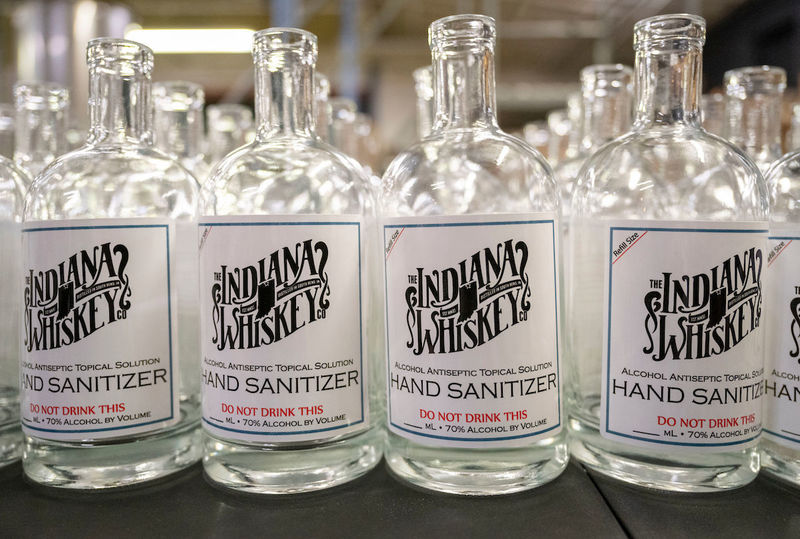 When Charles Florance ’13MBA was attending Notre Dame and aiming to found his own local business, he gave some thought to Indiana’s strengths as a state.

“Indiana does corn well. The apotheosis of corn is whiskey,” says Florance, a U.S. Army veteran who served for nearly 14 years, retiring with the rank of captain. “It plays to the strengths of the region.”

Indiana Whiskey is a premium whiskey microdistillery. It bottles its products at the company’s facility in a former trucking terminal on Sample Street on South Bend’s west side, a stone’s throw from where the Studebaker automobile and Oliver plow factories once stood. Hoosier farmers grow the grains that form the basis of the whiskey.

The firm started sales in 2013. Indiana Whiskey now produces 15,000 to 20,000 bottles a year, sold in businesses across the state. Its biggest seller is Just Whiskey, a robust wheated bourbon. Another product, Silver Sweet Corn Whiskey, won a silver medal at the 2014 World Spirits competition.

The idea for the startup came from an introductory course Florance took during his first year at the Mendoza College of Business.

He entered his business proposal in Mendoza’s McCloskey Business Plan Competition in 2012. The judges’ feedback inspired him to develop the idea and build a prototype still with materials from another South Bend-based business, Deluxe Sheet Metal. His Purdue University bachelor’s degree in chemistry and physics proved useful in crafting the still.

When Florance entered the McCloskey competition again the next year, his Indiana Whiskey proposal won $5,000 in cash and banking service, but the real prize was the attention of alumni and local businesspeople. All helped enormously in reviewing his plan and offering advice, he says.

In March, in the early days of the coronavirus epidemic, Indiana Whiskey did a quick pivot: It temporarily stopped making whiskey and shifted to production of alcohol-based, bottled hand sanitizer. Big shortages at the time hampered hospitals and other health care facilities, businesses and consumers. The federal government noted the emergency need and urged distilleries to shift to sanitizer production if at all possible: Hand sanitizer can be made of the ethyl alcohol found in alcoholic beverages.

“We leaned so hard on the community in order to do that,” Florance says. Three area businesses — Lebermuth Company of South Bend, Maverick Packaging Inc. of Elkhart and Martin’s Super Markets — immediately helped the whiskey company gather the supplies, bottles and labels needed for production and assisted with distribution.

Within three days, Indiana Whiskey had a sanitizer product ready for the market. Martin’s ordered 25,000 bottles before it was even available. “It seemed like everyone in the community was doing whatever they could to help get this product out the door,” Florance says.

Bottles of sanitizer were provided at no cost to the St. Joseph and LaPorte county health departments as well as local shelters. The South Bend and Mishawaka public school systems picked up sanitizer to distribute with free lunches during the shutdown of schools.

Indiana Whiskey’s staff consists of Florance and three other full-time employees. His vice president, Matt Logsdon ’20MBA, is a medical student at Indiana University School of Medicine. During sanitizer production, the company added a half-dozen full-time workers as well as some volunteers from the community.

By May, Indiana Whiskey had resumed spirits production while continuing to produce hand sanitizer.

When Florance arrived in South Bend to attend business school, he didn’t expect to stay here. Now he and his wife, Tina, have two young daughters and have made South Bend their home. It’s because of the breadth of opportunity available here, Florance says — “South Bend’s cooperation with turning ideas into viable businesses.”