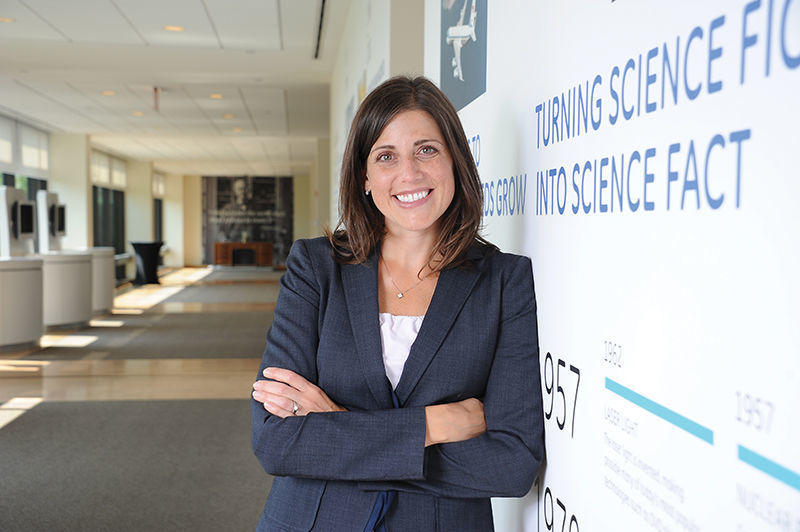 A high school internship in an Air Force laser laboratory inspired Danielle Merfeld’s interest in technology. As a Notre Dame freshman intent on majoring in electrical engineering — the best field for a student keen on lasers, they told her — Merfeld ’94 asked if she could work in a lab, rather than in a cafeteria, to fulfill her work-study requirement.

“That gave me this very early look into the life of someone doing research,” she says. “It’s easy to be intimidated as a young woman thinking about getting a higher degree in a technology space. But meeting with graduate students and seeing their day-to-day work, and seeing that they were just regular people . . . gave me the vision that I could do that, too.” 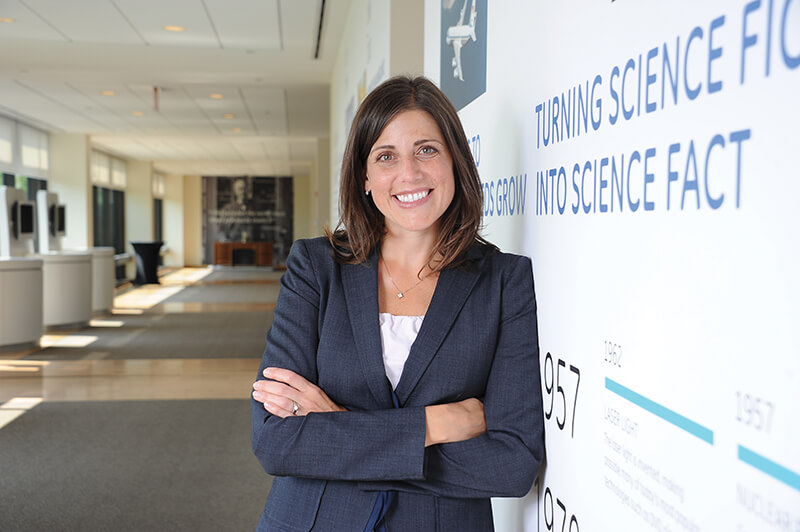 Merfeld went on to earn a doctorate in electrical engineering from Northwestern University and has ascended the corporate ranks to become chief technology officer at GE Renewable Energy, a senior executive in a corporate division with 22,000 employees in 80 countries. Before taking on her current role at GE, Merfeld was a leader in the company’s global research and solar divisions. Renewables won her heart, and the pace of their growth has quickened her pulse.

She says most people are unaware of the scale and pace of change that is making renewables the “most affordable source of energy on the planet.” Public policy and environmental advocacy aren’t driving the change on their own anymore, she adds. “It’s actually a real economic decision that people are making.”

More than half of the power-generating capacity added around the world in recent years has been in renewable sources such as wind and solar, according to the International Energy Agency. Meanwhile, GE and some of the world’s other top manufacturers are racing to see who can build the most powerful offshore wind turbine.

Merfeld believes the United States can handle more renewables, noting that on any given day nearly a third of energy produced in California comes from renewable sources. “I think the industry is going to continue to drive the costs down and they’re going to continue to improve performance and reliability,” she says.

Despite her academic credentials and professional experience, Merfeld still sees “a flicker of disbelief” in the eyes of new acquaintances when she tells them what she does — a reaction, she acknowledges, that she’s been susceptible to herself when a man tells her he’s a nurse. So, in addition to working on the leading edge of renewable energy, she’s also at the forefront of the effort to change perceptions of gender in the workplace that suppress the hiring and promotion of women, especially in the technology fields.

Describing the problem, she borrows author and entrepreneur Seth Godin’s term for that most primitive part of the human brain that he says “hates change and achievement and risk.”

'It's hard to overcome the lizard brain, but we can outsmart it.'

“Lizard brain” is responsible for the unconscious bias that informs women’s self-perceptions as well as the perceptions of teachers and employers. Even women inclined toward math and science may come to believe their abilities are limited and give up pursuit of their interests.

“It’s hard to overcome the lizard brain,” Merfeld wrote on the website Women You Should Know, “but we can outsmart it.”

She says more women are going to college than ever before, especially in the United States, “but women are not choosing to go into science and technology in some cases at the same rate as we did 20 years ago — notably in computer science.”

That’s moving in the wrong direction, she adds, a vestige of the lizard brain. Fundamental, structural changes are required to conquer it.

“I don’t believe that we can just depend on people changing themselves,” she says. “What we can do is change the systems that we use to recruit, to promote women and men . . . making those systems more fair and trying to take out bias wherever possible.”

To achieve GE’s goal of having 20,000 women in tech jobs by 2020 — the company reported just under 15,000 such employees in 2017 — and to increase female representation in the industry as a whole, Merfeld notes the importance of supportive working environments.

“It’s easy to think that everyone knows everything except for me, that I’m the one who’s struggling,” she says. But the complexity of the technology industry and the interpersonal challenges typical of its corporate culture present an opportunity for women to thrive as leaders. 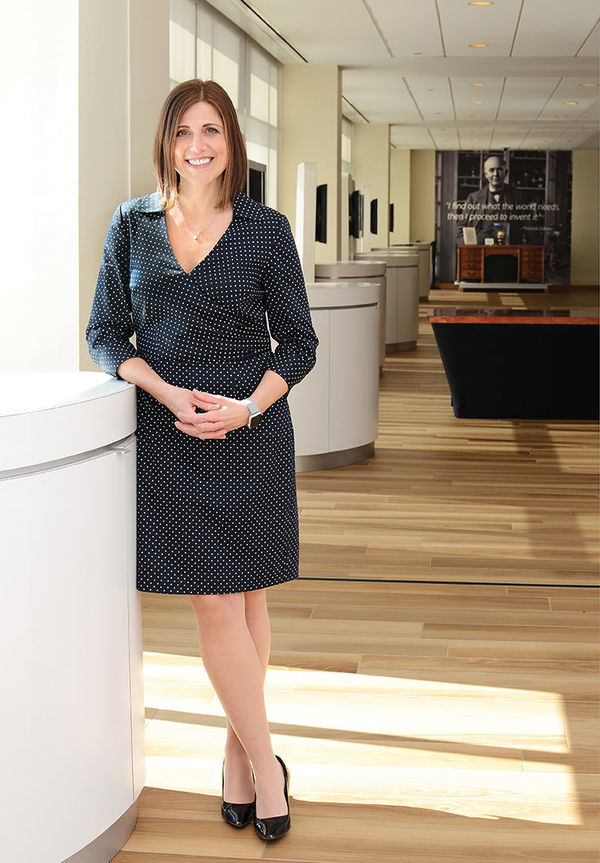 “Women typically carry a lot more empathy, they’re really good at communication and networking within a group, and finding ways to collaborate,” she says. “Those are all more and more important in tech than ever before because they’re such complicated systems-level problems. There’s never one person who’s going to be able to solve a problem or build the next generation of tech. It’s going to require a team, and it’s going to require thoughtful collaboration and empathy with the end user and the customer and the partner.

“Women, I think, carry those capabilities — and men, too, but I think women more naturally develop them. . . . So, lean into that.”

Tom Kertscher is a PolitiFact Wisconsin reporter for the Milwaukee Journal Sentinel. His reporting was featured in the Netflix series, Making a Murderer. Follow him at TomKertscher.com and on Twitter @KertscherNews and @KertscherSports.