Murdy Family Organ by the Numbers

It is said that no lesser light than Johann Sebastian Bach, prolific composer and legendary teacher and performer of the organ, loved number games and played them even within the structure of his compositions. Presented here in that spirit are a few of the more significant numbers embedded within the structure and story of the Murdy Family Organ.

70 stops in the Murdy Family Organ in the Basilica of the Sacred Heart, the largest and most versatile instrument that Paul Fritts & Company Organ Builders has produced in its 38 years.

69 traditional stops that allow or prevent the flow of air through pipes. No. 70 isn’t a set of pipes at all but a rotating wheel of chimes called a zimbelstern. 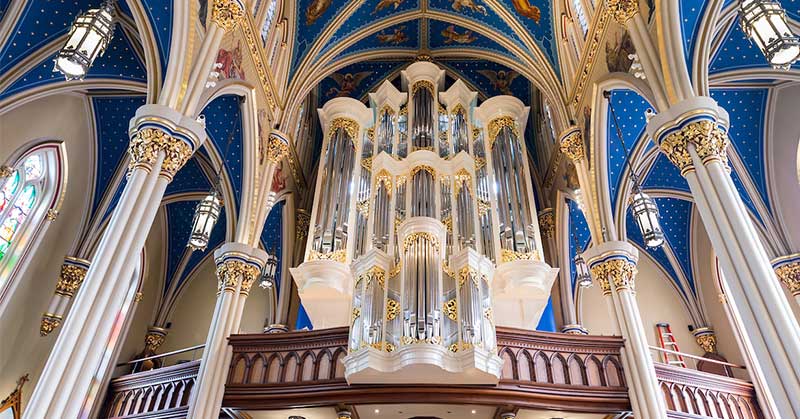 40ft 1in the organ’s height from the floor of the basilica loft to the top of the Murdy’s cornice, the equivalent of a four-story building.

8 cubic yards of concrete pumped into the basilica’s basement to support the anticipated extra weight of the new instrument.

1/10 pound the approximate air pressure of the “wind” that flows through the organ from blower to bellows to wind chests to pipes.

150 pounds the approximate weight of the lid and additional load on each of the organ’s six handmade wood-and-leather bellows, which supply and govern windflow to the instrument.

10 craftsmen who participated in the creation of the Murdy, making virtually every piece by hand, apart from the electronic preset system and blower.

40,000 man-hours the estimated time it took Fritts and his workshop to design, and build and install the Murdy Organ.

5,164 pipes made of tin and lead, or of wood; most vertical, some horizontal; ranging in size from pencil stub to mature tree. The Murdy’s predecessor, installed in 1977-78, had 2,929 pipes.

1 mile of spooled carbon-fiber rod used to fashion the hundreds of trackers that connect keys to each division of pipes — the “key action” in a mechanical action organ.

232 keys of cow bone and ebony on the Murdy’s four manuals, or keyboards.

5 organs that have accompanied worship at Sacred Heart since the 1850s. 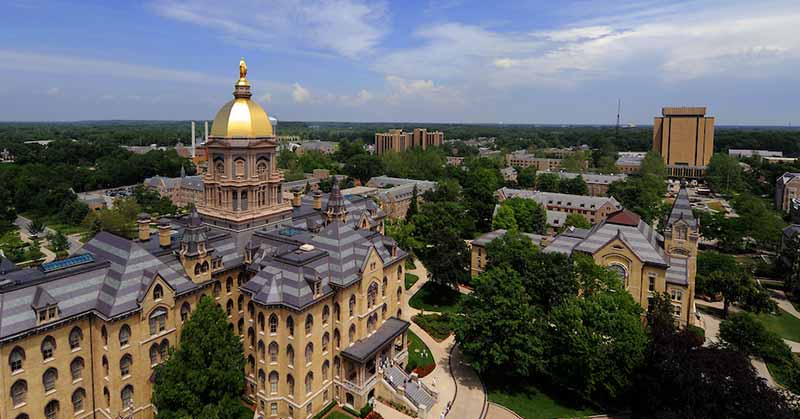 4 Fritts organs now owned by Notre Dame or the Congregation of Holy Cross. The others are in the DeBartolo Performing Arts Center, Coleman-Morse Hall and Moreau Seminary.