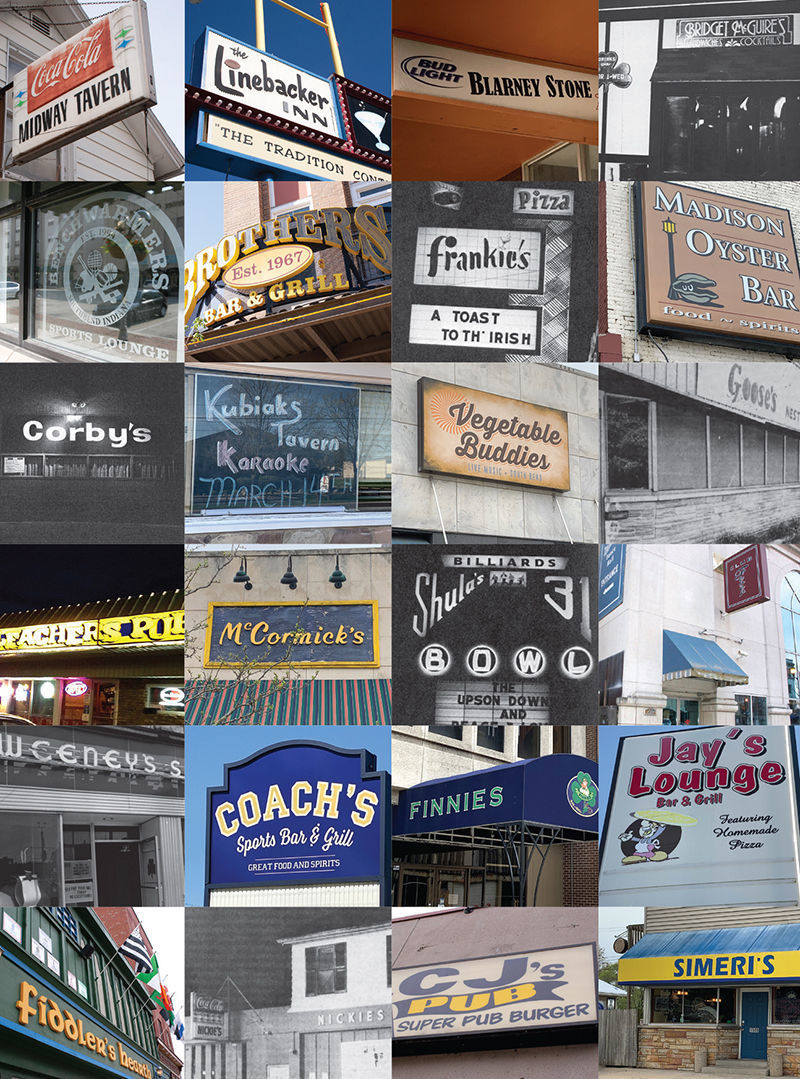 There was a time when the good fathers would patrol the streets of South Bend, rounding up errant students visiting the city’s off-limits nightspots. Yet for generations of Domers the local bars have provided students their most trafficked portal into “the Bend” and its environs. A list of favorite watering holes would include Joers’, Simeri’s, Frankie’s and Sweeney’s (where the legendary Frank O’Malley ’32, ’33M.A. often continued his discourse on modern Catholic writers). The Linebacker, Library, Goose’s Nest, Fat Wally’s, McCormick’s, CJ’s and Club 23. Midway Tavern and Vegetable Buddies. Heartland and Club Fever. Benchwarmer’s, Bleachers, Coach’s, the Boat Club, Fiddler’s Hearth and Madison Oyster Bar. The Five Points intersection once made a bar tour easy with Nickies, The Commons, Corby’s and Bridget McGuire’s Filling Station (aka Bridget McGuire’s, aka Bridget’s) right across the street from each other. There is another Corby’s now (downtown, where Cap’n Cork used to be). Some revelers crossed into Michigan when the drinking age there made Kubiak’s, Shula’s and Jay’s Lounge popular getaways. Today there’s Brothers and the Blarney Stone, which is called Finnie’s, but is more commonly known as Olfs — as in Old Finnie’s — as opposed to Finnies Next Door (called Newfs as in New Finnie’s, because it’s actually called Finnie’s, but Blarney Stone is the original). So we are told.