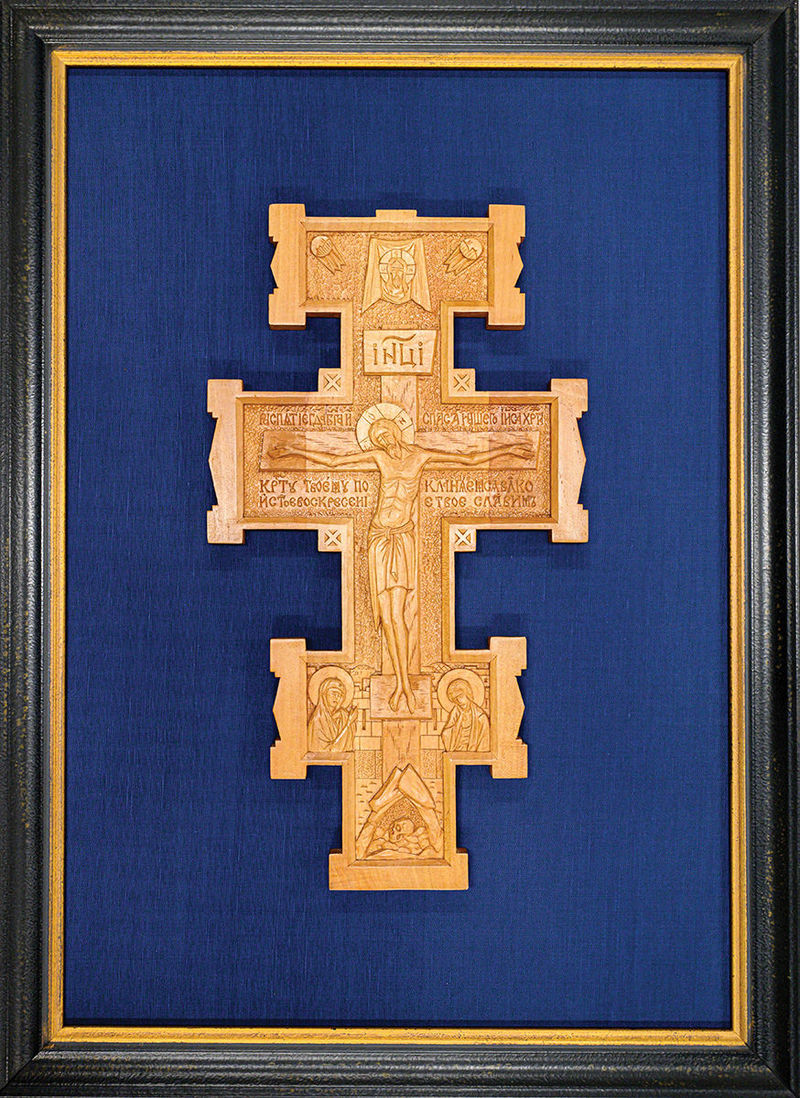 An old professor of mine once told me that teaching is like handing people a letter: You know it’s in their hands, but you don’t know when they’ll open and read it. The lessons of past sacrifice can be similar.

One Sunday in 2008, I got out of a white van in the Ukrainian countryside. It was a beautiful day. In a large clearing beyond the parking lot, in perfect rural silence, stood what looked like a rectangular, whitewashed, two-story fortress.

This was Univ Lavra, a monastery widely regarded as one of the spiritual centers of western Ukraine. People were arriving from nearby villages. Young women in leather jackets and heels came to fill plastic jugs with the spring water that flowed from spigots beneath a mosaic of the Blessed Mother.

In every superficial way the picture was like the illustration of a folk song, but the monks, most of them younger than 40, told us the truth.

The surrounding forest had been the site of fierce battles against Nazis. The monastery, home of the Greek Catholic Studite Brethren, had been brutally suppressed by the Soviets. Many monks were murdered on the spot; others were deported to labor camps. The compound was put to new, dark purposes given euphemistic names by new masters. The villagers fled.

I wouldn’t have known any of this just by looking. Since the fall of the USSR, the monastery has been lovingly restored. Children were at play in its courts. The chapel was full. The villagers had brought back chandeliers, candelabra, icons and other items they’d hidden away in hay lofts and attics. Young monks, increasing in number every year, sang in harmony. One sat on a stool before the sanctuary to hear people, in full view of the public, confess their sins and receive absolution.

Only on the inside of the monastery’s exterior walls, invisible to the outside, can the pain and sacrifice of this Christian community be seen. Nailed under arches are dozens of burned and shattered crucifixes, left in ruins as the Soviets rolled through. These crucifixes, some made of iron, now twisted to render them unusable, are in one sense a gallery of Soviet iconoclasm. I wondered how many of the Greek Catholic chapels that once contained them had been torched.

The monks in their long-term wisdom probably take a different view. To them the crucifixes are visible signs of something much greater, more powerful and more enduring than the memory of past wrongs. Gathering the crucifixes in one place, the monks have made a gallery of sacrifice — the sacrifice on Calvary and its extension in Ukraine. It is an act of solidarity and remembrance that regenerates Christian culture, a bit like the uprooted grapevine, roots and all, that I once saw displayed on the wall of a tasting room in Italy. The vine, having long since given up its fruits, testified to rootedness and depth. Deformed and broken, the crucifixes at Univ represent something similar.

Of course the monastery has new crucifixes — beautiful ones. The monks carve them along the lines of a prototype created by one of their elders, Father Juvenaly Mokritsky, who died in 2002. Under Soviet rule, Greek Catholics often fled to Rome for protection. When they built a cathedral there, Santa Sofia a Via Boccea, Father Mokritsky was told to make the crucifix for it. Carved in a Ukrainian countryside style, his version is called a Life-Giving Cross, an expression of hope for Greek Catholics in exile.

A small version of the Life-Giving Cross may be seen today at Notre Dame, in 1050 Nanovic Hall. The cross was donated to the University by former visiting scholars to the Nanovic Institute for European Studies who came from Ukrainian Catholic University, located in Lviv, about 30 miles west of Univ.

The Life-Giving Cross is the first acquisition of a new campuswide project led by former Arts and Letters dean Mark Roche, the Rev. Edmund P. Joyce, CSC, Professor of German.  The idea behind the Crucifix Initiative is to augment the many mass-produced crucifixes at Notre Dame with handcrafted ones, from all parts of the world, that have stories to tell. Each crucifix will hang next to a sign explaining its background and significance.

Involving many University faculty, staff, students and members of the Congregation of Holy Cross, the project aims, Roche says, “to stress not only the universalism of Catholicism and the internationalism of the University, but also the link between teaching and research.”

The second acquisition is a road cross from Peru that now hangs in 113 DeBartolo Hall. In the 16th century, Spanish settlers placed crosses of this kind along colonial roads, on top of funeral mounds and in pre-Hispanic sacred places. Today in Spain and many Latin American countries, the road cross plays an important role in Christian festivals in May. Along with conventional features such as the sun, moon and INRI sign above Christ’s head, a road cross often also includes a number of symbols chosen by the artist. Consequently, no two road crosses are ever the same.

By acquiring and installing such crucifixes around campus, the committee hopes not only to promote works that are beautiful, but to reinforce the sacramental vision of the University, which was itself laid out in the form of a cross.

“The historical associations between Catholicism and the arts are magnificent and bountiful,” Roche says. “I think the diversity of the crucifixes will contribute greatly to Notre Dame’s educational mission.”

Those who see them might also contemplate how the history of the sacrifice the crucifixes represent — extended on so many levels, in so many places, with such depth of feeling — has now come to them.