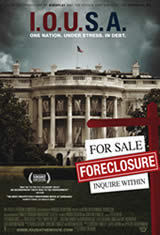 Notre Dame graduates have been busy with documentaries. They’ve also been busy showing them at film festivals, from Sundance to Slamdance—and, when they’re lucky, scoring a deal to release the film to theaters. When you can’t catch them at your local multiplex, we suggest an Internet search for the following films, which generally are available on DVD.