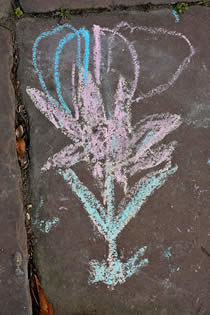 “What can you do with that major in the job market?”

That question or some variant of it often sours an otherwise happy reunion of a Notre Dame student with his parents. The parent may not ask it outright, and certainly not at Christmas dinner or Easter breakfast — parents do have a sense of the right occasion. But the question can be read in the eyes and in the pauses when parents and children are together. And after the children have gone back to campus, the parents get it out and worry it between them.

It’s not that these parents don’t want a broad education for their children; they have sent them to Notre Dame for just that. But by the time the children are juniors, if not earlier, parents begin to yearn for some sign that they are focusing their studies toward a goal. When students float from one major to another, dipping into courses which seem miles away from any coherent life plan, parents get nervous.

We middle-class Americans have sanctified the notion that single-minded devotion to a goal is the key to success. Autobiographies of famous people often include statements such as “All my family have been lawyers. I never considered any other profession.” Or “I knew from kindergarten days that I would be a priest.”

But that’s not the only way to live. It isn’t even the way most people do.

Most of us, I think, are living a different story than the one we worked out when we were 20. I certainly am. When I graduated from college I was offered a fellowship for graduate study leading to a teaching position. I refused it without a second thought, even though I didn’t have a job. Teaching, I thought, was a dull and stodgy career. I wanted something exciting.

I eventually made a career in a New York literary agency that represented some famous authors. But in late middle age I began to think that teaching might after all be a rewarding profession. I went to graduate school, got my master’s and doctoral degrees, and now I’m a college professor. I love it.

Was that a mistake, then, that I made in my youth? Were all those New York years a waste, a wrong turn that kept me from my proper profession? I don’t think so. My proper profession, as I define it after living it, is to be a college professor with publishing experience.

Jean-Paul Sartre, one of the prophets of existentialism, says that man first exists and then defines himself. That’s what I’ve done.

The crucial movements of our lives are often unplanned. They come about because of some encounter or event that at the time seems trifling. The important people in our lives come unheralded and even unrecognized. Only when we look back do we define them as major influences.

Things like this happen: Joe Clements answered an ad for a job as a book salesman. The job had been filled. But the employer said to him, “Look, do you know anything about printing, layout, stuff like that? We’re hurting for somebody in production. We’ll even teach you if you’re interested.” So they taught him and he was good at it, and he went on to become a successful designer of books.

People’s hobbies become their professions. A chance encounter leads to a new job. A talk with a stranger on an airplane, or a sentence in a book, turns the world around and we switch directions.

Existentialism — building our lives out of the materials that come to hand — that’s the way most of us do it. Then we look back and call our career by the shape it has assumed.

If parents would reflect on how many chances and coincidences and serendipitous encounters and trivial events have shaped their own lives, they might feel calmer when they see their 20-year-old daughter majoring in philosophy with no idea of what gainful employment that might lead to. Or when their 20-year-old son informs them that he’s going to spend the summer working on a fishing boat out of Galveston instead of clerking in Uncle John’s insurance office.

A few parents may be able to look back at their lives and affirm that at 20 their ambition was to do exactly what they are doing today. A very few have had one job and one only since they started work. One man out of a thousand recognized his future wife the instant he met her. One woman out of a thousand never considered any other possible husband. But most parents, if they think back, will recognize that time and chance have caused many changes in the lives they once planned.

To those parents, let me recommend an existential serenity about your children. “Man first exists and then defines himself.” Try to live with the idea that your child is making up his life as he goes along, as you are doing, rather than fitting the life to a preconceived pattern.

I don’t think that God has a plan for each of us, as we used to be told. I think He has made us free, really free, to devise our own patterns. I think he takes pleasure in our free-hand designs, just as parents take pleasure in their children’s drawings when they draw purple trees and cows with both eyes on one side of the head. They don’t complain: “Trees are supposed to be green.” They simply rejoice in their child’s developing creativity.

If your children seem to be drawing purple trees even at 20, keep rejoicing. They are drawing their lives, with whatever crayons and inspirations come to hand. Wait for the whole design to emerge. Trees can look purple in certain rosy dawns and copper sunsets. Let the picture widen and develop.

In the meantime, paste the purple tree fondly on the door on the refrigerator.

Elizabeth A. Christman, an associate professor emerita of America Studies at Notre Dame, died Feb. 4, 2010. This essay ran in Notre Dame Magazine in May 1980. Professor Christman adapted it from a talk she gave at the closing breakfast of Junior Parents Weekend, February 24, 1980.