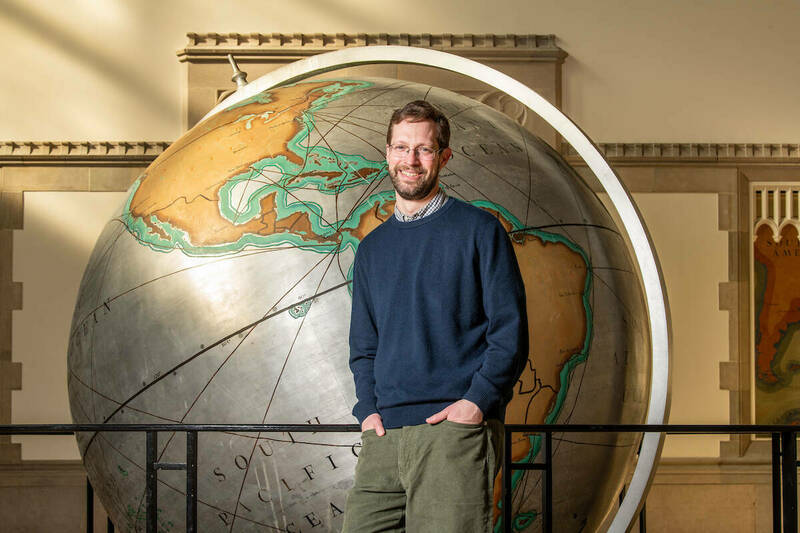 On the first Earth Day — April 22, 1970 — it was still legal for American factories to pump toxic smoke into the air and dump waste into nearby rivers. In Cleveland the year before, sludge caught fire in the Cuyahoga River for at least the 12th time, attracting news coverage from Time and National Geographic magazines. Several years earlier, Rachel Carson’s Silent Spring had drawn attention to the dangers of pesticides and sparked a nascent environmental movement.

The U.S. Environmental Protection Agency didn’t yet exist. There was no Clean Water Act and only limited federal law protecting air quality.

An estimated 20 million Americans turned out that spring day in 1970 to volunteer and learn in honor of nature and the environment. Activities were varied, ranging from teach-ins and river cleanups to protests and marches at thousands of sites, including grade schools and universities.

Recently, Notre Dame economics professor Daniel Hungerman wondered whether all that activity made a difference. Did one day of volunteerism have any lasting impact?

Hungerman and doctoral student Vivek Moorthy ’19M.A. have spent years researching the importance of activism in the context of Earth Day. They examined data from sites across the country to study the long-term effects that participation in the original Earth Day had on public attitudes, environmental outcomes and children’s health. They drew on federal weather reports, government birth data, air quality test results and the General Social Survey, a sociological study that has been regularly collecting data on American opinions and behaviors since 1972.

What they found is striking: Bad weather in a community on that first Earth Day correlated 10 to 20 years later with weaker support in that community for the environment, particularly among those who were age 20 or younger in 1970. Poor weather on that single calendar day was also associated with higher levels of carbon monoxide in the air at that location and a greater risk of congenital abnormalities in infants born there over the following two decades.

On the flipside, their research also shows that communities that experienced good weather — and thus better participation in events that day — had stronger pro-environmental attitudes, healthier infants and cleaner air in the decades that followed.

“What we’re showing is that regular people can come together in a community on one day and make a huge difference that can last for decades. And that actually happened on Earth Day all across the United States,” Hungerman says. The results further suggest benefits to voluntary activity that might be impossible to pinpoint until years after it occurs, he adds.

During the research, Hungerman met several participants from that first Earth Day and was inspired their experiences.

One such participant was Walt Pomeroy, who in 1970 was an undergraduate geology major at Albion College in southern Michigan. Pomeroy led a group of Albion residents who gathered to clean up a section of the Kalamazoo River. Students collected discarded aluminum cans and sold them to a scrap facility. The section of the riverfront that was cleaned up was turned into a park that is still in operation.

For Pomeroy, participation in Earth Day turned into a lifelong dedication to environmental causes. He and students from other Michigan schools formed the Michigan Student Environmental Confederation, whose members worked with state and federal legislators to strengthen environmental protection laws.

Pomeroy later became a regional vice president of the National Audubon Society. He credits Earth Day for helping to promote returnable bottles and cans and lowering phosphate levels in detergents.

Earth Day in 1970 took place only in the U.S., was intended to be a one-time event and wasn’t celebrated again until two decades later. Nowadays, it’s celebrated annually on April 22 around the world and is generally considered the birthday of the modern environmental movement.

Hungerman was drawn to the topic not primarily out of environmental concern, but because his research frequently focuses on issues related to volunteerism. “But having done this work has definitely made me more sensitive to environmental issues,” he says. “It’s proof that people really can make a difference. You don’t need to be a millionaire. You don’t need it to be organized by some national group that has big influence or political clout. In this moment, this is a story of local communities doing their own thing on one day and making a difference in that community for years to come.”