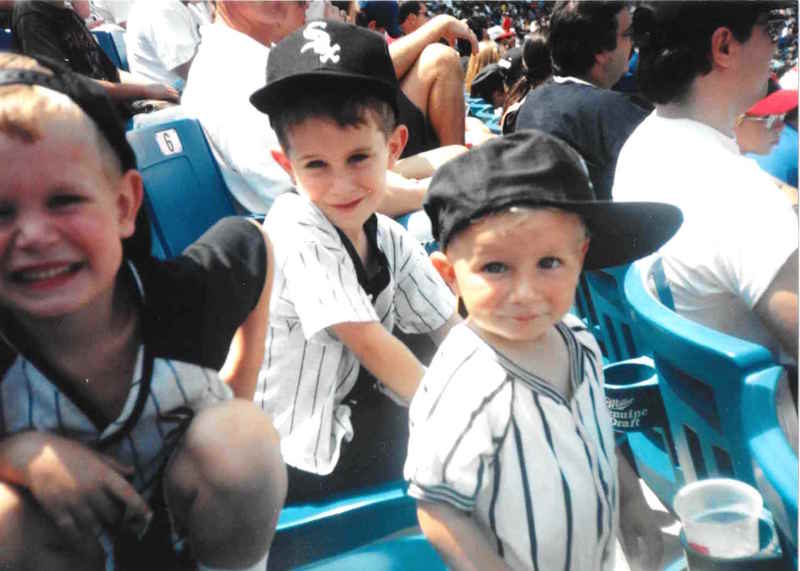 The author and his brothers at a childhood Sox game

I’ve never bothered to ask my parents what my first words were, but I have a pretty good idea of the phrase I’ve repeated most since I started speaking some 24 years ago.

I must have said those words at least 10,000 times — to wide-eyed children, their often-frazzled parents, revelrous tailgaters, die-hard fans who traveled hundreds of miles, casual game-goers who simply strolled down the street and everyone in between. I shared this wish on sweltering summer days, blustery Midwest autumn evenings, under ominous stormy skies and on days when I couldn’t help but add to my standard greeting that, “It’s a beautiful day for baseball!”

I uttered this phrase in almost every situation imaginable, but only in one place: the intersection of 35th and Shields on the south side of Chicago. That’s where I spent five summers working as a Guest Service Representative for At Your Service, LLC.

The company staffs ushers and security guards for the Chicago Blackhawks and Bulls at the United Center, and for the Chicago White Sox at (the now unfortunately renamed) Guaranteed Rate Field, where I first reported for duty in late July 2010.

I was 16 years and two weeks old, and quite nervous to begin my first summer job. As a rather timid and introverted teen, I was scared of the inevitable confrontation that comes with any job involving human interaction. I didn’t want to get yelled at, either by my bosses or by upset fans, virtually all of whom would be much older than me.

And while that certainly happened over the course of the next five summers I spent working White Sox games, the longer I worked there, the more my fear of confrontation transformed into something more akin to appreciation. That’s not to say I ever enjoyed getting chewed out by fans who were more than likely upset with something well beyond my control. But the longer I did the job, the more I valued the perspective it provided me, and the more steadfast I grew in my belief that everyone, at some point, should work a customer service job. If they did, I really believe the world would be a much kinder place.

Because for every disgruntled fan who directed their displeasure at me, I had dozens of interactions that were downright pleasant, and reminded me why I love baseball, the south side of Chicago and, ultimately, people (though not always in that order). Part of that came with the territory of a job at a ballpark, which I will always view as a fundamentally fun place to work. Plus, it was my job to be friendly and welcoming, and to always tell people to enjoy the game with a smile on my face.

And any time I did have a run-in with a nasty fan, I vowed to myself that I would never be that short-tempered with the service workers I encountered in my own life — in restaurants, stores, airports, other stadiums or beyond. I knew how it felt to be on the receiving end of a less-than-deserved outburst, so why would I want to make anyone else feel that way while they were just trying to do their job?

But I tried never to blame people for getting upset with me at the ballpark. Instead, I attempted to understand their frustration and help alleviate it. And even if I couldn’t, I would remind myself that the outward anger I saw was probably the product of deeper issues I knew nothing about. If I had to be a punching bag for a few minutes, I was okay with that. I could take it, and more importantly, I could learn from it.

You see, on their surface, jobs like mine with At Your Service — or comparable jobs like waiting tables or bagging groceries — are fairly menial and mundane. With the right perspective, though, they become exercises in empathy. They help us see ourselves reflected in others and invite us to imagine what circumstances brought us together, if only for a passing moment. And at least for me, customer service work showed that it costs nothing to be kind, while adding immeasurable value and joy to the world. 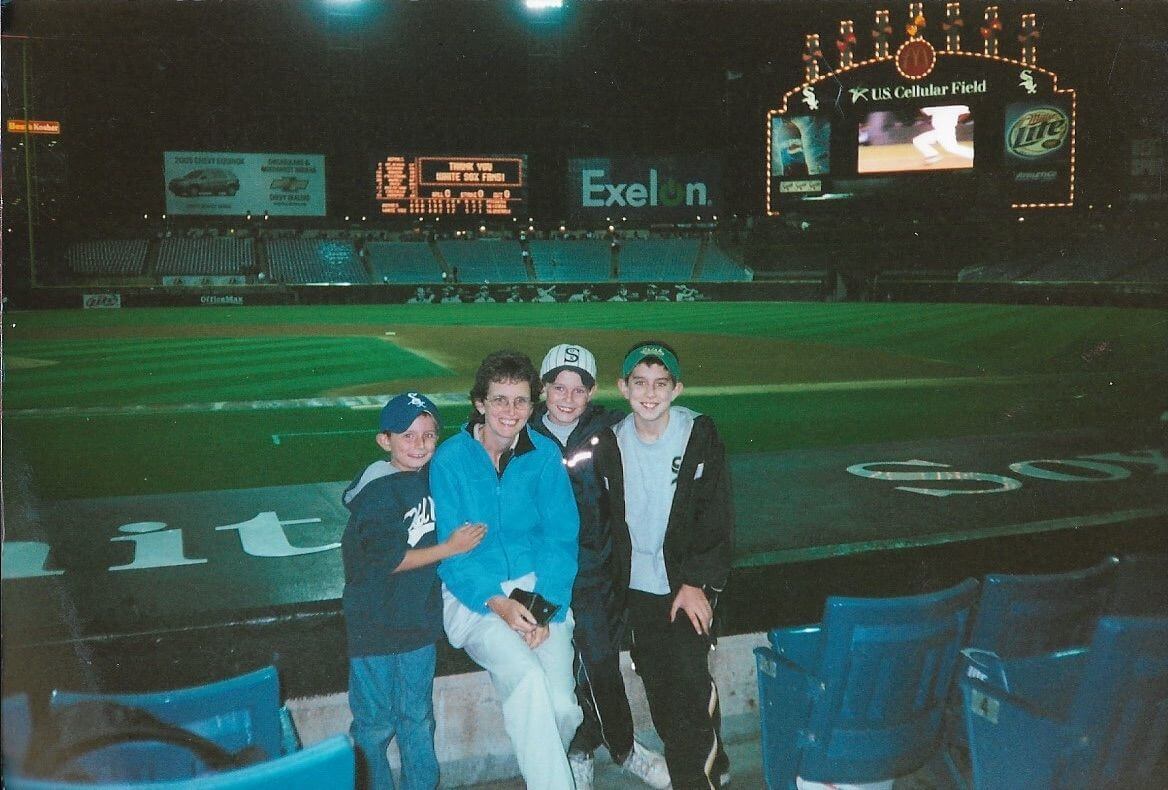 Four White Sox summer employees, past and present: the author, his brothers and his mom

I haven’t always thought this deeply about my first job with the White Sox, but with a little time and reflection, I’ve realized how the experience has helped shape me into the person I am today and the person I still hope to be. I’ve taken the lessons I learned working Sox games and applied them to every job I’ve had since — and to my life outside of work. I try to be patient, understanding and empathetic. I do my best to keep a pleasant disposition. If someone is wearing a nametag, I call them by their name.

Those were the sort of interactions I treasured most from my time working at the ballpark, and the memories that have remained with me from my first job. While I remember how I felt when a guest criticized me, the details of those moments don’t stick out in my brain. What I do recall is the fun I had.

After I got over my initial apprehension, fun came naturally in my days at the field. I felt comfortable at the ballpark because I basically grew up there, and my job was a bit of a family affair. My mom, Meg, has worked Sox games since she was in high school, and it has remained her summer job through her career as a Chicago Public Schools teacher. Growing up, she would take my two brothers and me to work with her on summer weekdays rather than getting a babysitter for us. All three of us went on to work there for at least one summer.

So not only did my first job help me come out of my shell and teach me how to interact with people in a friendly, professional way; it also gave me quality family time. Over the years, I got to witness hundreds of home games at my favorite ballpark — and cheer for my beloved White Sox while on the job.

Rain delays, extra innings or double headers sometimes made for long days. At the end of the longest nights, it could reach the point where I just wanted the game to end, regardless of who won. But even on those more difficult days, I usually left work with a smile on my face, perfectly content in the knowledge that I was earning much more than a fairly meager paycheck at a summer job. I was having a blast, and soaking up every last bit of the communal experience of gathering for a common and entertaining purpose. In other words, I always enjoyed the game.