According to billboard.com, the highest attended rock tour of 2013 was Bon Jovi, with a total attendance of just under 2.2 million.

According to The Blue Angels website, the Blue Angels perform in front of an estimated 11 million people per year. That’s five times more than Bon Jovi.

So this past summer when my best friend David and I found ourselves at a restaurant talking with Blue Angel pilots LTJG Phil Harper and LCDR John Hiltz ’02, we felt like we were hanging out with rock stars. 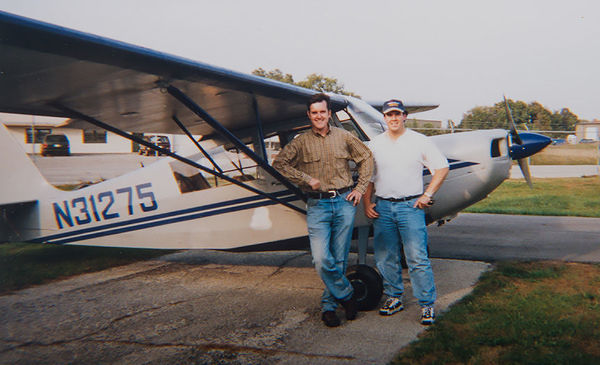 I was there because I’d pitched an alumni profile story on John Hiltz. I’d met John when the Blue Angels performed a memorable flyover before the Notre Dame-Navy football game in 2013. David was with me because he’s an outstanding assistant. Er, well, that and the fact that we are unashamed aviation geeks. In 1998 we talked ourselves into buying an airplane and learning to fly. Yes, in that order. Job and life changes mean we no longer own the airplane, but we both still fly, so missing the chance to spend some time chatting up the Blue Angels was unthinkable. 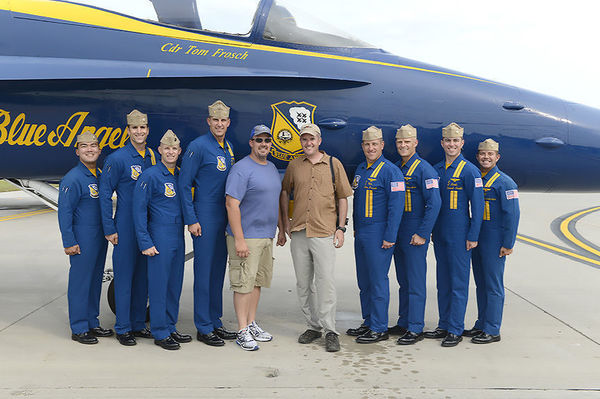 David and I had a great time chatting with John and Phil. We talked about Notre Dame, Bookstore Basketball and, naturally, flying. Lt. Harper said he might go into politics when his Navy career is over and he has my vote if I ever get the chance. But “wingmen” we were not — our night came to an end well before midnight because these rock stars had a demo the next day and a curfew.

Afterwards, I texted John and joked “You guys should be partying with supermodels but instead you’re hanging out with…us.” He texted back, “If you see any supermodels let me know.”