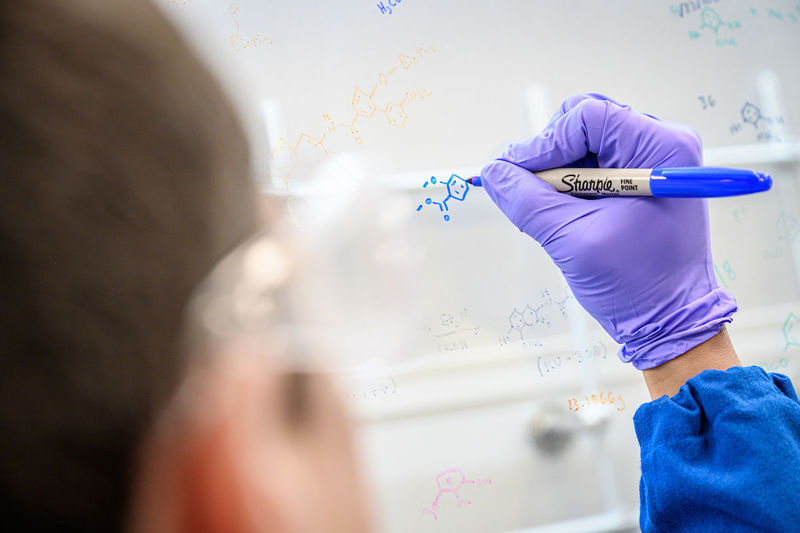 It was one thing, months ago, to examine the contested role of expertise in contemporary culture. It is quite another to live through this unprecedented time in history, an era when the place experts occupy in society has assumed life-and-death proportions.

Whether you carefully read the Winter issue essay on expertise, abandoned it as too dense or flipped past it to news of your classmates, this much is certain: In the last several days you have wondered what the experts have to say, asked why the experts were not consulted, dreaded the verdict of the experts or contemplated how life would be different now had the experts been consulted sooner, their advice followed, their knowledge respected.

One way or another, you also may have encountered this piercing paragraph from The Death of Expertise, written by Tom Nichols, a professor at the U.S. Naval War College: “I fear we are moving beyond a natural skepticism regarding expert claims to the death of the ideal of expertise itself: a Google-fueled, Wikipedia-based, blog-sodden collapse of any division between professionals and laypeople, teachers and students, knowers and wonderers — in other words, between those with achievement in an area and those with none.”

The Nichols book was written three years ago. It is not out of print — it ranks No. 6 in Amazon’s list of bestsellers in the culture category — but it may soon be out of date. Why?

Because we are witnessing a renaissance of respect for expertise.

Opposition to vaccines, climate-change denial, conspiracy theories and charges of elitism have little traction in the midst of the fight against coronavirus. The experts are back in the trenches, seeking to warn, seeking to advise, seeking to find a cure for the COVID-19 virus that has screeched life to a halt even as it has threatened life and prompted fresh reflection on the value of life and of life’s core values.

We once again recognize that experts have much to tell us. They are back in our good graces — and we should have the good grace to admit that by undermining their authority we have undermined our own safety and our own society.

Never — at least since World War II, or perhaps since polio still ran rampant — have we needed expertise more. And, happy to say, despite their dismissal in much of the public mind, experts have remained in their laboratories, in the hospitals, in the high counsels of government, prepared to share their knowledge for the public good and to develop treatments for threats like the one shadowing us now.

“There’s no question that expertise is essential in a time like this,” Jason Opal, a McGill University historian, told me as the virus spread its menacing vapor across North America. Opal is writing a history of epidemic diseases with his father, Steven Opal, a clinical professor of medicine at Brown. “Leaders should be saying, ‘We can do this,’ and then let the experts have at it. The politicians can provide the leadership but they have to say the experts have the knowledge and they don’t.”

That is precisely how the closing of Canada’s borders was rolled out a day after Opal and I spoke. Prime minister Justin Trudeau said he consulted with the “best possible experts” but emphasized that major decisions were made by officials elected by the public. “Decisions are not being made by experts,” Trudeau said while speaking in front of his Rideau Cottage home in Ottawa, where he withdrew after tests showed his wife contracted the virus. “They are being made by people who are elected to serve Canadians. Those are made after consultations with experts.”

Only days after the magnitude of the threat became clear in the United State — the end of the second week in March, when President Donald Trump sat at an Oval Office desk constructed from the timbers of the British ship HMS Resolute, and addressed the American people — the two remaining major Democratic presidential candidates held the 11th debate of the long primary season. Prominent among the thrusts and parries was the employment of the word “experts.” It came in Biden’s pledge to summon “all the experts in America,’’ in his plea to “listen to the experts’’ and, finally, in his bow to the reality that many of the experts toil in laboratories, to “start to listen to the scientists again.”

The other day I reached out to Tom Brokaw, the veteran NBC newsman and the person who made the phrase “greatest generation” part of the national lexicon. I was seeking his perspective on the similarities between World War II and this current crisis for my nationally syndicated column. Without prompting — and without knowledge of my preoccupation with the status of expertise in our culture — he urged President Trump and House Speaker Nancy Pelosi to appear “side by side, empowering the experts to go bold NOW.”

The truth is that the United States has a surfeit of experts — some of them, to be sure, full of themselves, but most of them full of knowledge and experience. Indeed, there are more experts alive in this country than at any time in our history and, in fact, it is almost certain that most of the experts who have ever been alive are walking the earth today. Many of them work for private industry, but many work for the government — in short, for us.

“This is the moment for career public servants who dedicated their lives to understanding very complex scientific and technological issues that we need so badly now,” Massachusetts Senator Edward J. Markey, the ranking member of the Senate science subcommittee, said in a conversation as he avoided air travel by motoring south from his home state to the capital. “Thank God the kids in the first row of our high school classes — the ones who always had their hands up — dedicated their lives to being experts. We need them now.”

In truth, we needed them all along; Franklin Roosevelt knew that when he created the March of Dimes and enlisted experts to beat back polio. Barack Obama knew it when he summoned experts to contain Ebola. Our downgrading of their importance and potential impact was a near-fatal error.

In Canada, Bill Blair, the country’s minister of public safety said, “From the outset all of the steps being taken have been informed by the experts.” That meant men and women steeped in their areas of study, their expertise built by diligence and discipline, almost always over the course of years, oftentimes in lonely isolation — dedication that has been undervalued for so long.

“We undermined public confidence in expertise, particularly in science,” Matthew Seeger, a risk communication expert at Wayne State University who helped develop the 450-page CDC guidebook on how to handle crises like these, told me this week. “It is creating real challenges in persuading the public to take appropriate action, first with vaccines and then with climate change and now with the virus. But in recent days science seems to matter more. There comes a point where facts are so evident that even the skeptics cannot ignore. They can create alternative realities so much, but at some point that no longer suffices. This circumstance has demonstrated how critical scientific experts are in our society.”

This is no time for a handshake, but some day it will be, and the country owes a vigorous one to its experts.

David Shribman is a frequent contributor to this magazine. A Pulitzer Prize-winning journalist and professor at McGill University, he retired as executive editor of the Pittsburgh Post-Gazette in 2019.