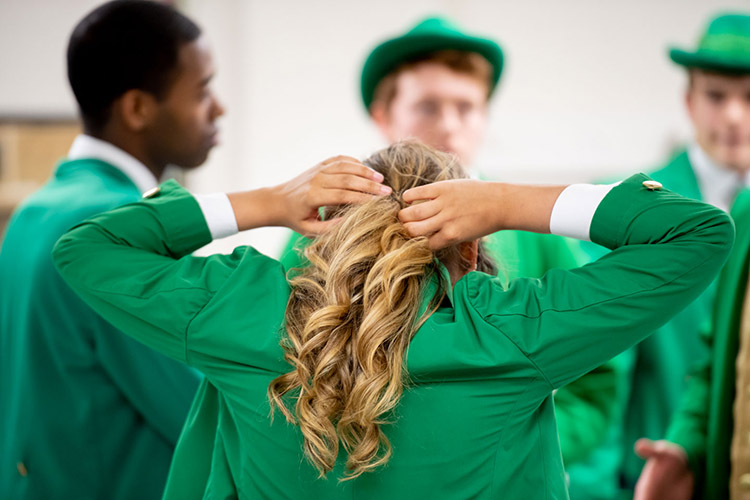 Five students auditioned for the role last week in a public event at the Joyce Center, and from that group, three were selected as the 2019-2020 leprechaun squad. Junior Samuel Jackson and sophomores Conal Fagan and Lynnette Wukie are all historic choices to fill the role of green-suited team mascot — Fagan, entering his second leprechaun season, is the first native Irishman to don the hat, while Jackson and Wukie are the second and third African-Americans — but the selection of a woman is especially notable.

In her application video, Wukie (a resident of Pasquerilla West Hall and a native of Elyria, Ohio) asked, “Who says the Fighting Irish can’t fight like a girl?”

University photographer Matt Cashore ’94 was on hand at the JACC to capture the four-part auditions — a process that includes mini pep rallies and mock press interviews, among other challenges. A larger photo essay documenting the highs and lows will appear here in the coming weeks, but for now, enjoy these photos of the first lassie leprechaun to take the field for Notre Dame.