Now imagine that one person is in charge of the interior spaces in every one of those variegated buildings.

That is sort of what it’s like to be Julie Boynton. 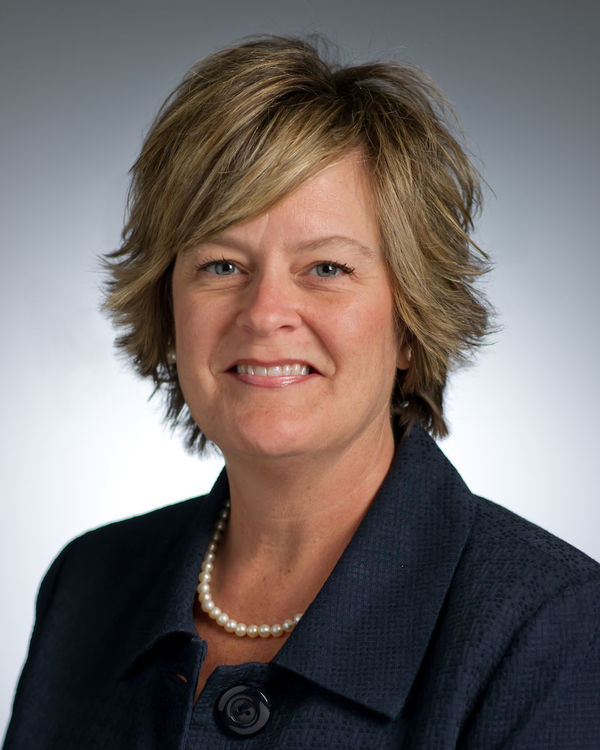 As the University’s director of interior architecture, Boynton oversees the design and aesthetics of all of Notre Dame’s interiors, from dorm-lounge paint colors to “Elevator This Way” signs. She isn’t alone in this endeavor — she works within the facilities design and operations department and manages a small team — but she is its head, a role that she says involves as much listening as it does leading.

With each project, Boynton and her team start by spending time in the space and talking with the people who use it. An administrative division with lots of new hires may have a flexible office plan as its priority. The music department needs acoustics. A dorm needs to be homey. The common misconception about working in interiors — that it’s all picking paint colors and feng shui-ing couches — doesn’t account for these nuances. Hence: interior architect, not interior designer.

That title choice, Boynton says, “was actually a conscious decision by [University architect] Doug Marsh to make sure people understood the role that interiors folks play. There’s a lot of expertise that goes along with it.”

As I talked with Boynton, I brought up my own dorm, Howard Hall, as an example. We were pining for a renovation throughout my time at Notre Dame, and if it were just a matter of picking new furniture and slapping on fresh paint, my fellow Ducks and I could (and would, happily) have done that ourselves. But the problems in our building weren’t cosmetic — what we really needed were redesigned common spaces, updated kitchens, widened hallways. Howard got its long-awaited renovation just after my graduation, and all of those changes came with it. That project didn’t need an interior designer or decorator; it needed an architect.

“And that was an interesting building!” Boynton says. “It’s older and it’s small, and it was fun to come up with a way to make it more interesting and open and a little more current.”

Reminiscing on that project also illuminated another challenge of Boynton’s job. As a student, I could have told you that Howard needed renovating, or that Crowley could use an upgrade. A friend who lived on Mod Quad and played on RecSports leagues could have told you the needs in North Dining Hall and Rolfs. Every person on this campus knows the needs of a different set of buildings. The interior architecture team has to know them all.

Boynton says that, at any given time, her team is typically working on up to 120 projects.

“Any of the major ones,” Boynton says — Campus Crossroads, the new architecture building, McCourtney Hall — “people know about and hear about. What people don’t see is behind-the-scenes projects, where someone might want us to renovate half of their suite.”

We all notice the changes to campus when we go away for a few years and come back to discover a new quad where there was once a parking lot. But from new 24-hour lounges in Howard to new labs in Jordan and even new buildings at Global Gateways an ocean away, the landscape of Notre Dame is changing every day, in ways that few people besides Boynton could name.

“People always say, ‘What do you like most about your job?’” she says. “I love the variety. One day I could be working with athletics. The next day I’m working with a cellular research lab. It keeps you learning all the time, because you’re always trying to understand a new environment.” 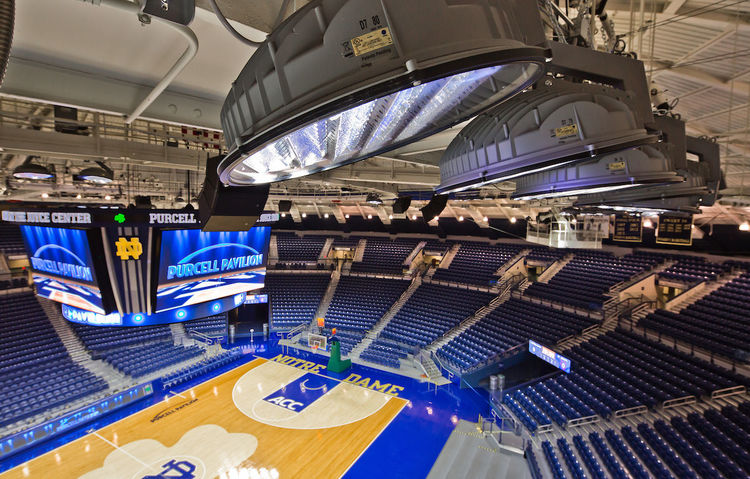 The renovation of the Joyce Center was among Boynton's favorite projects.

Of course, some environments are newer than others.

Boynton, a South Bend native, lists the renovation of the Joyce Center among her favorite projects in her 15 years at Notre Dame. She grew up coming to the venue (in its various guises and names) for concerts and other events.

After all, think back to that small town. The people who live and work within its borders aren’t the only ones who experience it, just like students and staff aren’t the only people who interact with Notre Dame. South Bend locals spend time on campus. Visiting sports teams and their fans drop by. Parents come to town for move-ins, Junior Parents Weekends, and graduations. Those visitors, and the generations of visitors who will follow them, need to be served by our buildings too.

“The ability to really have a mark on something that’s going to be here long after you’re gone and that wide varieties of groups will use,” Boynton says, “is really kind of special.”

The next time you’re on campus, take a peek inside one of the new buildings that have been added to the map, or revisit one you’re familiar with. If you notice a well-placed study room, an easy-to-use wayfinding sign, or, yes, a fun paint color, you know who to thank.