When Father Hesburgh recruited Timothy O’Meara from Princeton University in 1962, the keen-eyed mathematician stipulated in his agreement that he would come only if he remained free of any administrative duties. Ironically, the native of Cape Town, South Africa — who at 35 authored Introduction to Quadratic Forms (now considered a classic), who continued to publish on quadratic forms, number theory, linear groups, the classical groups and K-Theory, and who developed a new foundation for the isomorphism theory — is probably best known at Notre Dame as an administrator. And as a leading force in the University’s academic acceleration. 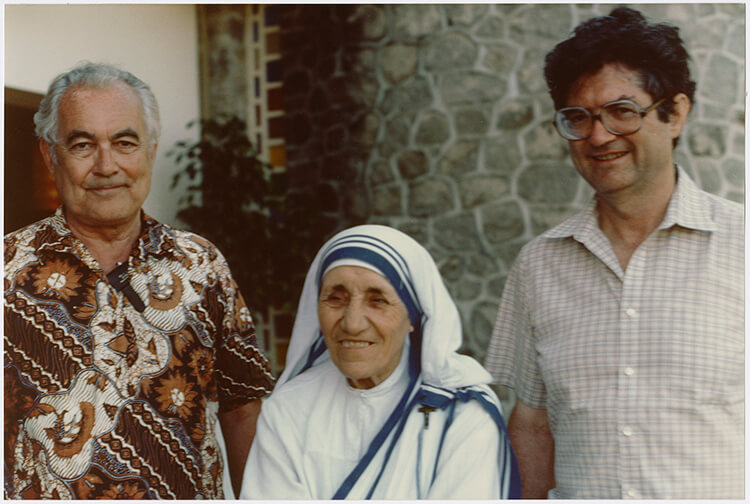 O’Meara twice served as chairman of the Department of Mathematics in the 1960s and ’70s, and in 1978 became Notre Dame’s first lay provost, a position he held for 18 years. In both roles, and as a member of the University’s Board of Trustees, O’Meara was for decades a strong and visionary leader in Notre Dame’s transformation. Bridging the Hesburgh and Malloy eras, he engineered an ambitious upgrade in graduate studies, research and faculty advancement, and fostered educational relations internationally, including in China when doors there were first opened to the West. He was respected not only for his razor-sharp mind, long hours and personal discipline but also for his eloquence, humor and charm.

Alex Hahn, a former O’Meara doctoral student who is now an emeritus professor of math, praised O’Meara for elevating “the quality of the intellectual environment at Notre Dame dramatically,” adding, “Tim’s rigorous commitment to ‘superior scholarship by a superior faculty’ provided significant momentum that has enabled the University’s more recent administrations to continue to promote the pursuit of academic excellence effectively.”

And yet, O’Meara once described his principal responsibility as “preserving the Catholic character of the University and not being afraid to say it.”

He found the interplay between reality and the elegant language of mathematics “fascinating” and “mysterious.” He relished the “intrinsic harmony between mathematical forms, nature and the mind,” and explained how mathematicians “study relationships among all sorts of these forms in increasing degrees of abstraction,” then how some of these abstract ideas “come back to earth and allow us to explain nature, or even to change it.”

Once — after tracing the history of mathematics from “the lines, triangles, squares and circles of Euclid that occur to us through our experience in nature,” through the mathematics of the Babylonians and the discovery of algebra by the Arabs in the Middle Ages, which gave Newton the calculus to explain how gravity “held the heavens in their place” — O’Meara concluded, “So far as I am concerned, if these are not visible signs of the hand of God at work, then I would like to know what is.”

As a young man, O’Meara explored the world at a different level. He rode his prized 1.0-litre Black Shadow motorcycle throughout Africa, Europe and North America. His wandering ways came to a halt when he met Jean T. Fadden of Philadelphia. She gave him a choice — her or the motorcycle. They married in 1953 and all five of their children attended Notre Dame.