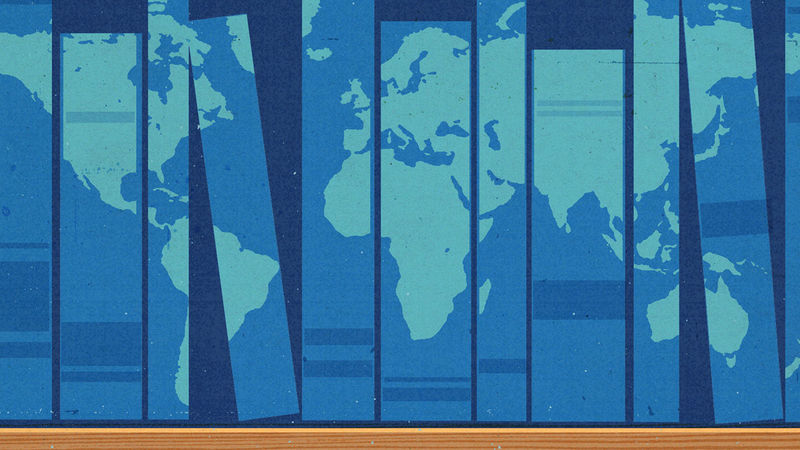 A day will come when the Donald R. Keough School of Global Affairs is one of Notre Dame’s lead agents for doing real good around a world in need.

A day will come when Notre Dame and Keough are synonymous in the global development world with intelligent approaches to local cultures and to religion’s role in world events, as well as with the formation of lasting partnerships across the public, private and nonprofit sectors. When the not-yet-built Jenkins Hall is a destination for an international relations and global development community generally tied to the coasts. When that community will say it is meeting the multifaceted problems of a complex and interconnected world with fresh energy and that Notre Dame is a part — maybe even a leading part — of the solutions.

If all goes really well, the day may come when Keough, which takes its place among Notre Dame’s four colleges (Arts & Letters, Business, Science and Engineering) and two schools (Law and Architecture), is one of the elite global affairs programs in the English-speaking world.

Today is not that day.

Today is September 30, 2014, and given how quiet all the work to date has been, it would be easy to think — incorrectly — that the Keough School of Global Affairs is one man, Professor R. Scott Appleby ’78, eating a cup of soup and half a sandwich in the Hesburgh Center for International Studies’ café. He’s talking about the work ahead that will turn years of deliberation and $50 million in gifts from former Coca-Cola COO and Notre Dame trustee emeritus Donald Keough and his wife, Marilyn, into a going concern. 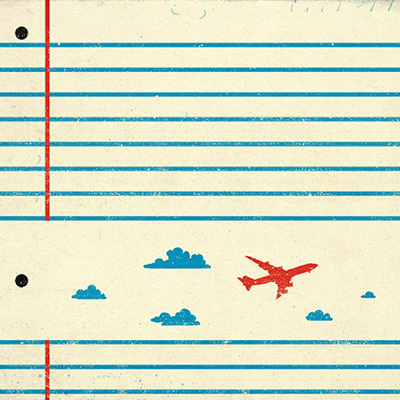 Tomorrow, October 1, is the school’s national coming-out party. The New York Times and Wall Street Journal are calling. Notre Dame’s president, Rev. John I. Jenkins, CSC, ’76, ’78M.A., will articulate his vision for the school and officially name Appleby, a historian of religion who for 14 years directed the Kroc Institute for International Peace Studies, its Marilyn Keough dean.

Appleby, along with an efficient staff and leadership team drawn from the seven academic units (see sidebar) gathering under the Keough umbrella have three years to attack their to-do list. At the moment it reads something like this: Knit ourselves together into a cohesive group. Develop a curriculum. Work with architects to draw up the new building. Identify and hire 15 to 20 new faculty beyond our core of Kroc peace scholars and other ND professors. Set an operating budget. Raise the rest of the endowment — well more than $100 million in all — needed to support it. All while recruiting a “super-talented” first class for the autumn of 2017.

Appleby glances at his watch. He offers to switch jobs with me, smiles, then continues, unperturbed. He’s explaining why, this far in to the 21st century, Notre Dame is placing an expensive bet on such a well-established arena of professional education.

The University isn’t the only relative newcomer to a game that began a century ago with George Washington and Georgetown universities in Washington, D.C. The Association of Professional Schools of International Affairs counts 69 members and affiliates in the United States and overseas, including universities in Russia, South Korea, Singapore and Morocco. Highly ranked programs at Yale, King’s College London and NYU are post-millennium entrants. Indiana University opened its School of Global and International Studies in 2012.

The influence such schools have in shaping our times and how we understand them should not be underestimated. Georgetown’s notable alumni include Bill Clinton, King Abdullah II of Jordan, the late Cardinal John O’Connor and public radio correspondent Linda Gradstein. Johns Hopkins and Harvard attract aspiring leaders both foreign and domestic, and have trained the standing foreign minister of the Netherlands, the presidents of Mongolia and Liberia and the secretary-general of the United Nations, Ban Ki-moon.

When we sat down, Appleby began by talking about how Notre Dame students are already trying to prepare themselves for careers in a world that’s increasingly connected, one that’s more transnational and multilingual than ever before. The pace of change shows no sign of slowing. And without a professional school that can further advance the globalization of the University beyond Global Gateway buildings and faculty exchanges by connecting students and research to the needs of the world, Notre Dame risks irrelevance.

But there is something more: An opportunity to deepen global development as a field that fits the University’s mission of scholarship and service animated by Catholic social teaching. Think of it as the next step in perpetuating Father Theodore M. Hesburgh’s legacy of peace, democracy, development, human rights and respect for local cultures, Appleby says.

Appleby believes the moment is right. Cold War-era analyses of world affairs often viewed problems like poverty, environmental degradation and violent conflict as unrelated, and mostly ignored religion as a motivating force in people’s lives for good or ill. Today, governments, aid organizations and even multinational companies are desperate to understand the way religious belief in particular shapes ethics and cultural norms around the world.

In September, President Obama spoke to the U.N. General Assembly about the “failure of our international system to keep pace with an interconnected world.” Making explicit reference to the Ebola outbreak, Russian aggression and the brutality of Islamic State terrorists, Obama cited failures in global health investment and the enforcement of international agreements. “And,” he added, “we have not confronted forcefully enough the intolerance, sectarianism and hopelessness that feeds violent extremism in too many parts of the globe.”

The idea of an American president making a speech about religion as central to global security and development was unthinkable even 20 years ago, Appleby says.

In this atmosphere, what the University hopes will set the Keough School apart is its commitment to integral human development. The concept is familiar in Catholic theological circles but is still foreign among secular development professionals and the diplomatic corps. “It points to the need for development to be first of all based on human dignity, which one would think is self-evident, but it’s not,” he says.

Articulated by popes from Paul VI to Francis, integral human development means taking a holistic approach to problems like poverty, resource scarcity, war and human rights abuses. Keough students will understand the interconnectedness of everything from markets and armies to climate change and human health, the dean says, something the traditionally technocratic and top-down international relations and global development communities are only now trying to do.

“Integral,” he says, means students will learn to see the people they serve as whole human beings with religious, cultural, social and physical needs, and a spiritual destiny. Without integral human development as a defining principle, Appleby says, Notre Dame’s contribution would fall short of its ideals — and of addressing real problems.

The new school’s primary concern with human flourishing alongside the customary focus on the interests of nation-states implied by terms like “international relations” also explains the “global” in its name, he says. So Keough won’t compete directly with Georgetown in training students specifically for careers in diplomacy, though they could go that way if they choose.

Instead, the dean foresees graduates who can advise governments toward policies that promote long-term human welfare, or who might lead nongovernmental organizations that deploy funds effectively while lightening burdens and saving lives. He also expects Keough alumni will one day wield influence in the board rooms of multinational corporations that seek increasingly to pair profits with programs to lift people out of poverty. 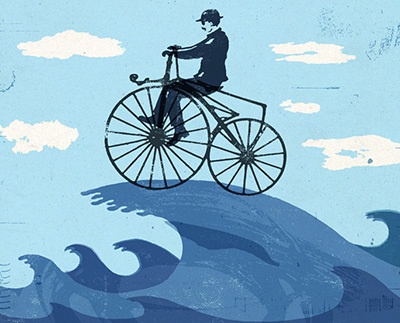 Whatever their career track, Keough students will need to know everything their peers do so they may compete for jobs. Appleby says that apart from the Catholic difference and the push to integrate disciplinary approaches and diverse perspectives, the Keough curriculum will resemble the instruction students receive from the best schools. Students in the flagship master’s degree program will take core courses in economics, policy, theory, quantitative methods and professional skills like analytical writing. Courses in human development, corporate social responsibility, environmental issues and regional studies could be offered in partnership with Notre Dame’s other colleges and schools.

At full strength, Keough will require about 45 to 50 full-time faculty. The school will work with Notre Dame’s existing and emerging strengths in theology, languages, interdisciplinary regional studies, business ethics, international economics, global history and law, as well as related programs in science and engineering like ND’s Eck Institute for Global Health and the Center for Rare and Neglected Diseases.

None of this will be easy. The idea of creating a professional school of global affairs, championed by Father Jenkins and University Provost Thomas G. Burish ’72, required years of vetting and internal debate. Critics questioned whether Notre Dame could carve out a distinctive — and externally valued — niche for itself and its graduates.

There were valid reasons for skepticism. Creating a school is a costly proposition at a time when Notre Dame is aggressively expanding its research enterprise and physical plant in other areas.

Geography, too, is a challenge, especially for faculty and student recruitment. Foreign policy and global development programs fit naturally in Boston, New York and Washington, where faculty and students may interact readily with working professionals. Needless to say, South Bend does not offer the same benefit.

Notre Dame has overcome that college-in-the-cornfield image to establish highly regarded international programs like Kroc, the Kellogg Institute for International Studies and the Center for Civil and Human Rights. But translational research, the capacity to turn pure scholarship into effective aid programs or public policy — of any kind, foreign or domestic — is not a traditional Notre Dame strength. Still, the consensus among ND faculty who evaluated the school plan indicated the University could build upon its platform of international centers and institutes. External consultants from top-ranked institutions affirm Notre Dame’s potential to gather and deliver the needed expertise. So the plan received the green light, and now “hire policy scholars and practitioners” appears high on Appleby’s task list.

The new dean, who was a chief skeptic of the original proposal to create the school, brings to his job a historian’s analytical skills and sensitivity to the importance of religion in people’s lives and world events. He’s an authoritative voice on global religion, having directed The Fundamentalism Project with the noted University of Chicago historian Martin Marty and Contending Modernities, another multiyear, interdisciplinary study of religious cooperation and conflict. He’s also a seasoned administrator, having led Notre Dame’s Cushwa Center for the Study of American Catholicism before he moved to Kroc.

He still works from his Kroc office, just down the hall from the Hesburgh Center’s café. And today, for the moment, he’s a man with a lot yet on his plate.