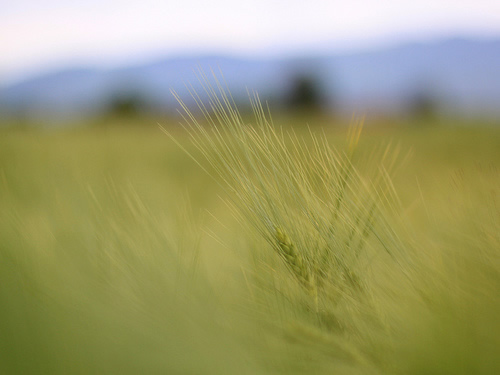 J.D. Salinger died a few days ago. Within the past five years, death has been visiting this generation of authors and artists, including Kurt Vonnegut, Saul Bellow, John Updike, Norman Mailer, Sydney Pollack and Paul Newman. Do we feel the loss? My literature students had never heard of Updike’s Rabbit Angstrom, a literary character who existed for over 40 years in four different novels. My film students had never seen a film with Paul Newman, an actor whose career included nine Oscar nominations. But when I asked a group of sophomores in my American Short Story class if they had read Catcher in the Rye, more than half of them raised their hand. Why? What is it that brings Holden Caulfield into their lives?

As I listened to them talk about Holden, I realized that I wanted to change the subject just a bit. I wanted to tell them about Seymour Glass and the entire Glass family, characters who appear in Salinger’s short stories, particularly the stories written after Catcher. In these stories Salinger gave a lot of attention to Zen concepts, especially something he came to call “detachment.” Holden doesn’t really fit into these stories because he cared so much, too much. And he felt so helpless. He wanted to catch people before they fell, as they came running through the rye. And this is what I kept hearing from my students. They were telling me how much they liked Holden, what a “nice guy” he was despite all his complaints and criticisms.

What is this caring that is at the center of Salinger’s fiction? In memory it seems to be so clearly, even simply, Christian. A literal rendering of Christ’s “Suffer the little children unto me.” Of course, Holden never does catch any little children. But he wants to, and that desire leads to so many of his difficulties. For Salinger, apparently, even just feeling the Christian ethic was a dangerous enterprise. Look at all the breakdowns. Holden breaks down, Franny Glass breaks down, Seymour commits suicide, Buddy lives alone as a recluse. In Salinger the alternative to caring too much is to learn from “pure Zen” its “near-doctrine of Detachment.” Buddy sums up a series of examples with the phrase “don’t care a hoot.” But is Detachment a useful remedy for caring too much? Is it better to be detached than to care? In a world filled with “phonies,” Detachment certainly seems to be safer.

By the end of the book Franny & Zooey, we can see that Franny will apparently recover from her breakdown. Her brother, Zooey, had struggled to detach himself from Franny’s distress. But when he fails to achieve this Detachment he resignedly settles down to talk her through her difficulties. He cares about her well-being and, unlike Holden, Zooey is ultimately able to translate this caring into a helpful act. In his long conversation with Franny he sets out to redefine Christianity for her. At the center of his effort is Christ’s advice that we should “love our neighbor as ourself.” In Salinger’s words this challenging suggestion becomes Zooey’s belief that everyone, including the “fat lady” for whom one should shine one’s shoes, is “Christ himself.”

But just how does one live as if every person in your life is Christ himself, even the “fat lady”? What does such a caring life look like? For the 20 years during which J.D. Salinger published his writing, he worked hard to give us even a glimpse of the enormity of living such a Christian life. Pick up any of his fiction “if you really want to hear about it.”