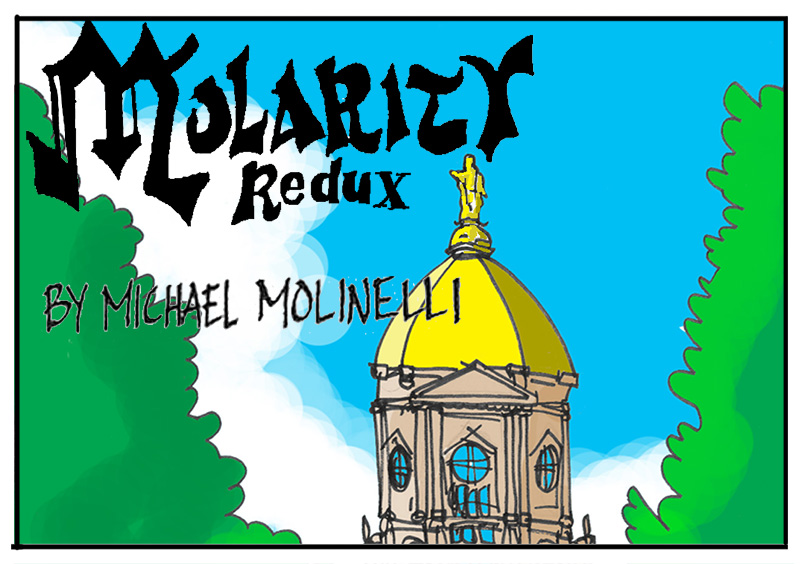 We have moments in life when the veil is drawn back and the mysteries of the universe are revealed. And then we have car trouble. 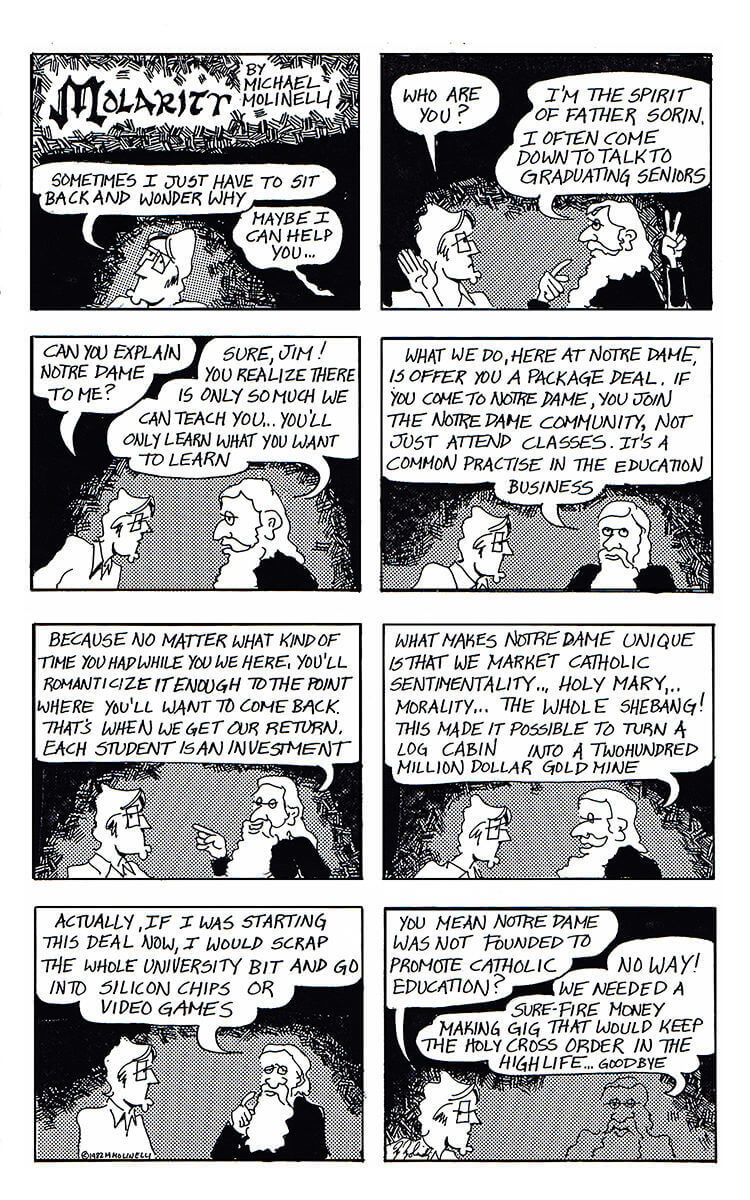 579. I based this cartoon on a conversation I had with Father Griffin, who made this very claim. He said Notre Dame was a choice between a school or a distillery. The cartoon appeared in the paper with my last column. I thanked The Observer for letting me develop my craft and the Notre Dame community for accepting my work so enthusiastically. 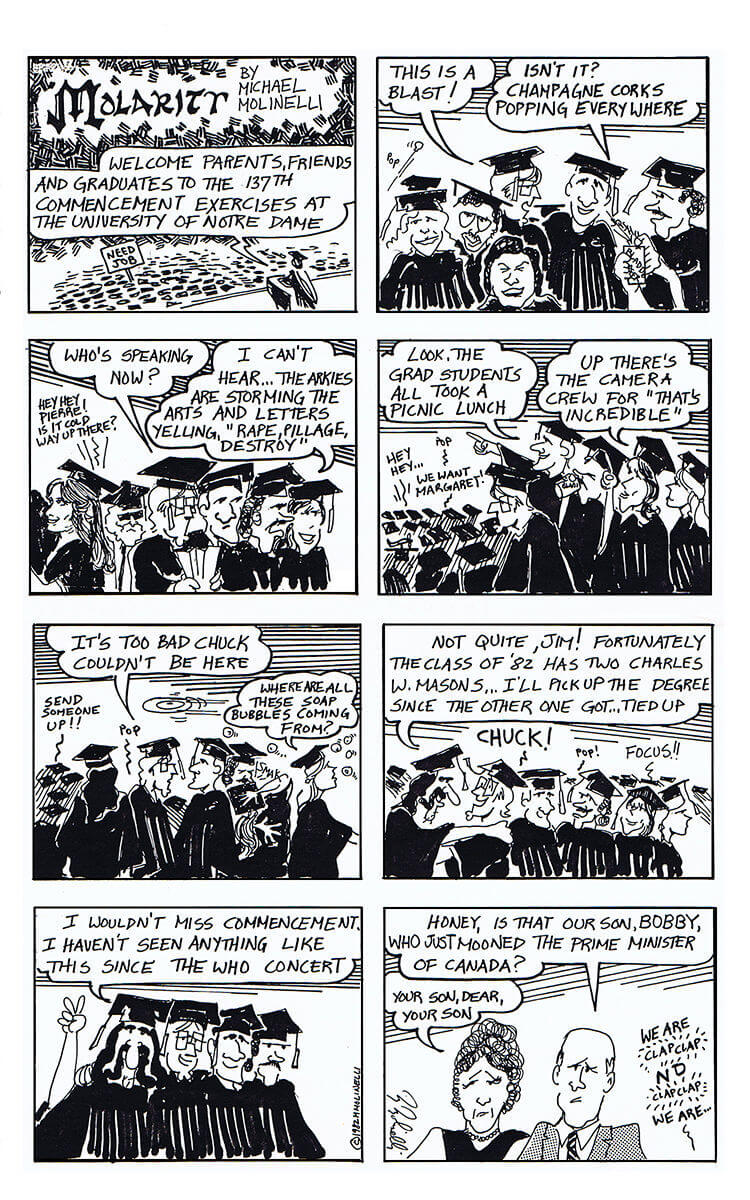 580. This cartoon appeared in anticipation of the commencement ceremony and again in the actual graduation edition a few weeks later. 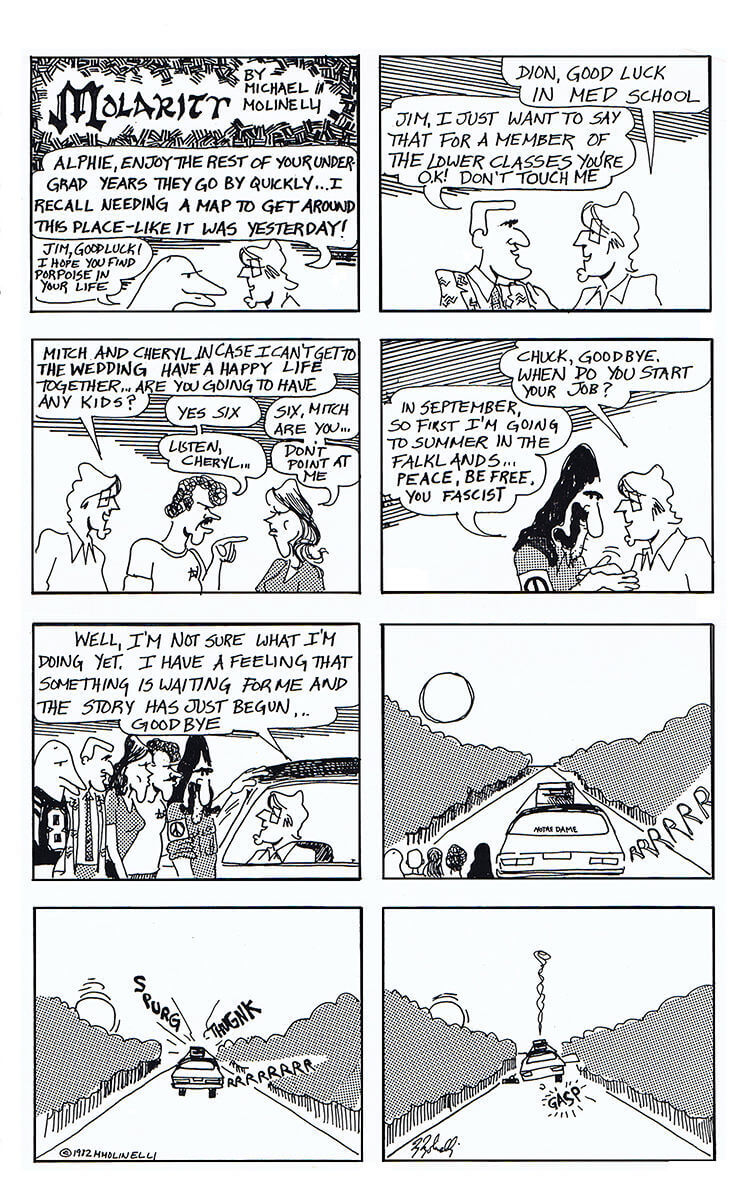 581. The final original Molarity strip published in The Observer. At this point my future was unknown.

I had a standing offer for an architecture job in New York with a small firm for which I had interned. I took an offer to spend the summer at The Cincinnati Enquirer, where I would work on my cartooning and get to rub elbows with their political cartoonist, Jim Borgman, who would win a Pulitzer Prize in 1991. The idea was to develop me for the soon-to-be-launched USA Today, the first national newspaper. The company, Gannett, placed me in Cincinnati and then sort of forgot about me. I did not get any direction. Did they want political cartoons or a strip? Did they want me to rework Molarity or come up with something different?

I drew a lot of strips for an idea with Jim Mole as the central character. I did some art for the Enquirer and I got Saturdays to publish my political cartoons. It was a great experience, but nothing came from it. I went back to New York in September and started that architecture job. I did local political cartoons and won a number of first place awards from the New York Press Association. I tried to sell strip ideas over the years and came close a couple of times but never made it to the show. Then Notre Dame Magazine called. . . .