Contemplation has its moments. So, too, beer. And carp.

339. This cartoon features the second appearance of Porker, the stuffed pig, in the first panel. (It was also in No. 116, the annunciation-Emil exemption cartoon from December 1978.) I think I did it to impress some girls in Breen-Phillips, but it never turned into a date. 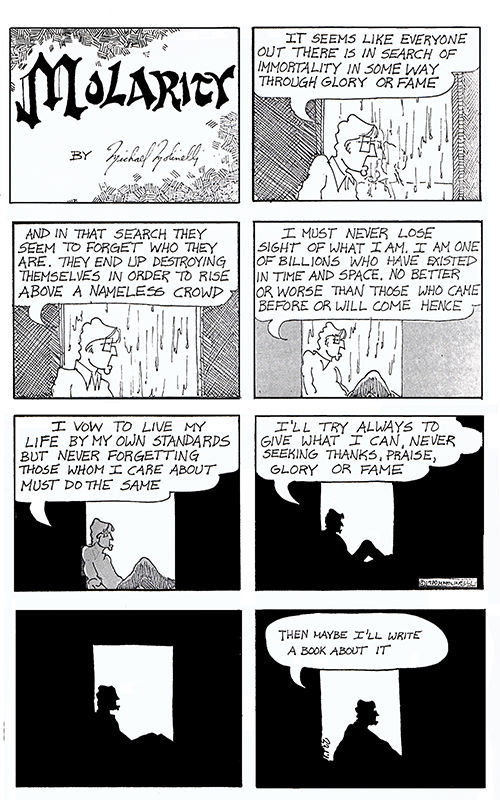 341. The appearance of the sheep in the dorm room was a running gag that many students loved and many just forgot about its origin. Later, she will get a name.

342. The top story was Father Bill Toohey, CSC, dying of viral encephalitis. Father Toohey was the dynamic head of Campus Ministry for ten years. He was the basis for the priest character in the Jim Mole jumping cartoons from the fall of 1978, Nos. 64 and 66.

343. The papers were delivered by vans to the dining halls by 11:30 each day. Well, most days. It was a great opportunity for me to overhear the first reactions to the cartoons as I would sit anonymously among the dining Domers.