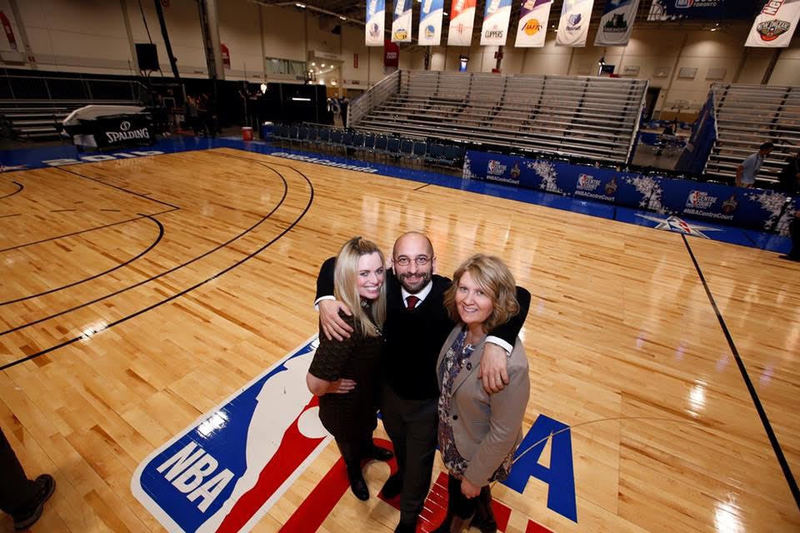 In our summer issue, we introduced you to Byron Spruell ’87, ’89MBA, the president of league operations at the NBA. But he’s not the only Notre Dame grad with a pivotal role on basketball’s biggest stage. Killeen Mullen ’90 is the league’s associate vice president for global events, a position that takes her around the world for everything from camps to showcase games. Though she’s been with the NBA for seven years, the former American Studies major hasn’t always been a basketballer — before starting her current job, she worked with the NHL, the NFL and even NASCAR. Here, she tells us a bit about her globe-trotting, sporting life.

When did you know that you wanted to work in athletics? I'd love to hear how you either ended up in or decided to pursue this field.

One thing truly did roll into the next. I have worked in sports since graduating from Notre Dame, and in that time I had the great fortune of meeting people who recommended me for opportunities that have pushed me along what has been a very special path. I love the atmosphere in sports — both at the team and league levels — and have been lucky to be able grow in each of my roles, taking on more at each turn which enabled me to make a richer contribution internally and challenge myself to along the way.

What advice would you have for Notre Dame students who want a career in sports?

Get ready to work. The pace is demanding, the hours are long and expectations are high. Don’t focus just on your job description — be the guy who says, “What next? What else is needed? How can I be of service?” When you ask for more, your path gets fuller and the ride is so much better.

Sports allow us to speak one language no matter where we are in the world. Whether it is an NFL game in London, a basketball game in Istanbul or a development camp in Angola, sports give us the ability to unite people, to converse and celebrate and to expand our own narrative on a truly global stage.

When we did the first-ever NBA game in Africa, I visited some friends in their seats just after tip-off. In the group was a woman who had told me her high school years were spent not in school but alongside her father who was a journalist/activist. She was seated next to a tour guide I knew who grew up in a privileged family and whose experience of Apartheid was only in the glimpses of news he would see occasionally on television. Next to them was a young man I had met and befriended while on my first trip to Johannesburg several years prior. He grew up in Soweto without parents and separated from his brother, who, because of financial constraints, had to live elsewhere. His life experience entailed walking an hour to and from school each day, studying by candlelight and messaging me on a phone I purchased for him so he could call his brother. He was a boy who, when I visited him once, said to me, “I brought all my possessions for you to see,” and proceeded to show me five family photographs with frayed edges and some tear stains.

When I reached them in their seats, each one of them had tears in their eyes and on their cheeks. When I asked why, they said it was because they had just heard their national anthem played alongside ours — and that it wasn’t just them experiencing that; it was the world hearing it through our TV broadcast. And for them, it was a singular moment of unity and a very big moment of pride. I will never forget that. What was just the anthem time slot on our game script was really a much bigger thing. 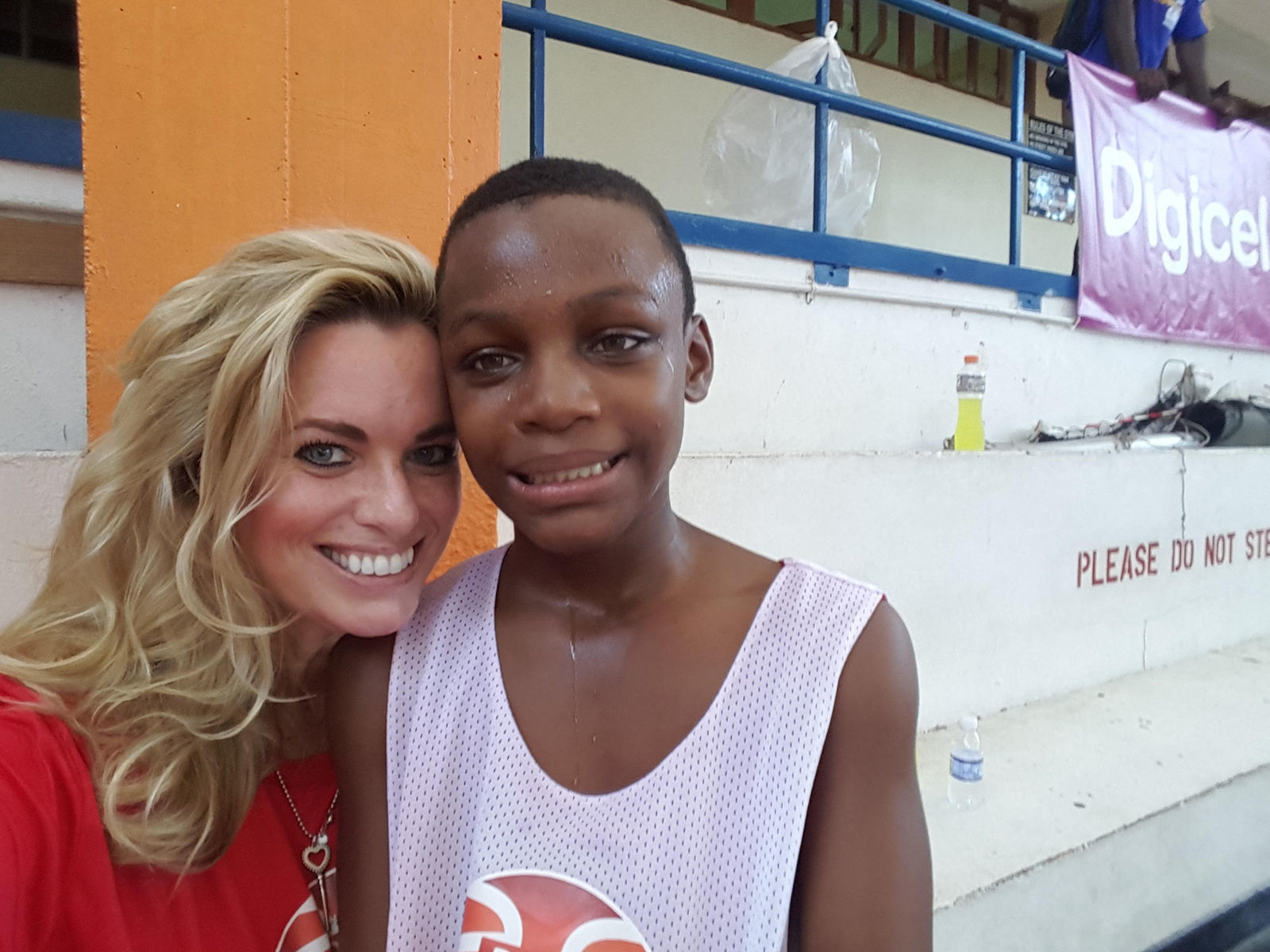 What is your favorite among the events you help put on?

In my current role, my favorite events are our Basketball Without Borders elite development camps. We do four each summer in Europe, the Americas, Asia and Africa, and while the camp format is similar across the continents, each location brings a different challenge. Language barriers, venue challenges, power outages, procuring visas, navigating a transportation schedule with a vendor who has never used a computer and drivers who won’t make a left turn, working with a hotel reservations staff who uses only a pencil and eraser to update bookings — summer travel is never dull and is rarely easy. There are a lot of sleepless nights, but the challenges met and the friendships fostered in places I would only dream about traveling to are true gifts I come home with after each and every trip.

Having worked in pro sports for a while now, what do you think people don't understand about how leagues like the NBA or NFL operate?

People see the game itself. They celebrate the wins and suffer the losses, but they rarely see what happens behind the curtain — the sacrifices made by players’ and coaches’ families, by staff who give up weekends and holidays, the meetings and the planning.

I remember giving my parents a tour of our team facility when I was in the NFL, and after seeing the war room and the position classrooms and conference rooms and hearing a player’s wife talk about when her husband goes to work in the morning, my mom said, “It really is just like a regular business.” It was cool for me that they got to see that and appreciate the game from a different perspective, not just as a fan.

A fun one to finish it off: If you had to pitch a new international event for a Notre Dame sports team, what would it be?

I have preseason NBA games in Mumbai this October. I’d be more than happy to bring the Irish along.

Questionnaire highlights two notable Notre Dame alumni — one recent graduate and one from the remainder of the alumni pool — every month. If you have suggestions for an alum we should know, send them to ndmag@nd.edu for consideration.