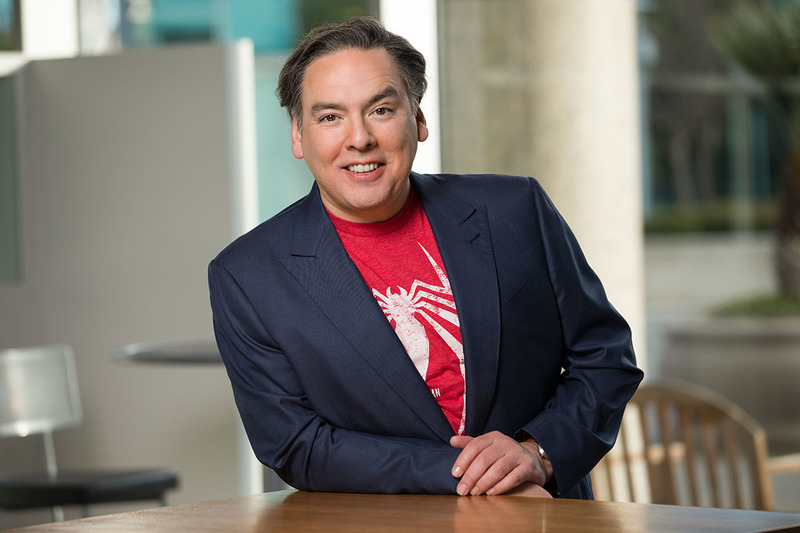 While the residence halls and study lounges of Notre Dame are no stranger to video games, for most Domers, they’re more hobby than career. Not so for Shawn Layden ’83. For two decades, Layden has been an executive at Sony PlayStation, where he currently oversees game strategy and development as chairman of the platform’s Worldwide Studios. In our latest Questionnaire, the onetime Arts & Letters student tells us of his unusual path to a life in games.

What sparked your interest in video gaming as a career?

Great question, but it actually occurred a bit backward. I joined Sony in 1987, in Tokyo, as a comms guy and worked for a number of years representing the corporate view vis a vis the press in Japan. This was in the “pre-internet” era, so every major news source had bureaus in Japan: The New York Times, The Washington Post, The Wall Street Journal, The Economist, The Guardian, etc. So there was a role for a comms person, speaking English, to serve those interests.

I filled that role for three years before being drafted onto the executive staff of Sony Corp, reporting to the founder and chairman, Akio Morita. Five years later, I was asked by PlayStation leadership, “Would you be interested in joining us?”

This is where I really learned the power of saying “yes.” I could have said — did say — “I don’t know anything about making video games,” but I was encouraged to leap with the rejoinder, “Actually, none of us know very much about this at all. You’ll fit right in.” Who says no to that?

You were an American Studies major at Notre Dame. How do you think that degree prepared you for the career you have now — and for the years you spent living outside of America?

American Studies is one of the best “all round” subjects one can take. History, literature, politics, sociology, culture . . . seriously, it has it all. (OK, not so much mathematics, but I see that as a feature, not a bug.) It fed my wide-ranging curiosity and exposed me to ideas and experiences I might not have otherwise encountered.

This is a good grounding for working in communications, from writing to entertainment. And it certainly helps, when you live abroad, to explain the myriad questions you receive that begin, “Why is America acting/doing/saying those things?”

What do you think people with just a passing interest in video games would be surprised to know about the industry?

I think people would be surprised to learn that video gaming is the largest entertainment industry in the world. It dwarfs cinema box office numbers, and it’s said to be a nearly $135 billion global industry — $45 billion in the U.S. alone. It drives entertainment choices, and it drives the high-tech sector in its endless search for more horsepower for game consoles and PCs.

What do you think is the most promising or exciting new development in video gaming right now?

The internet has taken video gaming from, essentially, a solo enjoyment in the home to a fully networked, social, global engagement like nothing we’ve ever seen before. Millions of people, of all ages, play video games, and millions more actually watch other people play video games through services like Twitch and YouTube. It’s not your grandfather’s PlayStation Nation, that’s for sure.

Now, you cannot ask me to choose. I love all our products, games and services. But . . . RATCHET & CLANK FTW!!*

*That’s gamerspeak for “For The Win.”