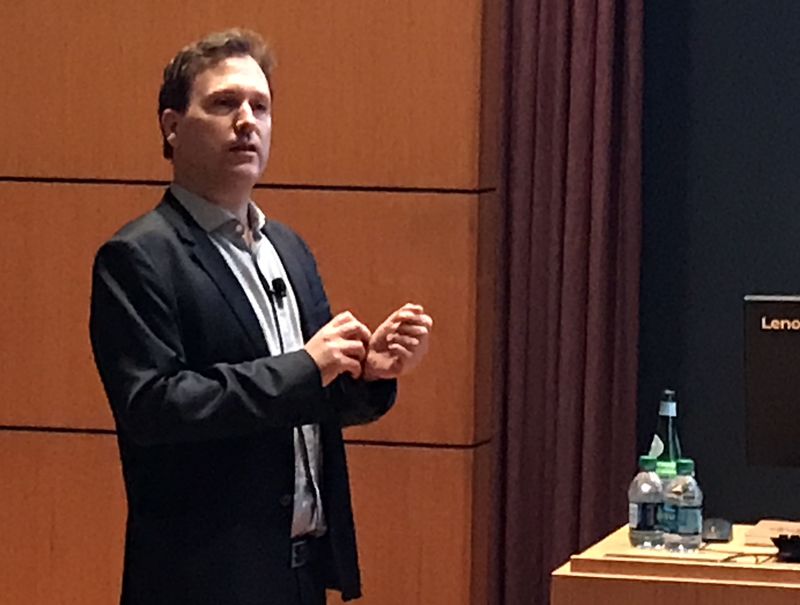 “You don’t teach yourself medicine in your parents’ basement. That doesn’t happen.” —John Carreyrou, author of Bad Blood: Secrets and Lies in a Silicon Valley Startup

When Carreyrou read a 2014 magazine profile of Elizabeth Holmes, a rising young star in the tech world, something didn’t seem quite right to the longtime investigative journalist.

Holmes, a Stanford University dropout, was garnering international attention for her Silicon Valley startup company that claimed it could provide quick, easy and reliable blood tests for the medical industry. The skeptical Carreyrou knew such advances were possible by self-taught stars in Silicon Valley, particularly in the realm of computing. But not in health care.

Bad Blood tells the inside story of the rise and collapse of Theranos, a multibillion-dollar biotech startup. Holmes claimed she would revolutionize the medical industry with a machine designed to make blood testing faster and cheaper, requiring just a finger pinprick. Theranos sold shares and the company was valued at more than $9 billion. Holmes had signed contracts for Theranos to provide blood testing services to pharmaceutical companies, as well as Walgreens and and the Safeway supermarket chain. But the technology didn’t work.

Starting in late 2015, Carreyrou told the story of the Theranos deception in a series of articles for the Wall Street Journal, which became the basis for the book. He left the newspaper in August after 20 years on staff.

Holmes — who had been hailed as a billionaire genius — and former Theranos chief operating officer and president Ramesh “Sunny” Balwani were indicted on nine counts of wire fraud and two counts of conspiracy to commit wire fraud. Both pleaded not guilty. The trial is scheduled to begin next summer, and the two could face up to 20 years in prison.

Carreyrou led the audience through the steps he took to investigate the company, including reaching out to former Theranos employees who were dogged by the firm’s lawyers to remain silent. “They were all convinced the company was a scam,” he said. He also tracked down physicians and patients who had used the company’s services and found the blood test results inaccurate.

Carreyrou knew he had come across a huge potential news story, not just another corporate scam. “It’s a case of an entrepreneur putting patients in harm’s way and the public health is in jeopardy,” he said.

Theranos is the subject of the HBO documentary, The Inventor. The book is being made into a film starring Jennifer Lawrence as Holmes.

This fall, attorneys for Holmes filed legal paperwork stating that Holmes hasn’t paid them in more than a year and that they don’t expect to ever get paid. They are asking to be released from representing her.

Carreyrou said he hopes Theranos will be a cautionary tale that leads to more regulation and oversight when it comes to tech startups.

“Silicon Valley is a place that has been completely unregulated for 40 or 50 years,” he said.

Some earlier companies that got their start in Silicon Valley are now trillion-dollar companies and, in some cases, monopolies, the author said. “On a scale that the monopolies of yore — the Rockefellers and the Carnegies — couldn’t even imagine because they are monopolies on a global scale.”

In 2003, Carreyrou shared the Pulitzer for Explanatory Reporting with a team of reporters for a series of articles about the roots and impact of corporate scandals in America. In 2015, he shared the Pulitzer for Investigative Reporting for “Medicare Unmasked,” a project that gave the public access to previously confidential data on motivations and practices of health care providers.

“I think it’s high time there be some regulation,” the author said of tech startups. “And law enforcement also needs to make examples so behavior changes.”