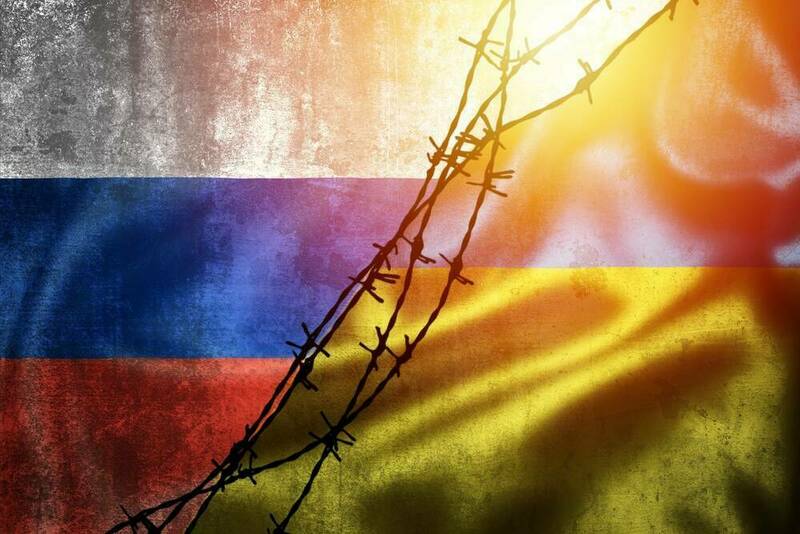 The chance to spend 10 days in Ukraine appealed to an old reporter’s never-satisfied appetite to visit places where news-producing turmoil and thorny history frequently collide.

The year was 2007, not long after what was called the Orange Revolution sought to push Ukraine closer to Western Europe and out of Russia’s shadow. At the end of the upheaval in late January of 2005, forces attempting to defeat the Kremlin-backed candidate for president prevailed. That victory for democracy and greater freedom was significant in itself, but just as importantly, what had happened reverberated beyond Ukraine’s borders.

Three months later, Vladimir Putin, Russia’s president since 2000, used his state of the nation address to express a stark judgment with an ominous undertone. He contended that “the demise of the Soviet Union was the greatest geopolitical catastrophe of the century.” He went on to say: “As for the Russian people, it became a genuine tragedy. Tens of millions of our fellow citizens and countrymen found themselves beyond the fringes of Russian territory.”

That much-quoted, neo-Cold War thinking and what it might mean to the people in Ukraine provided the context for my eagerness to serve as host and lecturer on a two-week trip to Romania and Ukraine, sponsored by Notre Dame’s Alumni Travel Program.

As the ship we were on cruised the Black Sea, ties between Ukraine and Russia became more apparent by the day. In Sevastopol, for instance, a large contingent of Russia’s Black Sea fleet was on display in the bustling harbor of Crimea’s largest city. No doubt, I later thought to myself, a principal reason Russia “annexed” — as in seized and appropriated — Crimea in 2014 was to exert greater control over this strategic port with its sizable naval base.

On a day-long bus trip through Crimea, a sun-drenched peninsula connected to the mainland, we stopped by the side of the road to see the luxurious, far-from-Communist-worker’s dacha, where Mikhail Gorbachev, the last leader of the Soviet Union, was vacationing in 1991 when an attempted coup to remove him from power was gathering momentum in Moscow. Though he survived being overthrown then, the U.S.S.R. ceased to exist four months later, with Ukraine becoming an independent state at the same time.

The destination of our journey through Crimea was Yalta, a popular resort and the site of the 1945 “Big Three” conference — bringing Franklin Roosevelt, Winston Churchill and Joseph Stalin together — to consider what Churchill termed “World Organization,” including how the map of Europe would look after the fighting on the continent ended later that year.

The trip along the Black Sea and the extended time at Yalta demonstrated the undeniable value of Crimea to Russia. Stalin had demanded that the meetings take place there. He’d have a greater control and he’d feel on his home turf. Yalta served those purposes and also showed off what he wanted others to see.

Seeing the Livadia Palace, where the final emperor of Russia, Czar Nicholas II, summered and the location of the 1945 conference, was a highlight of the excursion. But it’s important to stress that the place is one thing, the proceedings another.

In a lecture about the decisions made by the trio of Allied leaders, I pointed out that a prime lesson of Yalta was the danger of conducting complex international relations based on vivid personalities rather than firm principles. Roosevelt, then in a failing health, thought he could charm Stalin (affectionately nicknamed “Uncle Joe” by FDR) into promoting democracy throughout Eastern Europe.

How wrong he was — and the die for what became the Iron Curtain was cast right there at Yalta.

From Crimea, our group headed northward on the Dnieper River bound for Kyiv, the country’s capital and most populous city. Notre Dame is justifiably proud of its Golden Dome. Kyiv is blessed with a multitude of them atop Eastern Orthodox cathedrals and churches throughout the metropolis.

Known, in fact, as the city of domes, there’s an alluring vitality to the area around the downtown’s central square. The evolution of what the square has been called over the years suggests the arc of the city’s history. In 1919, amid the Russian Revolution, it was referred to as “Soviet Square.” Sixty years after the revolution began in 1917, the name changed to “the Square of the October Revolution.” Then, in 1991, as the Soviet Union collapsed, it became “Independence Square,” and the main gathering point for demonstrations of the Orange Revolution and other political protests or rallies.

Looking back, I remember thinking that the vibrancy of the people in the square was vastly different from the uptight mood I’d witnessed in Moscow’s Red Square years earlier.

While in Kyiv, I made a point of visiting the Babyn Yar, the ravine where nearly 34,000 Jews were massacred by the Nazis in 1941. To learn the other day that a Russian missile struck near the memorial honoring the dead served as yet another example of the barbarism currently taking place.

Putin keeps arguing that his military campaign is seeking the “de-Nazification” of Ukraine. In truth, the Nazification now in full view has been perpetrated by Putin, who seems to refuse to recognize that Volodymyr Zelenskyy, Ukraine’s president, is himself Jewish.

A tourist’s sojourn 15 years ago helped to reveal the complicated, entangled ties between Ukraine and Russia. Back then, Ukrainians in large numbers were looking more fondly to the West, while a still-sizable percentage (particularly in Crimea and in the Eastern regions) continued to yearn for the embrace of Mother Russia.

At this point in the current war, what might happen in this turbulent, age-old relationship is impossible, if not irresponsible, to predict. It’s easy, though, to pick sides — and to pray for David to defeat Goliath, for good to vanquish evil.

Bob Schmuhl is the Walter H. Annenberg-Edmund P. Joyce Professor Emeritus of American studies and journalism at Notre Dame. He’s the author or editor of 15 books, most recently Fifty Years with Father Hesburgh: On and Off the Record and The Glory and the Burden: The American Presidency from FDR to Trump, both published by Notre Dame Press.