As a writing instructor at a small Christian liberal arts college, I lost a night’s sleep recently over a student who plagiarized — my first case. Why did he believe he could get away with it? How could I get him to see the gravity of his action? What punishment was fitting? Was this a moral failure or a crime? Moreover, I felt as if I’d been personally attacked. I even questioned my ability as a second-year teacher.

It never occurred to me to look at plagiarism as a cultural problem, rather than an ethical or criminal issue. 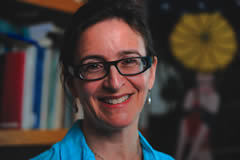 “In many cases, plagiarism is a failure to master convention,” says Notre Dame anthropology Professor Susan D. Blum, author of My Word! Plagiarism and College Culture. “I see higher education rather as an apprenticeship, and our charge is to show students what academic forms of citation and attribution mean.”

Blum’s book focuses on college culture, with its emphasis on sharing and achievement, and how it leads to plagiarism. She and her research assistants interviewed 234 undergraduates at “Saint U.” (read: Notre Dame) and found that perhaps the most striking contributing factor of plagiarism includes expectations for students to be “well-rounded.” Add this to changing ideas about ownership and learning, and plagiarism becomes much more likely.

While incidents of plagiarism once vexed her, Blum says she now empathizes with students, trained to be the best athletes, volunteers, artists and club members they can be, all the while keeping up socially and academically. As students divide their time and talents, academics often take a back seat.

At the same time, education for its own sake may also be an increasingly foreign concept. Blum says many students don’t see the intrinsic value of learning but think instead in terms of advancement and success. They achieve by accomplishing tasks, efficiently moving from one stage to another as if they’re moving on to the next level of a video game. While they’re earnest, skillful and energetic, she says, they’re also hurried.

This resonates with my own classroom experience. Most of my students simply ask how they can get a better grade, not how they can better understand the content. Couple this with the amount of time they have to finish assignments on top of all the other activities they participate in, and plagiarism becomes a viable option to complete a task, Blum explains. For a student staring down a dull writing assignment at 4 a.m., expediency may seem more attractive than source attribution and original analysis.

Blum is quick to note, however, that while she now realizes why it happens, she takes cases of plagiarism in her courses seriously. She confronts each student and enforces University rules. “But I understand why they do it when they find assignments irrelevant and uninteresting,” she says.

Changing ideas about who owns what is another ingredient in the mix that leads to plagiarism. “This generation is not so concerned with owning words,” Blum says. “They’re more concerned with sharing because that’s what we’ve taught them.”

Sharing is pervasive among today’s students. Blum finds examples in music file exchanges and casual conversation, in which students often quote from movies and comedy routines, building rapport among each other. They don’t attribute quotes in daily life, she notes in her book, so it doesn’t make sense to them to do so elsewhere.

Dennis Jacobs, ND associate provost and professor of chemistry, says Blum’s discussion connected the dots for him about why students plagiarize, though he believes that repeated, deliberate acts must have decisive consequences. He says he understands college student culture but never linked students’ ideas about sharing and ownership with plagiarism.

“My sense is that there seems to be more pressure today to earn good grades,” Jacobs says. “Students are less satisfied with anything short of an A. If they are getting a B in a class, they may drop it because expectations are so high. The perceived pressure for grade perfection adds to the anxiety surrounding plagiarism.”

Notre Dame uses a modified honor code, waiving the traditional hard line on first offenses, which Jacobs says leads students and professors into a conversation about how violations occur and the consequences for dishonesty. Even before students matriculate, they must demonstrate that they understand what constitutes academic dishonesty and sign the University’s honor pledge. While it’s not always true that students won’t plagiarize after a first offense, Jacobs disagrees with the assertion in Blum’s book that honor code systems do not necessarily work.

“No doubt education is important, but without the recognition of consequences for blatantly dishonest behavior, students may not necessarily see the value [of academic integrity] for themselves,” Jacobs says.

In the course of researching her book, Blum discovered a remarkable generational discrepancy in the values that students and their academic elders associate with the concept of “academic integrity.” While students are familiar with the term, they struggle to define it and assess what it means for their academic careers. At the same time, students who said they’d never plagiarize others’ work are generally disturbed by peers who get away with it. Yet many are loath to turn in their fellow students. Pressures to fit in and help out, it seems, outweigh academic integrity.

And, Blum says, students have nothing to relate to academic integrity. It is an abstract concept more than an understandable notion like, say, loyalty.

Maybe because of this, the cases of plagiarism that Jacobs sees are too often more than simple matters of students failing to cite sources correctly. When, for example, students purchase papers online and hand them in as their own work, they need to understand the consequences of their actions, he says.

During the 2007-08 academic year, 68 Notre Dame undergraduates either admitted responsibility or were found responsible for violating the honor code. “As a Catholic university, the institution is dedicated to the pursuit of truth, and academic deceit flies in the face of that fundamental value,” Jacobs says.

Indeed, consequences are part of the learning process, and students who escape them learn little from their experience. My student and I agreed he would rewrite his research paper after he readily admitted his failure to attribute exact quotations.

Next assignment, he may just get it right the first time.

Jennifer Ochstein is a freelance writer and writing instructor living in Mishawaka, Indiana.