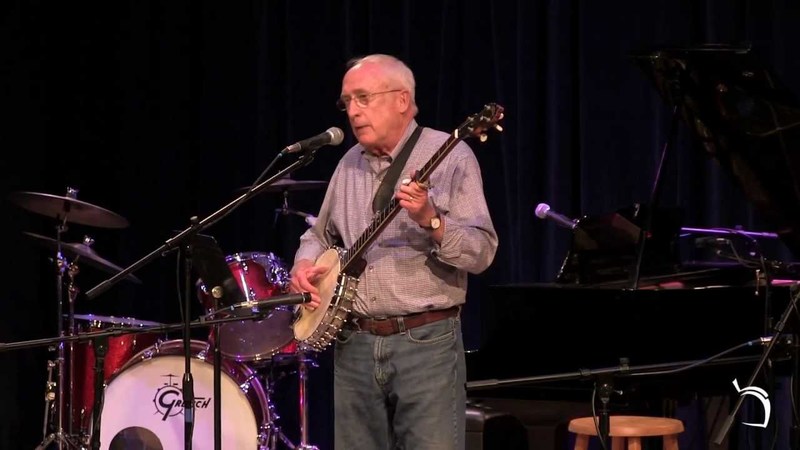 Andy Burd at the Acorn Theater

Editor’s Note: Andy Burd ’62 was a good friend to this magazine and an exceptionally loyal son of this university, his creative work telling the Notre Dame story on numerous occasions. A unique spirit, he never recovered from a fall he took several years ago. He died January 11, at the age of 81.

About 15 years ago I was at a crossroads in my career. I’d been doing the same thing for a while and at the same place. I had followed predictable avenues all my life. I had reached an age when I had time for maybe another move or two. And certain immediate circumstances had me restless.

I didn’t know Andy. I knew his work. He’d done several videos for Notre Dame fundraising campaigns, and they were really good. You may know Father Hesburgh’s iconic “endless conversation” statement about Notre Dame as a place of honest dialogue respecting people of all faiths. It’s my favorite description of Notre Dame. It came from an Andy Burd video.

Over the years Andy had written me occasionally; I had written him. For example, when he read a piece I’d done on the Lakota reservation in South Dakota, he sent me a video he had done on a Catholic school in Pine Ridge. I admired his work; I knew he had followed the road less traveled as a freelance video producer. He was creative; his work had heart. Having reached retirement age, he had left Chicago with Mary, his wife of many years, for a place near the beach in New Buffalo, Michigan, maybe 45 minutes away.

I wanted to think beyond the routine I’d followed all my life. So I invited him to lunch. For the next 15 years, Andy and I had lunch together three or four or five times a year.

Andy may have offered some advice during those first lunches. I know he often repeated that line about finding what you love to do and you won’t work a day in your life. We’d both talk about our work that way — as something we loved doing. He was always a fan of the magazine, and a close reader who understood the thinking behind it, who appreciated the approaches and nuances and how it conveyed a subtle but keen sense of the university he loved.

Andy got it. And his enthusiasm for it helped me carry on.

We talked about a lot more than our work. About more than Notre Dame and his conversations with Father Hesburgh. We talked about life and politics and our shared interest in the earth as a source of spiritual nurture, and the night sky and quantum physics and our multidimensional universe. We talked about the books we were reading. Andy would send me books he had finished — books on theology, nature, the science spawned by imagination and wonder, Bruce Springsteen’s autobiography. Andy loved music. He loved his family. We never got together that he didn’t talk proudly of his kids. His love for Mary was consistent and true, the central current of a life with many divergent interests.

He was retired but not. He went to Haiti a couple of times to produce videos for a church group whose mission he admired. He taught creativity at Notre Dame for a couple of years, but didn’t find the students sufficiently creative. He liked art, had some fine pieces in his home, and jars of beach glass, and friendly dogs.

His was a splendid mind, and he liked to tell stories, to entertain. He played the banjo, owned a dozen, really got into it during his retirement years. He played more than 90 gigs at the Acorn Theater in Three Oaks, Michigan, an intimate but popular venue that drew performers and Chicagoland patrons. An Oklahoma native, he sang with a nasally twang and used to make it to the annual Woody Guthrie festival there. On Fridays he took his banjo and played at an old folks’ home. Sometimes he’d go on local radio to sing and talk; sometimes I’d go see him at the Acorn. At lunch together one day in Three Oaks, armed with his banjo, he talked the proprietor into joining him for a duet. He was a showman. Life was fun.

That’s what I most admired, and why he was so good to be around, good for me. Life was a joyride, whitewater rafting. There were things to take seriously, matters of the heart and soul and family. But with a twinkle of the eye and sense of humor. Like the time that Christmas long ago when he and Mary had four little ones and little money, and Andy came home, announcing he had quit his job and was striking out on his own.

We talked some of aging, of mortality, and what came next. He grinned at the prospect, said that’s the great adventure — and I’m sure he really meant it. His face lit up at the idea, saying he agreed with Hesburgh who’d told him the afterlife was far beyond human imagining.

Each year at Thanksgiving I write about somebody to whom I owe a debt of gratitude. It’s my way of making more of the national holiday than eating turkey and watching football. I hope to encourage others to think of someone in their life deserving a note of appreciation — and to let them know.

I’d thought of thanking Andy before — but postponed it, thinking deeper into my past, of pivotal people in my younger days, while still enjoying the friendship with Andy in the present. I opted not to make us self-conscious about what we had by writing about it.

But it’s time now and I find myself writing in the past tense today — not because Andy is gone from this earth but because in the summer of 2018 Andy fell and hit his head and did some damage that he won’t recover from. I’m sure Andy knows how I feel about him, the gratitude that persists, the ways one’s presence invades another’s life and stays there. Andy will always be in mine, even though I was never quite bold enough to sing along.