From the perspective of economists, baby production should have picked up during the decade of recovery since the Great Recession. Instead, as the economy improved, fertility rates in the U.S. continued a steady decline, reaching a historic low in 2017, a level less than half that at the peak of the mid-20th century baby boom. Notre Dame economist Kasey Buckles calls the trend the “baby-less recovery,” and teases out explanations for it in a recent working paper with the University of Central Florida’s Melanie Guldi and Williams College’s Lucie Schmidt. 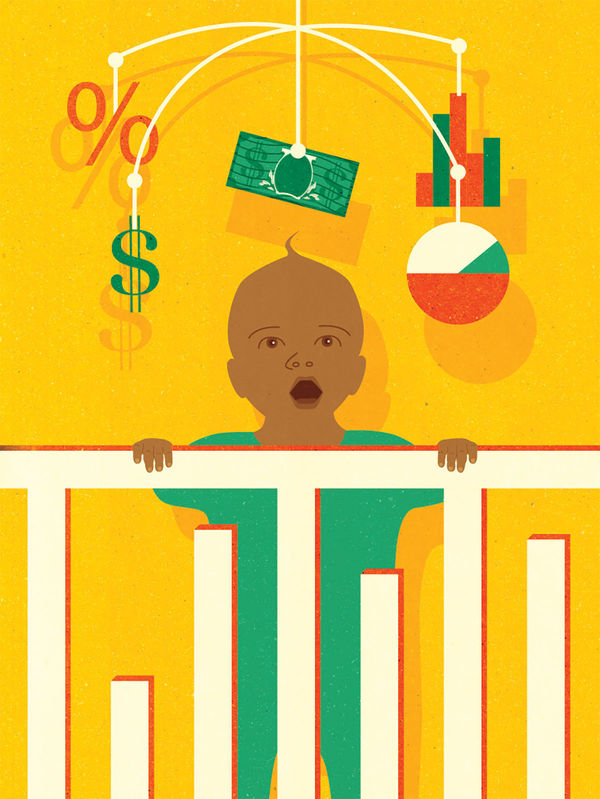 Their research shows that one big factor, accounting for more than a third of the decline, is a reduction in unintended pregnancies. Younger and unmarried women, those likeliest to have an unintended pregnancy, saw the greatest decline in fertility rates between 2007 and 2016, the study found, while there was an increase over the same time period among married women and those over age 30. For the first time in U.S. history, in fact, women aged 30 to 34 are having the most babies of any age group.

The drop in unintended teenage pregnancies has been sharp. One in five women born in 1976 had a baby as an unmarried teen. Among women born in the late 1990s, only one in 13 did.

These trends have positive and negative economic implications.

Now the bad news: The overall decline in the fertility rate has its own ominous, long-term economic implications, threatening the solvency of public-benefit programs such as Social Security and Medicare.

“Most people agree that a decline in unintended births is a good thing, so policymakers may want to focus on strategies that increase intended births,” Buckles says. “These would be things that either make people more likely to want children, or make it easier for those who already know they want a family to have one — things like subsidized child care or increasing tax credits for children.”