In a typical year, around 200 Notre Dame students go into finance after graduation. Nearly as many become consultants. Another hundred each go on to med school or a job in technology.

When he graduates in May, Alex Mansour plans to become a composer.

Well, that isn’t accurate exactly — though he’s still a full-time student, Mansour is already a composer. If you’ve been to a football game or watched a Notre Dame promo video in the past couple of years, you’ve probably heard some of his tunes. But in a few months, the darling of the music department will be taking his talents to the big leagues. 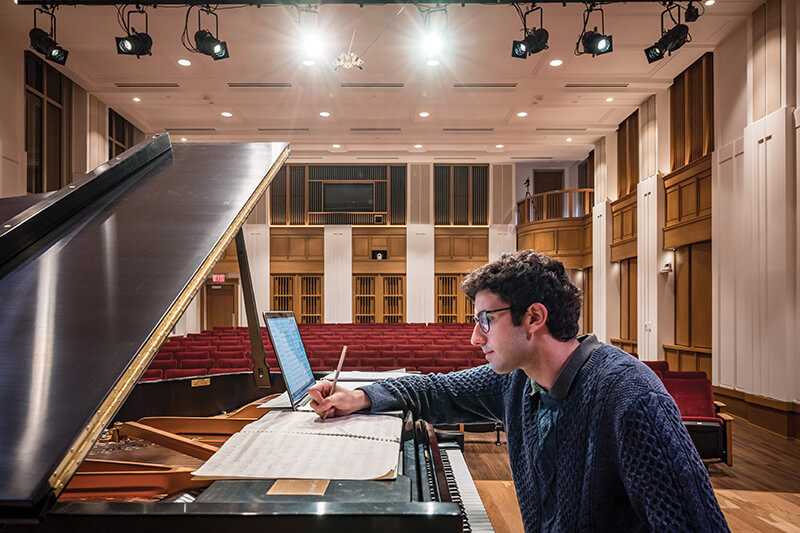 During his three-and-a-half years at Notre Dame, Mansour has become something of a go-to for departments around campus in need of new instrumental music. A shortlist of his assignments? Write background music for the University’s capital campaign video. Come up with a soundtrack for football hype shots on the stadium’s video board. Debut a composition for the Notre Dame Symphony Orchestra. Score the Sorin play, and the Hesburgh documentary. On top of that, he is preparing a senior recital for his major in cello performance while juggling the rest of college life — including the 56 hours of non-music classes he’s had to take in order to graduate.

Had Mansour gone to a traditional music conservatory, he likely could have skipped that last requirement. But he also would have missed out, he says, on much of what he was looking for in his college experience.

“To go to conservatory as a cellist, I would have become a really tremendous cellist — an orchestral cellist, a soloist, or whatever it would be. But I wasn’t ready to go that route,” he says. “So Notre Dame was really nice in the sense that I could study a lot of different things both musically and in the liberal arts as well.” 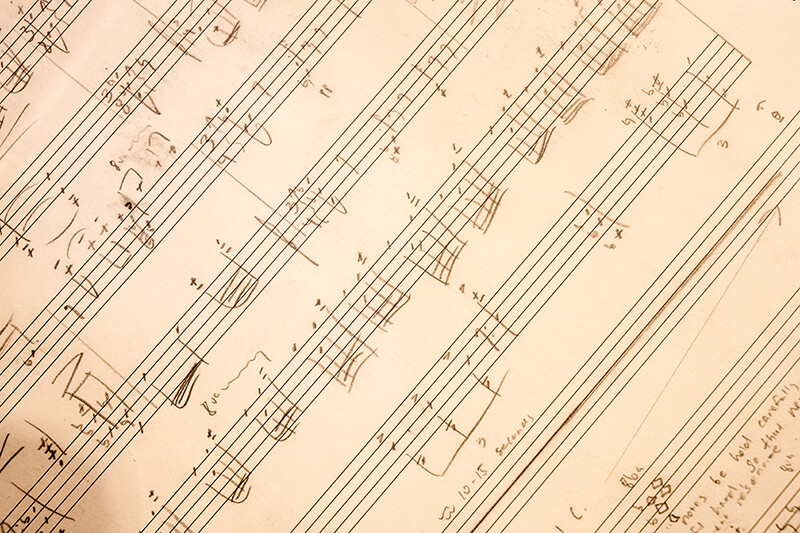 Mansour’s favorite genre of composition (at least for now) is music for film, and the diverse range of musical experiences he’s had as an undergrad provide a fitting precursor to such a diverse field. Think of the film composers you’ve heard of. John Williams got his start as a jazz pianist. Danny Elfman came from Oingo Boingo. Hans Zimmer was self-taught. Why couldn’t the next star be a graduate of Notre Dame instead of Juilliard?

As he plans his next steps, Mansour looks forward to a career that features piano, cello and composition — an ambitious but appropriate trajectory for a student whom Department of Music chair Peter Smith describes as one of his most well-rounded.

“When admissions officers at a school like Notre Dame speak about the various types of students they hope to recruit to create a diverse student population,” he says, “they often mention the crucial need for those rare students they term ‘the creatives’ — not just students who, say, happen to play an instrument or write poetry, but students who overflow with creative talent and energy. I cannot think of a more characteristic representative of the creatives than Alex Mansour.”

In his last months on campus, the creative is keeping busy: applying to graduate music programs, playing with friends in a piano trio, finishing off that last pesky Spanish class. There are a few final writing horizons to be explored, too.

“The Folk Choir just put out a call for scores,” he said in November. “And I was thinking, maybe. . . . I’ve never written anything for choir.

“Over Christmas,” he concluded. “That may be a fun exercise.”

The creative on tape

While photographing Mansour for our pages, University photographer Matt Cashore also recorded some video of the young composer-performer at work. Here, he performs an original composition and a well-known favorite.