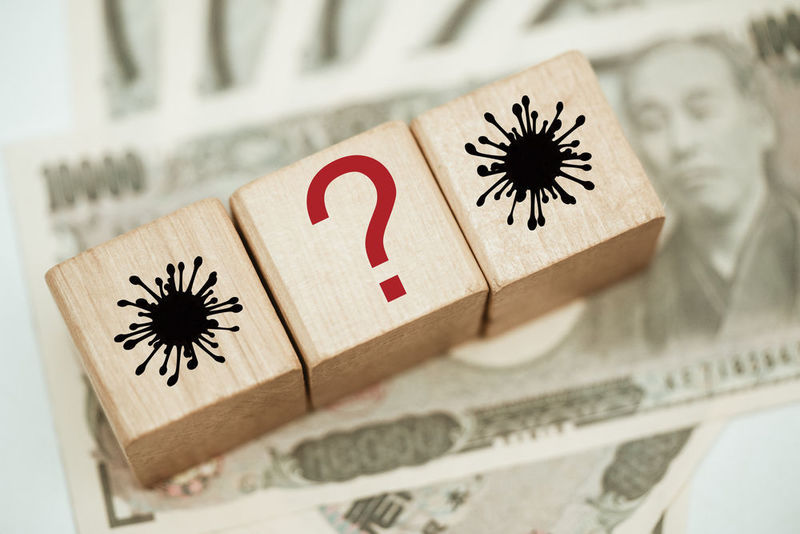 The pandemic has raised confounding matters of health and wealth — and even how we live and die. MIA Studio/Shutterstock

One way you can tell we are at war, albeit with an invisible enemy, is by the nature and extent of global policy responses. At this writing, the United States alone has launched more than 160 separate fiscal and monetary measures. Actions taken collectively by the U.S. Treasury, state and local governments as well as our central bank, the Federal Reserve, now exceed $10 trillion, or half of the country’s gross domestic product (GDP). You must go back to World War II to find comparable data for state intervention on this scale.

Across Asia — including China, India, Korea and Japan — and in every European country, Canada and dozens of emerging market economies, collective government interventions are similarly unprecedented in peacetime. Together they could exceed $25 trillion, or about 30 percent of global GDP.

Wars are expensive, but their most tragic costs aren’t economic. Innocent people die; billions of lives and livelihoods are upended. Nearly 40 million Americans who had a job eight weeks ago are newly unemployed. They and their families are not only worried about getting sick; they must worry about finding food and paying rent. To preserve space in our hospitals and availability of health care staff, most non-COVID health and surgical procedures have been suspended. Beyond electives, these include cancer scans, dental care, diabetes detection and pre-natal visits. To beat a contagious virus, we are making ourselves sicker.

Gone too are daily routines that replenished us. No more date nights out or trips to the gym. Restaurants, sporting events and movie theatres have all been shuttered. And most forms of communal worship have become virtual-only. To flatten infection curves, we’ve been sequestered and quarantined, cut off from our communities and forced to look for God on our own. Clinical depression, domestic violence, substance abuse, post-traumatic stress disorder and suicides are all on the rise.

In time we will defeat this invisible enemy. Dozens of new anti-viral and immunological treatments are now in advanced testing stages. More time will bring more medical advances, better therapeutics and scalable vaccines. Unlike WW I and II, allied victory in WW III is assured. But how we get from here to there, and what lessons we derive from this, remain to be seen. More data, analysis and wisdom will prevail over time — but several foundational questions, like those below, may prove vexing:

1. How should societies navigate health and economic tradeoffs?

If furloughing two jobs would save one human life, we’d all put two folks on leave. But what if it one saved life required 20,000 lost jobs — or 200,000? The calculus becomes impossibly harder. This year alone, lost economic activity and total government interventions described above will amount to about $5,000 for every person on earth. Is that enough, too much, or just right? All the money we are now spending is from future generations, meaning our kids and grandkids need to pay it back. What price do we put on a life today, knowing it’s being charged to the credit card of our youth and unborn? Metrics for rationally calibrating these tradeoffs are not apparent.

Many nations with socialized medicine and/or free health-care-for-all were hit hard by COVID-19. So were nations with mixed and/or purely privatized health systems. Which fared better? Why? Some authoritarian governments appear to have achieved more favorable health and economic metrics than democratic ones. Should democracies emulate those autocratic tactics? What role should personal responsibility play? Are federal societies — like the United States, with overlapping national, state and local authority — better or worse equipped to help their citizens cope than those with centralized, dictatorial powers, like China and Iran? If the former, who should decide when and how, say, the state of Michigan should reopen — its Democratic governor, its Republican legislature, its Supreme Court or authorities in Washington?

The COVID-19 virus originated in China. The WHO originally misled the world about human-to-human transmissibility.

Today, countries are competing against one another for cures rather than co-operating. Most countries bungled testing and social distancing techniques. Even Bill Gates is chastising himself for devoting only hundreds of millions of dollars to the risk of a pandemic over the years, despite long recognizing the potential threat.

Frankly, there’s more than enough blame to go around. But let’s also remain clear-eyed; pandemics have and will continue to emerge from all open animal settings, not just wet markets in Wuhan. The far more deadly (though less contagious) Middle East Respiratory Syndrome (MERS) originated in Saudi Arabia in 2012, having transmuted from dromedary camels. Should there be a global ban on animals and humans mixing together? How would it be enforced? In its absence, more pandemic diseases will spawn in many countries. Some will be virulent and deadly.

4. Do we need to think about death differently?

At its current pace, COVID-19 will account for about 0.8 percent of all deaths globally this year, or some 500,000 deaths out of about 60 million. That may seem rather low given all the efforts we are undertaking to defeat it. Global data reveals 8.6 percent of those infected over 70 years of age perished, while 0.3 percent of those infected under age 40 lost their lives. Should society think about allocating resources differently between demographic groups? What public expense should be borne to extend the lives of 70-, 80-, 90-year-olds? Catholic tradition requires that we value every human life equally as we are all children of the same loving God. Does that mean we should put the same dollar value on saving and/or prolonging each life?

One of COVID-19’s unintended effects may have been to slow us all down. In accepting this slower pace, we can find space to appreciate that which is always there but seldom perceived.

5. How do we better protect our poor, marginalized and vulnerable?

In New York City, COVID-19 has been twice as deadly for Latinos and black people than for white people. The disease has also ravaged US prisons, including 2,000 infections in one Ohio medium-security correctional facility alone. Long-term care facilities account for 60% of all Washington state COVID deaths. Nationwide, some of the highest infection rates in the country are among Native American pueblos, in New Mexico. Some 63 percent of Americans had saved less than $500 prior to this pandemic; most of these savings have been exhausted. Millions are now depending on food banks and/or sleeping in subway cars or on the street. Is this how wealthy societies should live and care for one another? As Catholics, we believe we will be judged in part by how we have cared for our least fortunate. COVID-19 reveals we have failed them, and now have much work to do.

6. How should we prepare for the next pandemic?

At a practical level, this question is the easiest. We should stockpile more N95 masks and other personal protective equipment, swabs and ventilators. We should establish better international and cross-border protocols for reporting and muting future pandemic outbreaks, perhaps even adopting binding United Nations and/or International Monetary Fund resolutions to impose fines and censure. In time we’ll learn how the most effective drugs were developed most efficiently; let’s be sure to analyze what worked best, and why. Let’s discern how effective testing and tracing may be ramped up more efficiently. And let’s also study which social distancing techniques are least damaging for the economy.

At another level, however, this question is hard. How do we make our health care systems more resilient, with dedicated resources for our most vulnerable? How do we lower obesity rates and promote healthier lifestyles so future pandemics are less deadly? Is there a sensible method for achieving herd immunity? How can we hardwire personal responsibility alongside government action? How can we optimize global cooperation?

7. Where can we find internal resilience in times of crisis?

Most readers of this magazine have been taught fear has no place in a world that is overseen by a loving God. But fear for many faithful can be unavoidable in times of profound uncertainty and threat. Father Ted Hesburgh’s simple but powerful three-word prayer — “Come Holy Spirit” — comes forever to mind. But even Father Ted spoke wisely about the essential role of patience in prayer. Reaching our Lord isn’t the same as dialing 911 or communicating with Siri.

Rachel Naomi Remen, M.D., the best-selling author of Kitchen Table Wisdom and My Grandfather’s Blessings, perhaps captured a primary lesson of our days, writing, “Most of us have been given more blessings than we have received. We do not take time to be blessed or to make space for it. We have filled our lives so full that we have no room left to receive our blessings.”

One of COVID-19’s unintended effects may have been to slow us all down. In accepting this slower pace, we can find space to appreciate that which is always there but seldom perceived. The importance of family and friends, homecooked meals, silent moments for reflection. Life’s simplest gifts are often the best.

Before any of us rush to judgment — about who made this pandemic better or worse, how we might prepare for future health shocks, how we maintain our Catholic commitment to human dignity and where we may turn for solace — let’s be sure to pause and reflect.

Some of COVID-19’s foundational questions are vexing, even humbling. In the end they may require divine wisdom and ultimately, acceptance.

Terry Keeley is a 1981 graduate of Notre Dame, one of its first Young Trustees and an occasional contributor to this magazine. His article Eye of the Needle won the Best General Essay award from the Catholic Press Association in 2010.