The Snite’s new exhibit, Looking at the Stars, on display through December 14, highlights that element of the Irish cultural experience, featuring artwork donated from the Donald and Marilyn Keough Family and other major collections. The exhibit’s name is drawn from Oscar Wilde’s words in Lady Windermere’s Fan: “We are all in the gutter, but some of us are looking at the stars.”

That sentiment, Snay says, captures the suffering and optimism that are so intertwined in Irish life and represented in its artistic heritage. “The Irish have this aura of being relatively happy, jovial and friendly people, even given the sorts of experiences and battles they’ve had to overcome. You wouldn’t know by talking to them the suffering they’ve undergone.”

Snay offers her insights into a few of the exhibit’s works below: 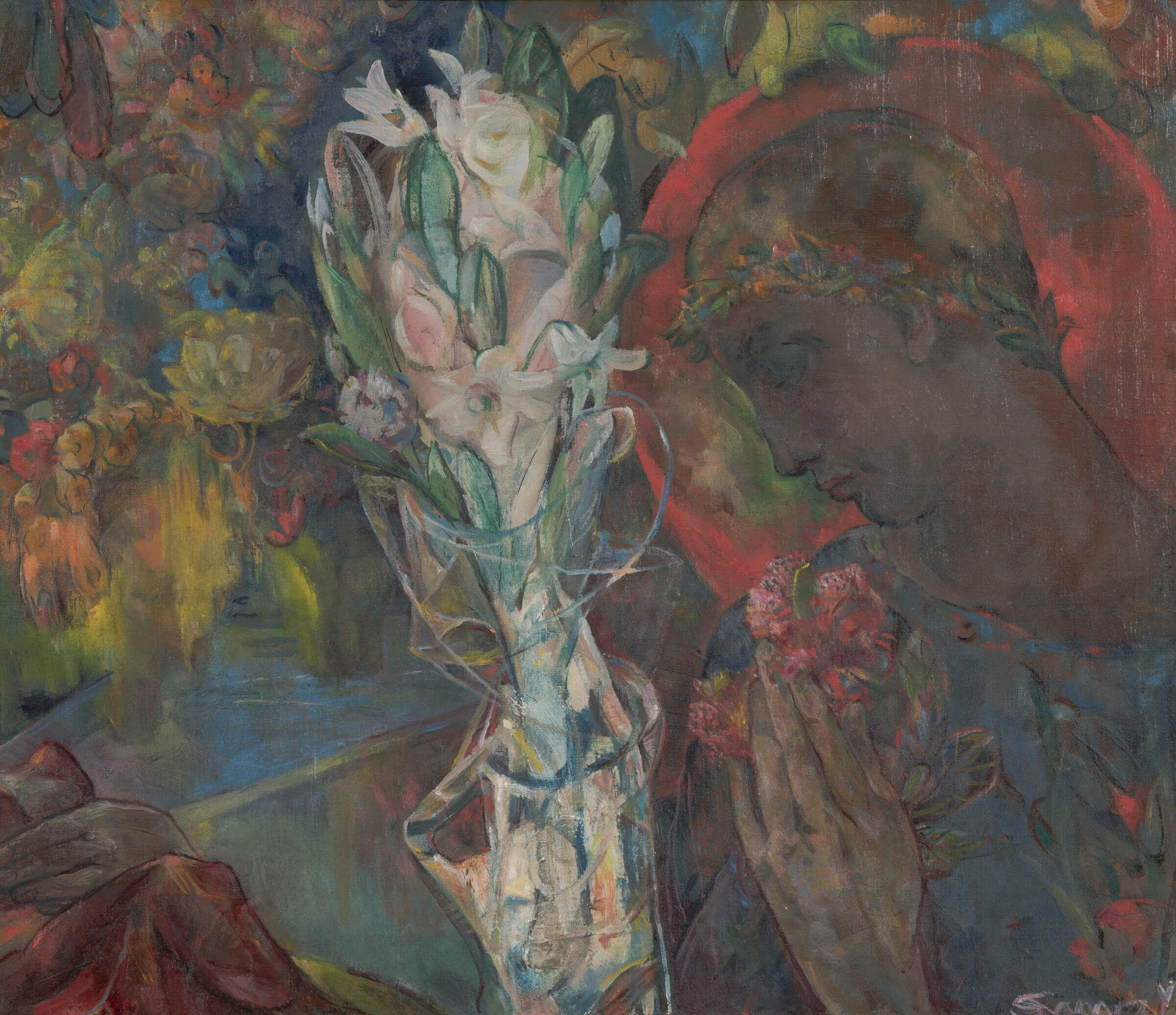 This floral 1942 painting featuring a haloed figure is prominently displayed in the first room of the exhibit. “[Swanzy] represents women who helped bring avant-garde styles into Ireland in the early 20th century.” The Irish Museum of Modern Art recently held an exhibition of Swanzy’s work with the aim “to reinstate her as a modern Irish master.” 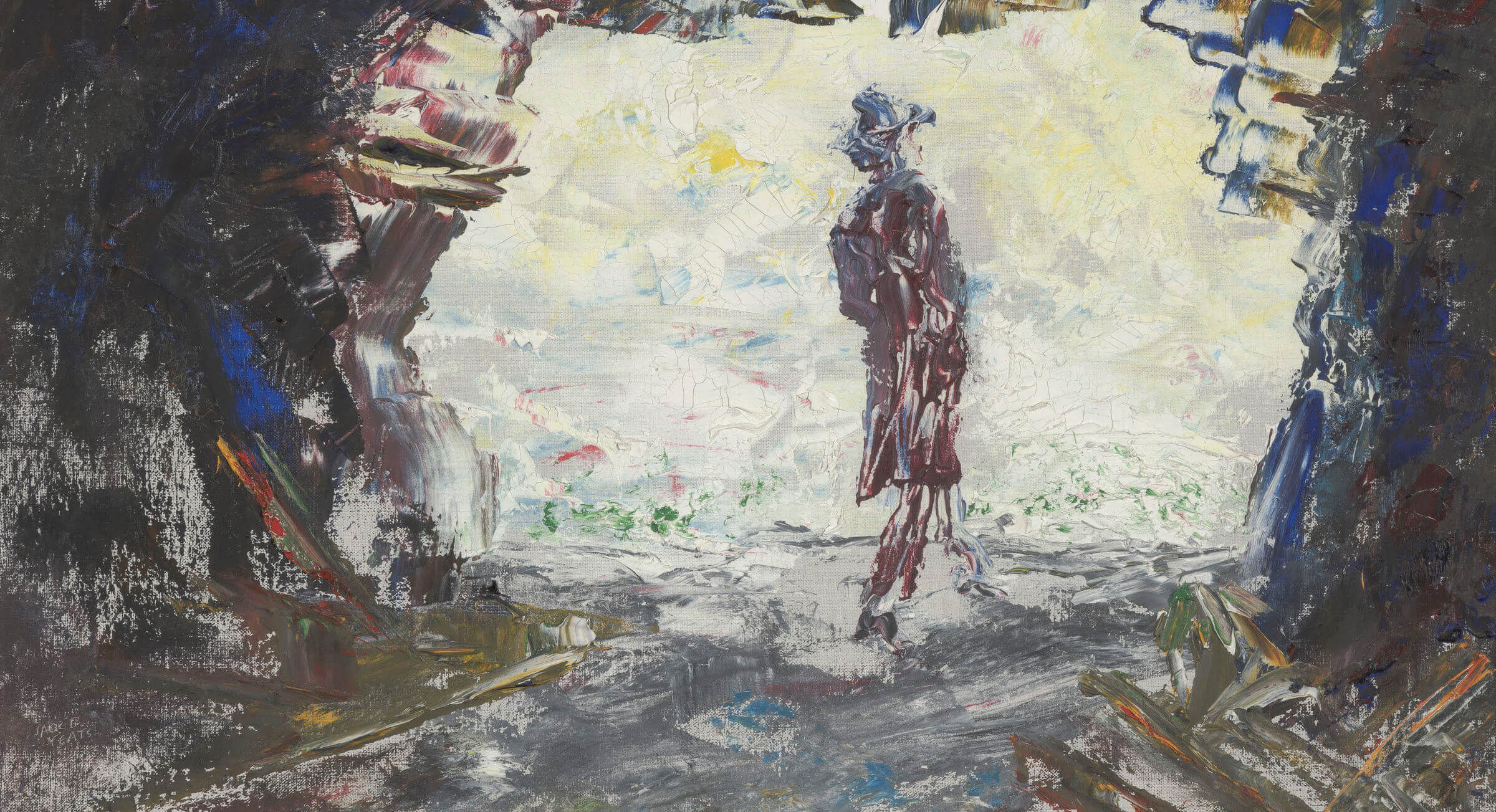 Driftwood in a Cave, Jack B. Yeats

Yeats, the younger brother of the Nobel Prize-winning poet W.B. Yeats, worked as an illustrator for much of his life before becoming a painter. “He was painting at a time when Ireland is struggling to establish their own country and government, and look at what it means to be Irish,” Snay says of this 1948 work featuring a figure looking out to a bright sea. “The brushwork becomes much more loose and expressive; he’s not as concerned with trying to depict precise details. It’s really more about creating these kinds of liminal, transitional spaces that becomes a metaphor for their political situation.” 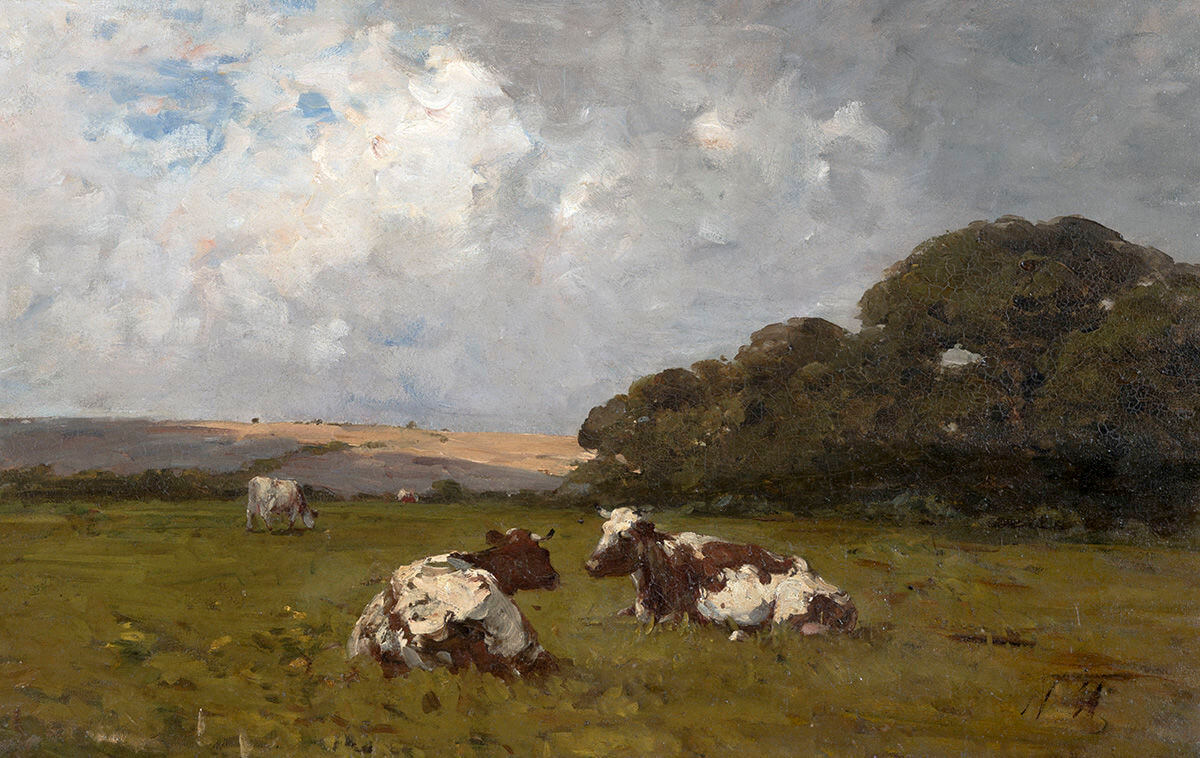 Hone, like many other Irish artists at the turn of the century, left Ireland to study with the masters of continental Europe before returning to paint the landscapes of home. Upon returning, Hone and other artists examined what their Irish identity meant. “They’re looking at the countryside, their natural resources, their way of life,” Snay says. Hone completed this painting of a field of cattle in the 1890s, taking style inspiration from his continental study. 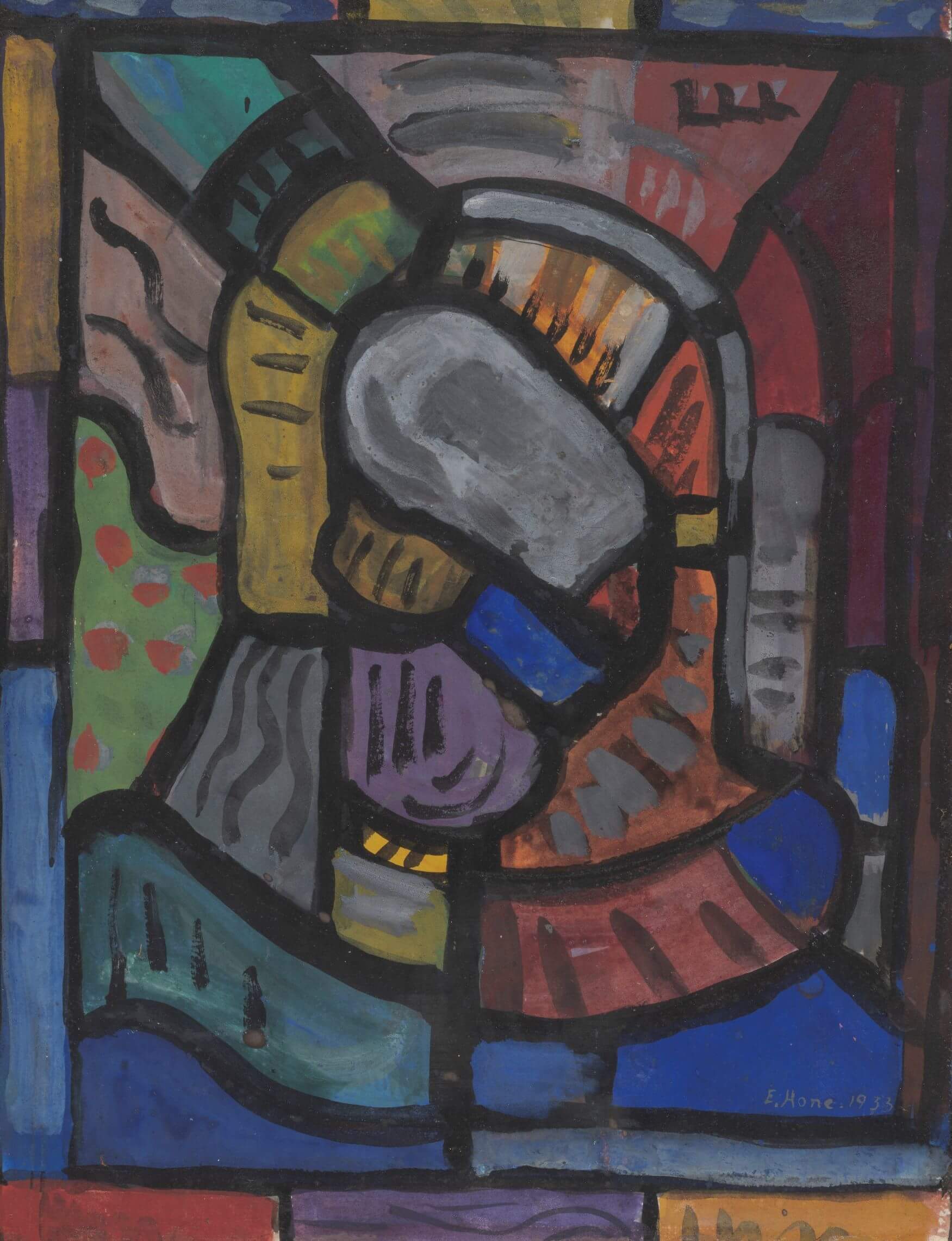 In this 1933 piece, Hone returns to what may be considered a more traditional Irish visual art style in her portrayal of stained glass. Hone “was much more abstract,” Snay says. “Though she eventually abandoned abstraction and became more inclined toward cubism.” The study of stained glass was “well-suited” for her cubist tendencies, with its striking black lines amidst bright colors. 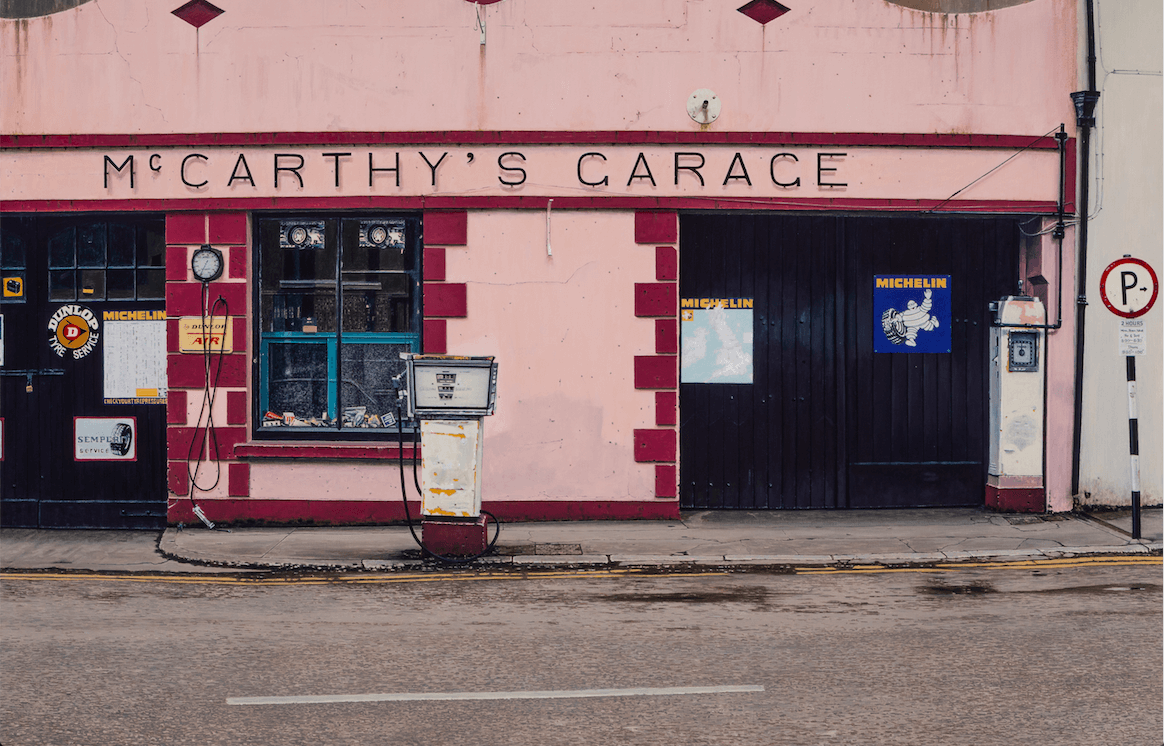 This photorealist painting, completed in 2006, demonstrates the tendency of Irish artists to mimic international trends with what Snay calls “a particular Irish twist.” Like his predecessors, Doherty is examining Irish identity and history, “paying close attention to their history of conflict and struggle to find autonomy.” Doherty depicts the front of a garage that is “a bit disheveled, maybe abandoned — and you can see pockmarks in the surface of the wall that intimate bullet holes and a violent past.”