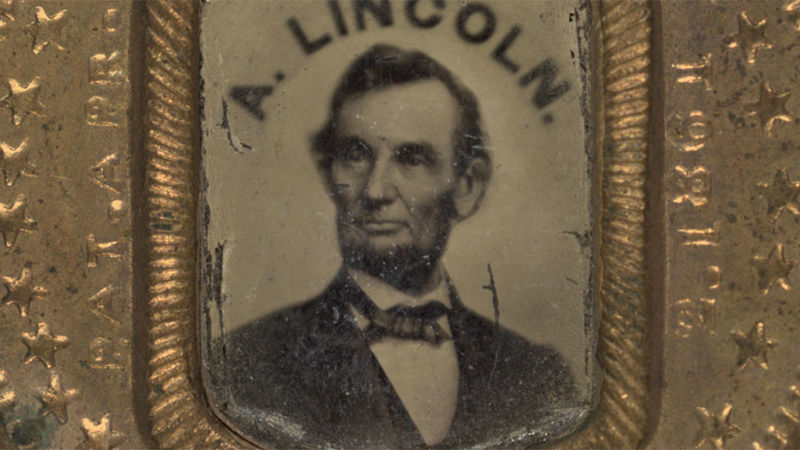 Ask people, “Who or what comes to mind when you hear the phrase ‘greatness of soul’?” and you will encounter blank looks and a confusing ragbag of replies. I know. I’ve tried it.

I’ve posed this question to friends and family, to colleagues and classrooms full of students. I even started asking strangers through online surveys. Some guess that greatness of soul is a mythical quality, like clairvoyance or animal magnetism. Some mention a saint or an esoteric religious teaching. Others with a different definition of “soul” in mind answer “Aretha Franklin” or “James Brown.” Many people suspect the question is a trick. “Is that even a thing?” they ask.

I tell them it is a thing. Or at least it was. In fact, greatness of soul was nothing less than “the crown of the virtues.” That’s how Aristotle described it in his Nicomachean Ethics over 2,000 years ago. For Aristotle, the great-souled person, or megalopsychos, is a person keenly aware of his or her potential. Focused on great and honorable things, the megalopsychos ignores petty slights and insults and is too high-minded to bother lashing out or holding grudges.

Once I offer this definition, most people realize that what seemed like a trivia question isn’t trivial after all. Blank faces take on expressions of surprise. Some people appear suddenly to sense the loss of this virtue like the aching of a phantom limb.

Next I ask my interviewees whom they think could use greatness of soul today. Many mention our leaders in government, business or the media, and complain that these leaders have become nothing more than trolls who draw us into a downward spiral, appealing to what is base or small in us rather than what is great. Many mention internet trolls, those twitchy, trigger-happy lurkers who denounce enemies as swiftly as their keyboards can carry them. A few even admit to trollish behaviors of their own. These people say they’re uncomfortable with how often they turn away from their best selves, settling for responses based in fear, blame, anxiety and worry.

At this point I am often asked a question, some version of “What happened?” or “How did we lose sight of greatness of soul?” Losing a set of keys, a wallet or a dog is one thing, but how does a culture lose a virtue? I didn’t know, so I decided to seek an answer in the commonsense way. I began retracing our culture’s steps from Aristotle’s megalopsychos to the present day.

Greatness of soul, it turns out, did not fall into ruin along with Aristotle’s Lyceum. It survived into the Middle Ages, largely in the works of St. Thomas Aquinas. “Magnanimity” — from magna, “big,” and animus, “soul or spirit” — is Thomas’s Latinate equivalent, and he includes it in his Summa Theologiae. The difference is that Aristotle admires Greek warriors and statesmen, while Thomas views Christ and the saints as exemplars of a good — meaning holy — life. So he employs humility, a virtue Aristotle did not recognize, to work alongside magnanimity.

Even though magnanimity does not stand alone for Thomas, it still matters. As the 20th-century Thomist philosopher Josef Pieper explains, “Magnanimity, a much-forgotten virtue, is the aspiration of the spirit to great things,” while “humility is the protective barrier and restraining wall of this impulse.” Humility reminds us of the “inexpressible distance between Creator and creature,” but we still need magnanimity to help us recognize and decide “in favor of what is, at any given moment, the greater possibility of the human potentiality for being.”

Searching for evidence of magnanimity in more recent times, I came across one name again and again: Abraham Lincoln.

During his lifetime and after his assassination, Lincoln was lauded for his magnanimity. Some of the most poignant plaudits came from Lincoln’s own would-be enemies. William Seward, originally a political rival and later Lincoln’s secretary of state, called Lincoln’s magnanimity “almost superhuman.” The president’s relationship with another rival, Edwin Stanton, also stands out. An attorney general for the administration before Lincoln’s, Stanton had earlier hurt Lincoln’s law career by barring him from taking part in an important trial. Stanton even had a well-known habit of insulting Lincoln, calling him a “damned long-armed Ape,” and “the original gorilla.” Nevertheless, Lincoln picked Stanton as his secretary of war because he believed Stanton was the best person for the job. It was, according to one Lincoln biographer, “one of the most magnanimous acts of a remarkably magnanimous president.”

We might expect that war, and in particular civil war, would stretch magnanimity to its breaking point. But the opposite seems to have been true for Lincoln. He could not put his ego before the needs of a riven country. The stakes were simply too high. “I shall do nothing in malice. What I deal with is too vast for malicious dealing,” he wrote in 1862. We may say that desperate times call for desperate measures, but for Lincoln they called forth magnanimity.

None of this is to suggest he acted blamelessly. Lincoln’s life teaches us the valuable lesson that magnanimity does not require perfection. W.E.B. Du Bois insisted on this point. “No sooner does a great man die than we begin to whitewash him,” the great sociologist and historian lamented in 1922, shortly after the dedication of the Lincoln Memorial in Washington, D.C.

Du Bois saw Lincoln’s greatness as having an intimate relationship with his imperfection. “I love him,” he wrote, “not because he was perfect, but because he was not perfect, and yet triumphed.” When it came to crisis, Lincoln was “big enough to be inconsistent.” Du Bois called Lincoln “cruel, merciful; peace-loving, a fighter; despising Negroes and letting them fight and vote; protecting slavery and freeing slaves. He was a man — a big, inconsistent, brave man.” Du Bois may well have had in mind Ralph Waldo Emerson’s comment about consistency being “the hobgoblin of little minds,” something with which Emerson says a “great soul” has nothing to do. By cultivating greatness of soul rather than mere coherence, we know when to leave behind our ideology, team, tribe, platform or brand in favor of something greater.

Yet magnanimity is a lot like Lincoln’s stovepipe hat: We know him for it, but it was already falling out of fashion in his lifetime. A few years before the Civil War, the English social critic John Ruskin was already calling magnanimity “a virtue of which we hear too little in modern times.” Today, a little data mining in Google Books proves Ruskin was onto something: Readers are about seven times likelier to encounter “magnanimity” in a book written a century before Lincoln’s death than in one written a century after it.

Now I knew that we lost magnanimity little by little over the last two or three hundred years. But I still didn’t know why we lost it, or how we could get it back again. Then I posed my question about greatness of soul to Darcia Narvaez.

A professor of psychology at Notre Dame, Narvaez is an expert on moral development. Her response was unlike any other. She wasn’t surprised by magnanimity’s disappearance. “It’s because we have so many un-nested people,” she told me. “Your nest, your sense of social support, should last throughout your life. If you don’t have that sense of social support, you wind up downshifting into self-protective mechanisms and mindsets.”

This un-nesting, she continued, begins in early childhood with “families that mistreat or under-care for their children,” a pernicious trend that advanced through the 19th century as a flawed view of parenting emerged. “Some people began to think children become dysregulated because you’re too nice to them,” she said, “but we find the opposite is true.” She and her colleagues observe that un-nested children become anxious adults who lack empathy and openness to others. They rely too much on stress responses, which are useful when real threats are present but not “for everyday life when you’re trying to make a living and get along with your neighbors.”

In other words, no one decided to reject greatness of soul. Instead, it was overwhelmed by anxiety. It came to seem too large for us — or we too small for it. In order to recover it, we will have to begin at the root, with the way we raise children and offer social support and communal engagement throughout a person’s lifetime.

Narvaez agreed that dusting off our copies of the Ethics and contemplating Lincoln might help us become more magnanimous, but she also pointed out that magnanimity is not just a faded word on a page or some relic of a forgotten past. “Magnanimity is part of us,” she said. “Most of our ancestors were small-band hunter-gatherers. In those societies, generosity was expected, and it was important to always recognize one’s reciprocal relationship with other people and with other natural entities. These people always had a sense of being gifted and giving. In that context, greatness of soul is not unusual or strange. People who live close to the natural world recognize that virtue and survival go together.

“Even our bodies are communities of cooperation and generosity,” she continued. “Ninety to 99 percent of the genes we carry are not human genes, they’re the microbiome. If we didn’t have all those microorganisms keeping us alive, we wouldn’t be here.”

The French Dominican A.G. Sertillanges once wrote, “Like the grass of morning, moist with glistening dew, all the old virtues are waiting to spring up afresh.” If I confirmed one thing on my search for greatness of soul, it’s that Sertillanges was right. Though on the surface this old virtue seems to have withered, its roots — in our culture, our history and even our biology — run deep. What say we tend them?