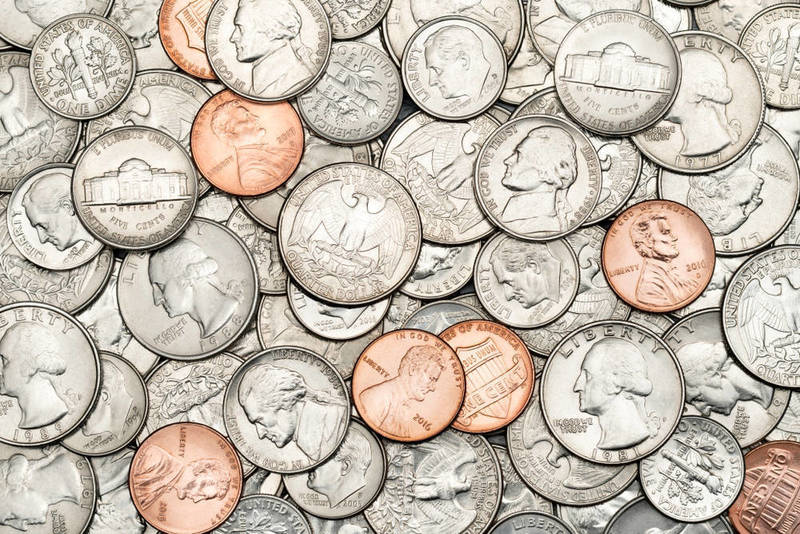 I don’t remember when I stopped picking up pennies. While I was walking with my mom recently, she picked up a dirty penny off the street and left it on my apartment steps. A week later it’s still there. I guess at some point the risk of picking up germs began to outweigh my delight in found currency. Plus I don’t always have pockets. If I do place something in a pocket there’s the risk I won’t check it and will send it into the wash.

I won’t pick up a penny, but I will pick up a quarter. I may or may not pick up a dime. It appears my germ risk-reward ratio falls within the ten to twenty-four cent range.

Once a friend and I found three twenty-dollar bills folded on a Chicago sidewalk: 60 bucks. We looked around, I even backtracked a few blocks, but no one was in sight. If we were in a grocery store, we’d have turned it in. For a reason that still eludes me — whether due to her contemplative nature or her work for a legal aid justice center — I deferred moral action to my friend. She thought we should leave the money there, so we did. Sometimes I think about those bills flapping on the concrete like green leaves dislodged before their time, ripe for the taking.

When I was young I kept loose change in a large Tootsie Roll canister. Every so often, I would stack my coins into cardboard sleeves to cash them in at the bank. I can remember the heft of the paper tubes, the tang of the metal, the feeling of film on my fingers.

My dad, who wore a suit to his office for over 30 years, kept a ceramic dish of coins on his dresser bureau. As a final flourish before leaving for work, he would scoop a few coins into his pocket. It always struck me as an anomaly. My dad is clean-shaven. His dress shirts were starched white. He would leave the house on a cloud of aftershave with his dress shoes clicking on the hardwood. With everything else pressed crisp on his person, it was curious to me that he would admit into his pocket this handful of grime.

My dad is the sort to use coins in transactions to minimize his change. For a lunch bill of $9.77, it would not occur to me to pay other than $10. My dad will add two pennies to receive a quarter in return. I guess it is the prerogative of someone who carries change on him, although it is puzzling to me why he would mind receiving change back if he intentionally loads himself with coins each day.

When I pay with bills, I become flummoxed if a cashier asks me if I have a few cents extra. I think, didn’t I give you enough? I get the sense that they are trying to help me, but I only feel put on the spot. It’s as if they are giving me a math problem to solve, but rather than allowing me to complete it in solitude at my desk there is a line of people watching. Of course it’s okay if I don’t have the right coins, but somehow I feel like I’ve let the cashier down.

As my wallet doesn’t even have a zippered pouch, I stuff any change into an exterior cushioned pocket. Only when the load becomes unwieldy do I remove the coins and place them in a large jewelry box in my top dresser drawer. For the past six years I have been adding to this box without extracting from it.

Also in the box are a paper clip, a pink “Friends” half of a “Best Friends” heart, a gum wrapper, a satchel and two safety pins. Objects that could evaporate into oblivion with no one the wiser. There are a good number of quarters, and it would serve me to roll them and exchange them for bills. But there is no urgency. The hefty little box never asks me to make change; it silently accepts my sporadic and paltry contributions. Coins’ natural habitat seems to be dark and overlooked places — on city streets, in piggy banks, in washing machines.

I close the drawer, providing them with one more burrow in the world.