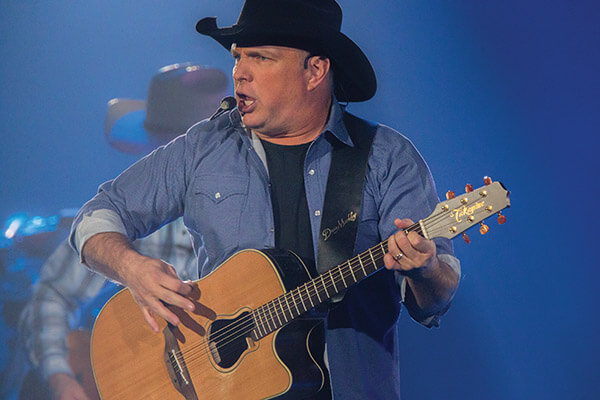 Brooks, the reigning king of solo album sales in the United States — exceeding even the King himself, thankyouverymuch, and second only to the Beatles overall — will strum his guitar in the stadium on October 20.

A six-time Country Music Association artist of the year, arguably best-known for his 1990 hit “Friends in Low Places,” Brooks sells tickets with the same prowess as albums. His three-year, 79-city tour with his wife, Trisha Yearwood, concluded in 2017 after 390 performances and 6.3 million tickets sold, the most in North American history and the most in the world for an American artist.

Promising to bring a “new kind of crazy” to Notre Dame Stadium, Brooks said playing on the historic football field fulfills a childhood dream that he shares with “everybody else on this planet” — albeit in a cowboy hat instead of the helmet he imagined.

He expects his new kind of crazy to amp up the volume in the stadium, equaling if not exceeding football decibels, but with reverence for the gridiron echoes the venue inevitably awakens.