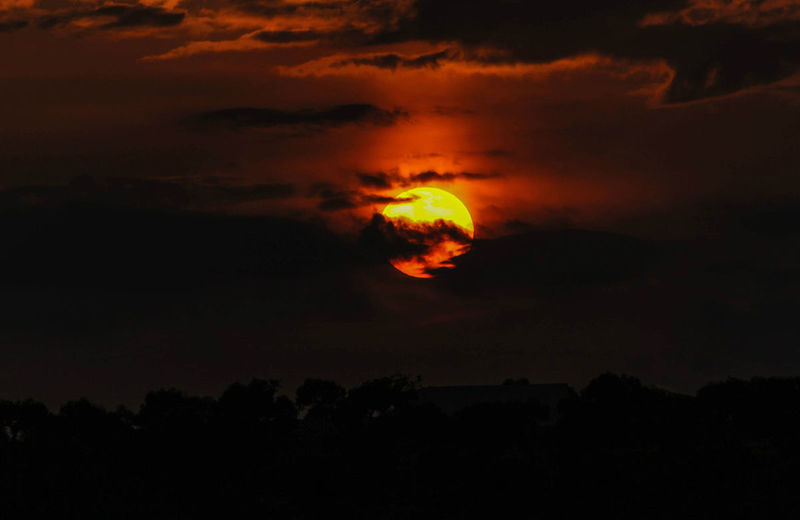 He is 15, after all, and what 15-year-old boy would be giddy in anticipation of a September Saturday spent in a high school gymnasium, watching a high school girls’ volleyball tournament while his brother and father were at a Notre Dame football game? Volleyball from 9 to 4, sitting on hard, wooden bleachers, stale air, hanging out between matches, watching warmups, watching his sister and her teammates, waiting out the day indoors while the world outside thrived and hummed and exhaled kite-lifting breezes, football-flying winds calling him away. So I told him this before we parted ways:

“Here’s the deal. You will be there all day long, just you and Mom. Just the two of you. No other family, grandparents, aunts, uncles or cousins, no other sibling, no demands or obligations pulling you apart. How often have you had that? How often will you again? Take advantage of the time together, sitting next to her, hanging out all day just the two of you.” And then these words came unexpectedly, “Because there will come a time when you would so want to have just one more day with your mother, just one more day alone with her, and it won’t be possible.”

And those final, unforeseen words made my throat clinch.

It has been almost 10 years since my mother passed away, and I have not had that thought before, have not longed for one more day together. Oh sure, there have been many times I would have liked to have told her things, would have liked to have shared good news, let her know of achievements and milestones, to report in, tell her things were fine, she worried so much about me. But I have not wished for time together.

I had that time, those last few days she was alive, sitting by her bed during hospice care, knowing that she was at the end of her time on earth, 89 and slowly evaporating, deflating from COPD and heart failure. “Oh, I see,” she said, when I sat by her bed, my sister and I having come from far away. “You and your sister have come to see me die.” It was not as harsh as it sounds. It was pure realization, the bloom of awareness. Her time had come. Our presence as a pair was her signal.

My father was the quiet one. My mother and I could talk. She would philosophize, tell you what to think, pass out her thoughts as servings of truth. And I guess I could too. So we argued about the war in Vietnam and integration in the South and the radical changes in the Church when Vatican II blew through town. Watergate and Mr. Nixon and my own missteps, stumbles and blunders — the errors of my ways.

In her later years we gave up the talking, stopped trying to change the other’s mind. She appreciated my company. My father, too — his mind wafting on a breeze of memory and vacant lots — smiled with his eyes when I was around.

In those final waiting days we hardly said a word. It was the presence that mattered. As if we all had agreed we knew how the other felt, knew there was nothing more to say, that words were too small for such weighty and tremendous mysteries as life and death. And love.

I didn’t even know she had died. Alone with her the final morning, I was startled by the hospice nurse who came into the room, stood by the bed and said, “Oh honey, your mama has passed.” It was such a peaceful leave-taking, so subtle a departure that I missed the crossing over.

As parents of young children, we wish for time away — a break, an evening out, a solo trip to the grocery store, sometimes just stepping outside for a breath of fresh air, solitude and quiet. As kids get older and go their separate ways, we often miss them then, wish for time back.

I have grown sons now that I don’t see nearly enough. It’s more my fault than theirs. The times we are together remind me of all the times my parents said to me, “Just having you here at home is a gift. You don’t know how happy your presence makes us.” I do now.

I cringe remembering those spring breaks when I’d get home to Louisiana one night and leave the next morning to backpack with friends in south Texas or canoe in northern Arkansas. “But you just got here,” my mother would say, “and now you’re leaving again so soon?”

I didn’t understand that sense of empty-handedness until I knew how the hollow spaces felt myself, with my own kids heading out the door without me. Then gone.

I do my best to be there. To be present.

But life has other ideas. And people too.

The other night, for example, I was driving my daughter home from a high school volleyball game, just the two of us. It was 10 o’clock on a school night and she really needed to get home to bed. She also needed to eat, so we picked up a taco salad and were nearing home when she exclaimed, “Oh look at the moon!”

The autumn moon was nearly full, peachy orange in color, big and glowing, throbbing through leafy trees, making its appearance on the eastern horizon while stars twinkled above.

Then it disappeared, the moon too low and the trees too thick from that vantage point as we turned again toward home. “I wanted to take a picture,” she said, pulling out her phone.

“Let’s drive on up the hill,” I said, weighing the wisdom of staying out a while later, her hunger and fatigue. “We’ll get a clear look from the soccer fields.” So we drove past our house and headed up the hill and turned onto the grassy plane of the darkened soccer fields and gazed at the brilliant moon. We just looked at it for a while — with me grateful for a teenaged daughter who got excited about the moon, rolling down her window and trying to capture that image, this moment on her little phone. With me no longer staring the moon, but watching her, unaware she was being watched, and the moment savored. And her being loved, with a heart swelled bigger than the moon itself.

The trouble with moments — the really good ones anyway — is that they evaporate too fast. So it’s good to be there, to find the presence, and make them last when you can. Some things you just don’t get back.