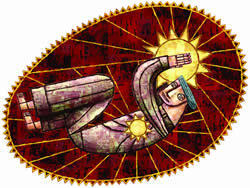 On May 20, at the 167th Commencement ceremony, Notre Dame awarded an honorary degree to Kevin J. “Seamus” Hasson ’79, ’82M.A., ’85J.D., the founder of the Becket Fund for Religious Liberty, a public-interest law firm that defends the rights of institutions and individuals “from Anglicans to Zoroastrians.” The next day, the University’s president, Rev. John I. Jenkins, CSC, ’76, ’78M.A., announced that, “neither lightly nor gladly,” the University had filed a religious-liberty lawsuit of its own, challenging the legality of a federal rule requiring most religious employers to provide coverage for “preventive services,” including FDA-approved contraceptives, sterilization procedures and abortion-causing drugs.

Another 42 Catholic institutions brought similar cases the same day in federal courts across the country. This group of universities, dioceses, health-care providers, schools and social-welfare agencies argue, among other things, that the preventive-services mandate requires them to act inconsistently with their Catholic mission, character and commitments, and therefore violates federal law and the First Amendment.

As background, recall that President Barack Obama signed the Affordable Care Act into law in March of 2010. The Act requires, among other things, that most employers’ group health plans cover women’s “preventive care.” However, Congress did not define this term, and the U.S. Department of Health and Human Services (HHS) took more than a year to decide which “preventive services” to include in the mandate.

HHS also announced that some “religious employers” would be exempt from the requirement. This unusually stingy provision covers only those entities whose purpose is “the inculcation of religious values” and that hire and serve primarily people of the same religious faith. A house of worship or a seminary could meet this definition, but many religious charities, schools and hospitals would not.

The mandate and the “religious employer” definition came under sharp criticism from a diverse array of individuals and institutions and from across the political spectrum. In response, the president endorsed last February what some characterized as a “compromise,” and proposed that, in cases where religious institutions that don’t qualify for the narrow exemption object to providing the coverage, the insurance companies will be required to do so instead. It is not clear, however, that this proposal would provide any relief for religious employers, like Notre Dame, that have self-insured employee health plans and therefore are, in effect, “the insurance companies.” Other details remain to be worked out and questions need to be answered in the course of the administrative-rulemaking process. In meantime, the mandate is the law, and it is the target of the University’s lawsuit.

American legal doctrines and precedents dealing with religious liberty are complicated. So, to understand the University’s lawsuit, and some of the criticisms of it — for example, that it doesn’t reflect prevailing views of contraception among the Catholic laity or that it brushes aside the economic concerns of employees who do not share the University’s religious objections — it’s important to appreciate what is, and is not, being argued. Notre Dame is not objecting to health-care reform, nor is it seeking to regulate contraception. The lawsuit has no merely partisan, electoral or political aims and — as Father Jenkins has said — was filed only after “much deliberation, discussion, and efforts to find a solution.”

The University respects fully its employees’ liberty and privacy and is not seeking to impose or coerce religious orthodoxy. It does insist, however, that a mandate requiring it to provide preventive services to its employees is not in keeping with Notre Dame’s character as a Catholic university, with the institutional diversity in civil society that we celebrate, or with federal law.

What’s more, the current exemption both reflects and imposes a confined understanding of what it means to be a “religious” institution, one that is engaged and active in the world, one that aspires not only to pray and worship, but also — as Notre Dame does — to discover, teach and transform; to make God known, loved and served; and, as Jenkins says, “to heal, unify and enlighten.”

“This filing is about the freedom of a religious organization to live its mission, and its significance goes well beyond any debate about contraceptives,” Father Jenkins wrote in a May 21 open message explaining the University’s decision to sue. “For if we concede that the Government can decide which religious organizations are sufficiently religious to be awarded the freedom to follow the principles that define their mission, then we have begun to walk down a path that ultimately leads to the undermining of those institutions.”

ND president emeritus Father Theodore Hesburgh, CSC, stated succinctly, in a recent interview, the lawsuit’s central claim: The government has “overreached” and “has to be brought up short.”

In a pluralistic society governed by the rule of law, religious liberty is not absolute. And the responsibility of public authorities to the common good and public order means that balancing, trade-offs and compromise are unavoidable. At the same time, a political community like ours, with laws and a Constitution like ours, should respect and cherish religious freedom and should accommodate distinctive religious claims and obligations generously, not reluctantly.

In this case, a policy that better respects the religious mission, character and integrity of institutions like Notre Dame was and is available. For example, the government could use and expand existing federal programs, like Medicaid, to provide employees of the relatively few objecting religious institutions with preventive-services coverage. Such an approach would avoid most of the religious-freedom issues without sacrificing what the Obama Administration regards as the policy’s benefits.

Of course, to cherish religious freedom is not necessarily to welcome federal litigation. It would have been wrong for Catholic institutions to sue unnecessarily, prematurely, “for show” or to score political points. In this case, though, it would have been risky and unreasonable to delay. Political operatives of all stripes will, no doubt, try to use both the mandate and the challenges to it for their own purposes, but the decision to sue was both principled and prudent, because religious freedom is both foundational and vulnerable.

Richard Garnett is an associate dean and professor in the Notre Dame Law School.