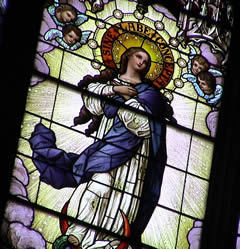 The main thing you have to know about lupus is that it means wolf. The Web will tell you it’s a chronic autoimmune disorder characterized by joint inflammation, rashes, chills, fevers and high white blood cell counts. It will mention that there are different types and severities, that it affects women more often than men, that you’ll need to see a rheumatologist to treat it. But all you really need to know is that, if you have it, it feels like a wolf is feasting on your body, gnawing on your bones while you lie there, while your body turns its immune system — your very defenses — against you. In an appalling twist of fate, the wolf and your body become allies, and you’re the enemy.

They didn’t know where mine came from. I was an 18-year-old freshman in college when the chills began. At the time, I wanted to walk on to Notre Dame’s basketball team, to meet girls and to watch late-night comedy shows over a beer with buddies. Instead I found myself in my dorm room every afternoon shivering myself to sleep, only to wake up hours later burning and bathed in sweat. They suspected the disease could have been induced from an acne medication I’d recently stopped taking — in which case, the doctors said, it would clear up in a few weeks.

It didn’t. The chills morphed into an excruciating soreness that overtook my knuckles, elbows and knees. Every muscle screamed. My joints ballooned. Twisting a doorknob, opening a jar of pickles, even walking became painful challenges. The doctors started to scratch their heads. They tried treating me with steroids, anti-malarial medications, low-level doses of cancer drugs — all to no avail. This was not normal. I got scared. My blood was sick.

On the first floor of Notre Dame’s Knott Hall there’s a cool, dark chapel that is enveloped in silence most afternoons. In the far corner, to the left of the altar, stands a statue of the Virgin Mary. Her veiled head and flowing robe show a woman of purity, grace and gentleness, a nurturing mother to whom the sick, the hungry and the oppressed have turned for solace for millenia.

I sat in front of her many afternoons as the wolf ravaged me. A lifelong Catholic and a student at this school founded in her honor — Notre Dame, Our Lady — I was always taught to turn to her in times of grief, for she was our most powerful advocate to God. After all, she had literally held him. So, in the silence, I did what most babies do to their mothers: I whined. Why had this happened? Why couldn’t I jog, let alone play basketball? Why were the first years of college filled not with fun and exhilaration but pain — a woeful, humiliating pain of loneliness?

It started to become a royal waste of time. I didn’t improve; it still hurt to do anything other than sleep. Days became weeks became months. To me, in front of her, she began to seem exactly as she appeared — an inanimate piece of wood, carved to resemble a first-century Jewish mother. The 16th-century Pope Pius V dubbed her “Our Lady of Victory” for her supposed intercession in a momentous Christian battle, a title that would stick for centuries. Well isn’t that rich, I thought, as the lupus continued to attack. Some victory.

One day several months later, I spoke to a priest on campus, Father Jim, about how difficult this had all become for me, and how the only response I could muster toward God was anger. I felt bad about it, I told him, I really did. But I was livid. I was miserable and powerless, and I had done nothing to deserve this.

He nodded his head, put his fingers to his chin, and then told me something that I’ll never forget.

In the Bible, he said, there’s a story where Jacob is wandering in the desert. And he’s in a bad way. He’s sinned against his brother, who’s looking to kill him. He’s running around trying to keep his family safe, he’s confused, and he’s exhausted. One night, he ferries his wife and children across a river and stays behind to prepare for a potentially dangerous encounter with his brother the next day. While he’s alone, an angel appearing as a man confronts him and fights him.

But here’s the thing: Jacob fights back. Each time he’s slammed to the desert floor by this raging stranger, he twitches, pushes back and thrusts the angel away, only to have the angel counter. It continues all night. Jacob doesn’t lie down. He fights blow-for-blow and fights some more and writhes and winces and refuses to be undone — until, finally, the angel snaps Jacob’s thigh and separates his hip.

Then Jacob, defeated and lying there in pain, does something even more remarkable: He doesn’t let go. He holds the angel tight and refuses to release him until he has blessed Jacob. The angel, apparently moved by his persistence, consents, blesses Jacob, and renames him Israel, doing so “because you have struggled with God and with man and have overcome.” From that point forward Jacob — with a limp — leads his family and future generations to become an enduring tribe driven by their faith in God.

The point, this priest said, was that Jacob fought not in spite of loving God but because of it. His fight, in one sense, was a conversation, an intense, vigorously flawed conversation — but a conversation nonetheless. It was a prayer of perseverance. And that, he said, is what a relationship with God is supposed to be. You’re supposed to get mad at people you love. You’re supposed to struggle. But in that struggle, you are to engage God — not to ignore or dismiss but to ask, to question, to whine, to yearn, to seek, to plead, to beg, to fight: “Why this? What am I supposed to do? Why have you forsaken me?” You are to tell him what you are thinking, what you hope for and what you desire, knowing full well that it’s out of your hands: “Make it stop. Make it go away. Take this cup from me.”

It helped reinforce for me right then that life is about battling. It’s about yearning for God and for a sense of understanding, and fighting what prevents it. Depression, disease, despair, fatigue, evil — these are powerful forces. And faith is being able to ask for help, ignore your wounds, and fight the forces with the tenacity you’ve learned from intimate, heated conversations with God. In other words, a struggle to understand is always one worth enduring. The fight is good.

Emboldened by his words, I continued to visit the chapel each day. Each wretched day. I was still seething and hurting, but I was not going to walk away from this. I was going to knock on the door each day, to ask for healing, and if no one answered, I was going to come back and knock again the next. I would find out later that, in the Gospel verse in which Jesus says, “Knock and the door will be opened to you,” the Greek word translated as “knock” doesn’t actually refer to “knock” as we known it — a few polite taps — but an endless, annoying, woodpecker-like battering. In other words, I decided I was not going to knock, but Greek-word-knock.

And then, amid the pain and fear and knocking, came little victories. Whispers. Kisses.

Then, I started to move again. That summer, back home in San Diego, my grandfather insisted that I join him on his trips to the YMCA. Granted, I had been to that gym plenty in previous years — to lift weights, hit the treadmill, play basketball. But I had never gone to the old folks’ room where my grandpa exercised. It was one without free weights or loud music, a peaceful haven where many octogenarians biked slowly, lifted gingerly, or worked to overcome the effects of recent strokes or hip replacements.

There was a reason I hadn’t been going to the gym: I couldn’t. At least, I couldn’t do what I used to do there, to compete against other fellas in the weight room or on the court. In fact, to get to the point where I could even walk in the morning took a minimum of 20 milligrams of prednisone and a hot shower. “So we’ll go closer to lunch,” my grandpa said. I couldn’t decline.

And so, before long I found myself in the midst of a group of determined geezers and struggled to lift half what they lifted. It was a painful reminder of how far I’d regressed. My joints couldn’t handle more than a few pounds on the mechanized bench press, and running was out of the question. But I was doing. I was moving, not just being. For the first time in what seemed like an eternity, I had a physical outlet for the struggle.

Then, back at school, a third breakthrough. Across the Notre Dame campus, one mile from my dorm, was a campus gym with a kiddie pool, a 4-foot deep area in which the children of professors would often flap around in their water wings and splash all giggly-like. For me, it became a battlefield. Day after day I would walk across campus and, because the warm water was gentle on my joints, this was where I could swing my legs and gyrate my arms and dance. The motion felt good and probably looked hilarious. But, underneath all of the dancing, the wolf was dying. In my exercise, I began to pray, visualizing the wolf being overcome, outrun and wrestled to the ground.

At that point, it started to become clearer to me that I wasn’t alone. In Mary’s tender femininity I began to see something deeply mysterious: an unshakeable, intense strength that defies the frailty we normally associate with tenderness. It’s the stuff of warriors and kings, a paradox embodied. She is Our Lady of Victory, I thought, Our Lady of Perpetual Help. She was the one to whom her son looked for strength on his final day of suffering. She is my greatest advocate. Her love, I thought, her prayers are no match for the jaws of despair. I was strong, but the strength was not my own. The struggle was not over, but it was a good struggle. I felt anger toward the disease but a peace toward God. I was wrestling with God, but only because I didn’t want him to leave without blessing me.

On Easter morning of 2004, the lupus left at once — literally overnight. I remember being there in my dorm room then and, for the first time in 15 months, bouncing out of bed. No soreness, no swelling, no tightness. It was as if those little victories and those whispers had, in one glorious instant, become a blasting trumpet of triumph. The wolf’s day was done. He had been vanquished on the same day that signals the final conquest of evil.

To this day, doctors have never been able to explain what happened, how the lupus came, or how it went.

As for the healing, as for the blessing — indeed, as for the victory — I like to think there was a Lady behind it.

Ricky McRoskey is a writer for a financial firm in New York City. A graduate of Columbia’s Graduate School of Journalism, he has written for BusinessWeek, Business Insider, Catholic Business Journal, the Official Catholic Directory, and the San Diego Daily Transcript.