When I picked up a copy of The Girl on the Train from my local library a few weeks ago, I felt like I was the last person to learn what all the fuss was about. The book had been out for more than a year, and everyone I knew, it seemed, had already read it, was reading it, or wanted to read it. A movie based on the book had just come out. We had reached peak Girl on the Train.

It was supposed to be the next Gone Girl — a psychological suspense/thriller novel that explored the dark secrets of disaffected suburbanites leading outwardly successful but inwardly unhappy lives. It promised plenty of good plot twists, aided by unreliable narration that would keep readers on their toes. 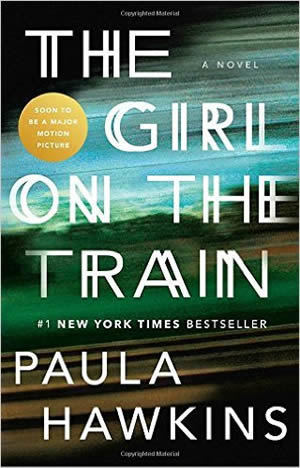 And it did not disappoint. I found it to be a fast-moving read, thanks to a well-sketched central character and the multiple voices it takes to tell the story, bit by suspenseful bit.

When Rachel first appears in the story, she seems to be a hot mess, day-drinking and lurching from one blackout to the next. She habitually stalks and drunk-dials her ex, who had left her for a woman named Anna. The couple has since started a family together, and it turns out this was a particularly bitter pill for Rachel to swallow because she is not able to have children.

Drinking costs Rachel her job, but she maintains the charade of her old routine, taking the train into the city each day and people-watching as she passes familiar houses. Over time, she has grown accustomed to watching a third woman, Megan, who seems to have the perfect marriage. But one day Rachel sees something that reveals this isn’t the case. Then Megan goes missing, and Rachel awakens bloodied and regretful about the previous night. It’s her latest blackout — yet another night that appears lost to alcoholic oblivion.

But Rachel will not let things go. She digs into details of the case, inserting herself into the investigation — all while continuing to stay in contact with her ex, and even befriending the husband of Megan, the missing woman. It appears to be a recipe for disaster, and she finds herself questioned by police and confronted by her roommate. At this point, Rachel’s life feels like a train wreck — something awful that I couldn’t help but stop and gawk at as a reader.

But things are not always as they seem. Appearances deceive. People aren’t always who you think. As the novel sped through its final series of twists and turns, I began to recognize everyone for who they really were — just in time for the chilling climax.

That predictably unpredictable narrative — a clue here, a red herring there and an unexpected series of twists — is why I enjoy thrillers like The Girl on the Train. I suppose at some level it reminds me there’s always more to life than I can see, and I may not know how things will turn out. That, to me, is half the fun.