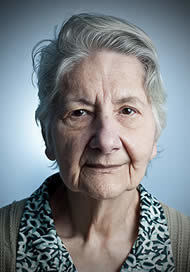 The political debate about health care reform turned ugly this past summer. Reforms would lead to “death panels,” several alleged, and government bureaucrats would be making decisions to “pull the plug on grandma.” Everyone from President Obama to David Letterman was talking about end-of-life medical decisions.

The health system that I work for, Gundersen Lutheran, was pulled into the middle of this debate because it helped write and supported legislation that would pay physicians to discuss future treatment choices with their patients. Those opposed to this legislation claimed that it would be mandatory and that physicians would be rewarded if they got patients to make choices to limit treatment at the end of life, i.e. ration care.

These allegations were and are false. The legislation provided for payment to physicians when these advance planning discussions occurred, but it did not require patients to have such discussions. The legislation thus created a new benefit for Medicare beneficiaries, but using the benefit was up to the patient, not the doctor.

This part of the legislation led some to conclude that physicians would get paid more if they “talked” patients into wanting less care. In fact, there was no link between the physician’s payment and the patient’s choices.

Outcome measures were included in the legislation to make sure that when planning conversations did occur that the patient’s plan was, in fact, available to doctors and was honored. Clearly, there is no sense in paying for these conversations if they have no impact on the patients’ control of their own health care. The outcome measures were only a way to determine if there was actual value to patients if physicians were paid.

What type of planning conversations might occur? It would depend on the health condition of the patient. In the initial phases of planning, when a patient is relatively healthy, the planning might only involve the legal appointment of a surrogate decision-maker and a consideration of the patient’s treatment goals if he or she had a severe, permanent neurological injury.

As the seriousness of a patient’s disease progressed, more specific plans would be considered as needed. In the face of end-stage diseases, different patients make very different plans in situations of similar prognosis. Some patients want to consider almost any option, while others wish to limit the treatments they are willing to try. Good medicine attempts to match treatment to individual goals and decisions rather than simply following some routine protocol of “care.”

But there is a very reasonable question here. Why pay physicians to discuss future treatment choices with their patients if the patient wants to participate in this discussion anyway?

Before answering this question, let’s be clear about one important point: We are not talking about all physicians having such conversations. Certain physicians such as pathologists, radiologists and cardiac surgeons are not likely to take time, nor should they take time, to have such conversations. We are talking mainly about primary and palliative care physicians and specialists who treat cancer, heart disease, kidney failure and lung diseases.

Of course, the reason physicians should engage in these conversations is that different people make different choices in similar situations. If we leave these discussions to the very end, the patient may not be able to express his or her views or the treatment will have been started before he or she has a chance to make any choices.

The current evidence suggests that when these discussions don’t occur ahead of time, patients receive more treatment than they would have chosen, they go through more suffering than they want, and their families experience more depression and complicated grief.

In other words, planning ahead for future medical treatment leads to better, more individualized care of both the patient and the patient’s family. So why should we pay physicians to have these conversations with their patients? The reason is simple: it is of great value to both patients and their families. Of course such conversations take real time and the physician should be compensated just as he or she is paid to assess, diagnosis and treat the illness.

In our community, La Crosse, Wisconsin, both health systems, Franciscan Skemp and Gundersen Lutheran have made a collaborative, concerted effort to help all patients and their families understand, reflect on and discuss future treatment decisions. The goal is not to talk people out of or into anything. The goal is to help each patient create a plan or advance directive that represents an informed choice consistent with their own values and goals.

After 15 years of effort to make advance care planning part of the routine of care, we now have a health system where virtually every adult, at the time of death, has a written plan in the chart of the health facility where they die, and the decisions at the end of life are consistent with that plan over 98 percent of the time.

Knowing and honoring patients’ choices is generally thought to be a good thing. Such a system of advance care planning can also impact the way health services are utilized in the last two years of life. The fact that La Crosse has some of the lowest health care cost in the country is, in part, the result of individuals making their own plans for future medical care.

In most cases this typically means a person decides not to return to the hospital and ICU care in the last months of life, but rather focuses on humane care and relief of pain and suffering where they reside. Paying physicians or other health professionals to help patients and their families make plans for future health care choices is not only better care, it is also a way of reducing the cost of health care to society by cutting waste from the system. This is a health reform all Americans should embrace.

Bud Hammes is the director of medical humanities at Gundersen Lutheran Medical Foundation in LaCrosse, Wisconsin.

Learn more about the approach to advance care planning in La Crosse.