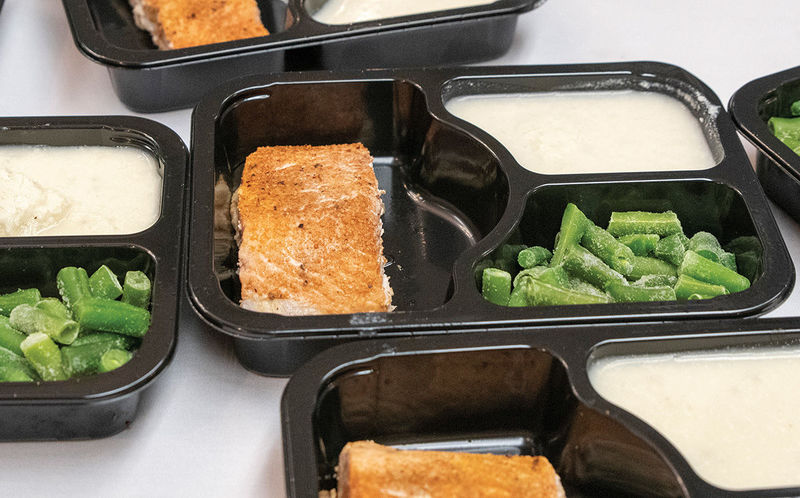 More than 90 percent of the students at South Bend’s Madison elementary school live in poverty. Subsidized meals provided on school days alleviate some of the food deprivation that compromises their health and education. Now a local food-rescue organization, in partnership with Notre Dame, has stepped in to fill another big nutritional gap in their lives: weekends.

When students go home on Friday, they might not be assured of another meal until returning to school on Monday. Cultivate, a South Bend nonprofit, with support from the Kelly Cares Foundation and the University’s William J. Shaw Center for Children and Families, conducted a pilot program last spring intended to provide food security on Saturdays and Sundays — while also reducing waste.

Each of the 100 students in the program received an insulated backpack stocked with eight frozen, microwavable meals to take home for the weekend. That’s intentionally more than a child might eat in two days so that food was available for others in the household as well. Every meal came with a protein, a vegetable and a starch. They were prepared, packaged and stored in a licensed kitchen, then frozen and delivered to Madison on Friday mornings for distribution.

The food came from unserved portions collected at venues around the South Bend area, including campus locations like the dining halls and the Morris Inn — and 12,000 pounds from Notre Dame Stadium alone.

Cultivate distributed more than 14,000 meals to Madison students during the spring semester. The managing director of the Shaw Center, Jennifer Burke Lefever ’98M.A., ’00Ph.D, who researches how early childhood experience influences development, analyzed information that the school provided to measure the success of the pilot program.

Students reported enjoying the meals and sharing them with siblings. They also expressed excitement about trying new foods. With few exceptions, the backpacks were returned on time. One issue that arose involved students in the program leaving the school because their families moved, a reflection of the housing instability that many low-income people face.

The benefits of good nutrition to childhood development and educational attainment are well established. And although the published results from the Madison pilot have only been anecdotal so far, the difference it made was evident to principal Deb Martin. On Monday mornings the students didn’t rush to the cafeteria for breakfast. “If they were running in,” she said, “it was to tell you the new thing they ate.”

This fall, an additional 50 Madison students were added to the program, which expanded to include other school districts in the area.

“What we hope, and what we see,” said Cultivate co-founder Jim Conklin, “is that, having meals over the weekend, having sustained nutrition, kids come back to school ready to learn.”