Essential Qualities of the Western Hero

Types of Westerns vary, but the most compelling American hero is found in stories about a community just beginning to establish itself on a frontier. The new town has no reliable government but needs what government normally protects (commerce, religion, literacy). However, a villain stands in the way as he protects the power he has accumulated. Classic examples are Shane and My Darling Clementine. The conflict in these stories can only be resolved by violence, and the townspeople are not skilled killers. Therefore, an outsider is required. He must be a proficient gunman who, for some reason, will kill to foster the development of the community. Usually, after the killing is finished, he departs from the community, thereby eliminating any threat of eventual violence. These stories are birth myths, suggesting that our peaceful communities required violence to construct themselves.

Some of the essential qualities of these Western heroes are:

Gone — Gone not only because he must take his guns out of the community but because, in a larger context, he has disappeared from Hollywood films. He exists now mostly in niche markets, like the Jack Reacher novels or the Jesse Stone TV films.

Silent — Why does the hero stay to help the community? Being a strong, silent type, he is never expected to explain his reasons. Will Kane (Gary Cooper) in High Noon can’t explain it to his new bride, except to say, “I just got to.”

Chaste — In these stories, the hero often becomes enamored of the prettiest and/or most intelligent of the women in the community. While this fondness can provide a reason for his decision to stay for the gunfight, the chastity makes it possible for him to leave without betraying the love interest.

Restless — These stories never explain why the hero must leave (No one says, “Get your guns out of our peaceful community”). Instead, the hero is restless and therefore, as Shane (Alan Ladd) explains, he’s “gotta be movin on.” In addition, the potential inner conflict between settling down with a woman or remaining free in the frontier is resolved in favor of the “wide open spaces.” 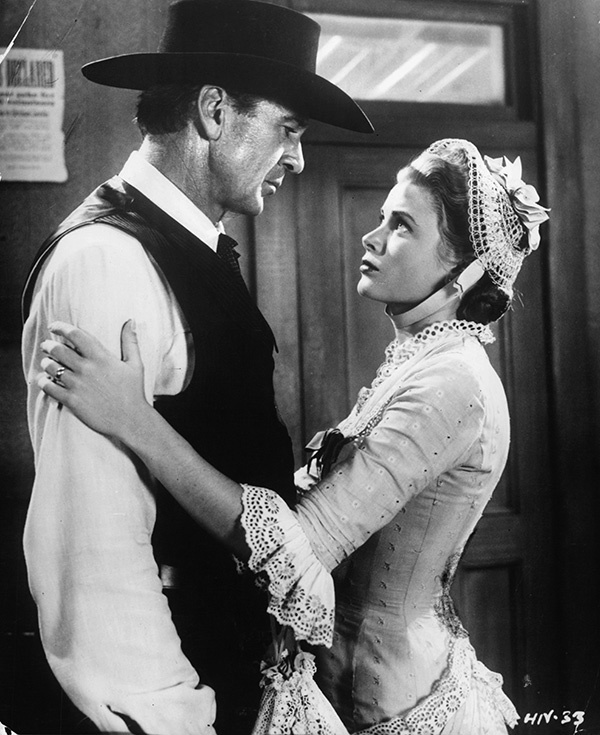 Violent — D.H. Lawrence described the American hero (in the literary form of Natty Bumppo) as a “cold-blooded killer.” Perhaps the hero stays to fight because he likes to fight. His disposition to resolve conflict through violence is often established early in the story through some incident. The film shows us a violent man and then uses the story to place that violence within a worthy cause (the emerging community).

Masculine — Issues of gender identity are frequently exaggerated in these narratives. The community is composed of various kinds of men, none of whom can adequately deal with the threat from the villain. These men are often courageous but nonetheless weaker than the skilled killer. In effect, then, a scale of masculinity is dependent on a person’s skills at being violent.

Free — Nothing limits the behavior of these men. There is no law yet, so they rely on a personal code that is inaccessible.

Kind — This code usually becomes apparent as a kindness to the weak (normal men, children and women) and a corresponding violence to any form of bullying.

Alone — A violent man who claims the right to kill outside the law, who invents his own moral code and who sees women as secondary to his freedom is not going to have many friends. There is no way to reach him.

In nature — The hero’s lonesomeness in these films is always offset by the nurturing quality of the natural world. He leaves the community to enter an American landscape that is beneficent and beautiful.

— William Krier ’65 is a Notre Dame associate professor of English.

My parents and grandparents — no way to overestimate my respect for them due to their many virtues, not least of them faith.

Anna Akhmatova — the Russian poet’s manner of relating penetrating, observed detail and social criticism, as well as her courage under Stalinist rule, have moved me.

Dorothy Day — I admire the Catholic Worker co-founder’s courage and faithfulness, along with her stubbornness and writerly style.

W.E.B. DuBois — The writer and civil rights activist interrogated his experience for insights personal and collective, analyzing his present with rare prescience that continues to speak to today.

Rev. John S. Dunne, CSC, ’51 — I appreciate the Notre Dame professor’s dogged regularity, his honesty and his simplicity. And, of course, I live on his insights, which were the fruit of deep attentiveness to God and his own experiences. 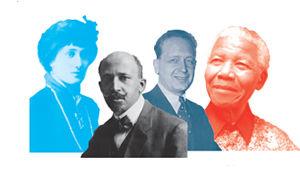 Rena Gazaway — I met the professor and public health practioner once and was amazed at her passion for Appalachian people and by her self-possession.

Dag Hammarskjöld — I appreciate his internal reflectiveness amid a remarkable public life as a Swedish public servant and U.N. Secretary-General.

Franz Jägerstätter — martyred by the Third Reich for refusing to fight in what he saw as an unjust war, he showed amazing courage and faithfulness.

Nelson Mandela — The South African’s remarkable poise and composure before hatred, his passionate commitment, and his willingness to forego the pursuit of just recompense are a testimony to human capacities for self-transcendence.

Julius Nyerere — The first president of Tanzania, his cause for beatification in the Catholic Church has begun. The integrity and faithfulness of this servant of God have borne great fruit for Tanzania.

Archbishop Oscar Romero — Shot while celebrating the Eucharist for his denunciations of injustice and his hope-giving message to his fellow El Salvadorans. I admire his openness to change, his courage and his passion.

Sister Dorothy Stang, SND — Killed by those who resisted her call to protect the Amazon region from deforestation, she showed a surplus of moral courage.

— Paul Kollman, CSC, ’84, ’90M.Div. is an associate professor of theology and the director of the Center for Social Concerns at Notre Dame.