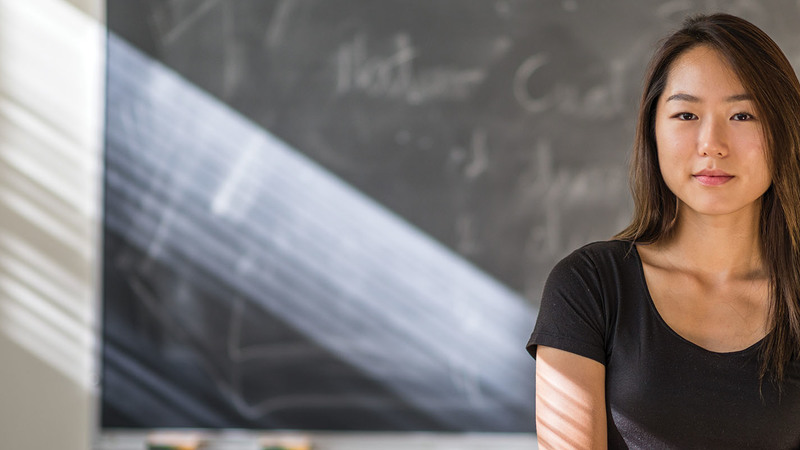 I used to love airports. They made me feel like I could go anywhere if I wanted.

Now, waiting in line for the security check at O’Hare, going home to Seoul briefly before leaving for a 10-week service trip in Sri Lanka, I wasn’t sure if I still felt that way. My junior year at Notre Dame was over, and I was feeling both the relief and anxiety of freedom at once, while my mind lingered on the meeting I’d recently had with a therapist.

In the waiting room at the University Counseling Center, a girl sitting in front of me was weeping silently. To be exact, not so silently, because she occasionally blew her nose — but quietly enough to be overlooked. After all the other students — the room was packed as the day was approaching finals week — were picked up by their counselors, leaving only the two of us, I felt an urge to give her a hug but somehow couldn't. Maybe it was my fear of rejection or embarrassment or the possible shame she might have felt that stopped me from standing up.

In the midst of my indecision, someone walked in and called my name, inoffensively mispronouncing it as everyone else does the first time. I left the waiting room, feeling even worse than when I had made my appointment but soon brushing it off as my therapist introduced himself. After all, I didn't even know the crying student.

But less than 10 minutes into the session, I was crying equally helplessly in my chair when my therapist kindly said, “Your self-esteem could get some help.”

He smiled. “Have you ever heard of self-compassion?”

For me, my mild but long-lasting depression seemed to be something I could handle, something I _should_ be able to juggle along with other items on my agenda — ranging from adjusting to a new life abroad to academic success and career development, although I still had little idea what I wanted to fully devote myself to. As I kept facing limitations as an international student, I pushed myself even harder to overcome language barriers and a sense of alienation that came inevitably from differences in culture and upbringing.

Of course, I was grateful to have all these valuable opportunities at Notre Dame. But when my slow reading speed kept me up all night for too many nights or when my romantic relationship foundered — when my mind and body were not in a healthy condition — bouts of depression would return and I’d feel like I failed again. Not being honestly happy in a life as privileged as mine seemed like proof of some kind of malfunction, almost a sin to admit. During those times I would ask myself: Why, for all my efforts, am I still crying five times a day for no apparent reason?

It was then, after one of the worst times of sadness had passed without any of my friends noticing, that my therapist told me about self-compassion. He said I needed self-esteem that was not based on anyone else’s confirmation, that I wasn’t the sum of my achievements. And with those words, I felt something that had been nudging me from the inside for a long time begin to thaw. I also wondered why it had taken me so long to seek help.

Now boarding the plane, I pondered how I came to the unstable state I was in, and I slowly began to understand the meaning of self-compassion.

Perhaps the biggest reason I couldn’t stop pushing myself was uncertainty. As my air mileage accumulated, uncertainties about my place in the future also grew. I wanted to create my own life, but I also felt isolated whether I was home or away. Add to that the tacit pressure to make something big out of the college experience my parents have paid a big sum of money for. Add to that the inherent anxiety that comes from living in this highly competitive society, where stopping for a breath means you don’t have what it takes and you won’t get that title.

Soon after meeting with my therapist I found out about Kristin Neff, an associate professor in Human Development and Culture at the University of Texas, who is known as a “self-compassion evangelist.” According to her definition, self-compassion is self-kindness rather than self-judgment, common humanity rather than isolation and mindfulness rather than over-identification with negative emotions. She urges us to accept our humanness rather than become frustrated over our mistakes and failures.

In that sense, I was totally lacking self-compassion. Constantly comparing myself to other high-achievers, I judged myself when my papers were marked with “awkward phrases.” I isolated myself more from dance club practices when I most needed my friends’ help. I let myself drown in self-doubt. Trust me, I never intended to do those things to myself. Then why couldn’t I stop doing so?

Just a few days before meeting my therapist, I had finally talked with one of my psychology professors about my ongoing mental and emotional struggles. (He seemed surprised that I had never reached out for professional help until now.) I explained to him that whenever negative thoughts pushed their way back into my mind, I’d try to practice cognitive behavioral therapy by analyzing my thought patterns and revising overly irrational beliefs such as, “It’s a shame that I’m falling behind on fundraising compared to my friend.” It’s basically mind control. But I would succeed less than half of the time.

“It’s hard to change your cognition,” the professor replied. “It’s changing your own language that you’ve been speaking for your entire life, and then believing it.”

As my professor said, changing the way you see the world is hard. Practicing self-compassion is hard, especially in this society that incessantly tells us to work harder. We’re not used to taking a break, afraid of seeming unambitious or of missing out on a goal we think we should attain. In an environment so full of hope and opportunities like Notre Dame, it’s hard to say "I've tried enough." This society pushes us to try more, telling us that our generation can have everything and it's only our lack of ambition that prevents us from succeeding in life. But rushing hectically between classes, internships and job interviews, we oftentimes forget what it's like to be human.

The good news is that it is possible to learn self-compassion — with practice. Just like I flew to the States without knowing anything about what I’d see, it may require a blind leap of faith. Just like I learned English as my second language and adapted to a new way of life, self-compassion was another language to learn. We are adaptive animals, as evidenced by our neural plasticity. With repetition, our neural pathways will change courses and trim less used parts. With willful practice, self-compassion will only get easier.

Soon after I boarded the plane the flight attendant went over the safety information. I used to think it strange that we put oxygen masks on ourselves first and then on others who are in need, but this time it came to me afresh. We forget that we need to breathe from time to time. We forget to help ourselves, and we may even feel guilty for doing so. But sometimes we can truly help others only after we help ourselves first.

Finding our place in the future might seem puzzling, full of uncertainties about which flight to take next. But if you remember the idea of self-compassion, you may perhaps find the peace that our neighbors wish for us at Mass. It means forgiving rather than blaming ourselves when things don’t go as planned. It means patting ourselves on the back for our incessant struggle while also recognizing our pure value that has little to do with our achievements. We are not our resumes. We are human, and that becomes a sufficient reason to be kind to ourselves.

I may never find out what the girl I saw in the waiting room was going through. But all I know is that she was me, that she was anyone and everyone.

Jihyun Park, a senior at Notre Dame majoring in psychology, has a special interest in creative writing.