In this year’s midterm elections, the American electorate voted in 435 members of the House of Representatives, 33 Senators and 36 governors across all 50 states. Notre Dame students come to campus from every state in the union, and nearly all are of voting age. How do you get them to vote in all those disparate races?

Rosie McDowell ’93 has a few ideas.

McDowell wears many hats on staff at the Center for Social Concerns (including as director of international community-based learning outreach and chair of justice education), and in recent years she’s added another: adviser of ND Votes. 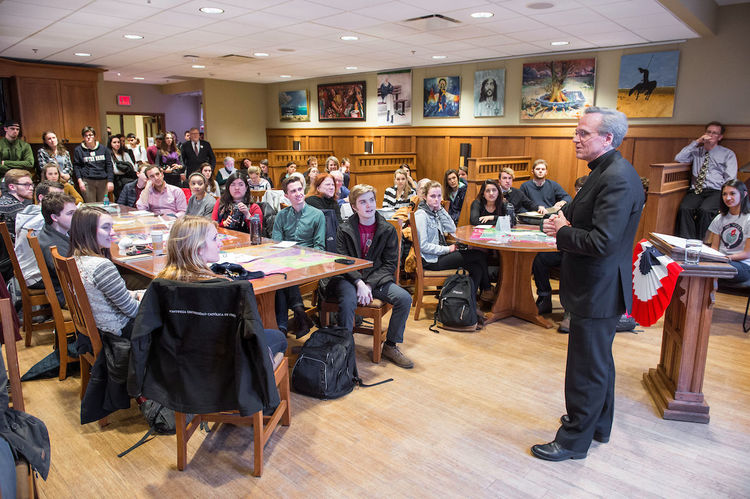 The voter advocacy group first appeared on campus during the 2004 and 2008 election cycles, but it had lain dormant until the 2016 campaign, when a group of freshmen approached the center and asked for help registering students to vote.

“It was originally conceived as a three-semester initiative that would get us through the 2016 election,” McDowell says, and efforts were to take three forms: voter education, voter registration and voter mobilization. “But it was so well received, and so impactful-seeming to the students, that. . .we realized we weren’t going to shut it down. We needed to continue the conversation.”

The conversation kicked into high gear during the 2018 election cycle, when efforts to get out the vote seemed particularly prominent — and particularly partisan.

“That’s curious, isn’t it?” McDowell asks. “That that becomes a partisan issue. And students are concerned about that.”

On many college campuses, accusations that voter registration drives are disproportionately left-leaning would have been of little import — after all, most college campuses are disproportionately left-leaning, too. But Notre Dame’s politically diverse student body meant that a nonpartisan approach was crucial — and, conveniently, nonpartisan nicely fits the Center for Social Concerns’ approach.

McDowell points to Forming Consciences for Faithful Citizenship, an educational document from the United States Conference of Catholic Bishops, as a model for voter advocacy from the Catholic perspective.

“The teaching is clear,” she says. “Because of Catholic social teaching, we know that everyone has human dignity. We know that it is our right and our responsibility to uphold that dignity for ourselves and for others and to work for the common good.”

According to Forming Consciences, Catholics may abstain from voting if they feel strongly that neither candidate aligns with their beliefs, but they may not abstain from political engagement altogether.

“We have to, as a moral responsibility, be engaged politically,” McDowell says. “And that means getting out and being engaged in the community, in active advocacy for the common good — on all levels. So that, I think, helps us zoom out from the partisan, political side-taking.” 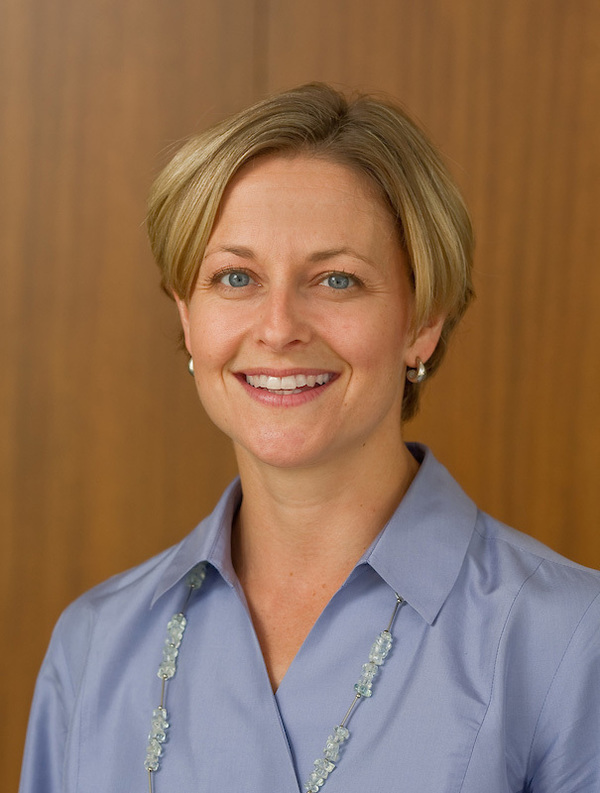 Also helpful in zooming out is McDowell’s unique role bridging the national and the international. When she’s not advising ND Votes, the former co-director of Notre Dame’s Angers, France, program works primarily in international community-based learning, or CBL. In that role, she remotely oversees community service courses for a number of Notre Dame’s study abroad programs, from Santiago to Rome.

I reported to the CBL office a few years ago when I worked in Dublin, so the globe-trotting context is where I know Rosie best. So I asked her: Isn’t it weird that you have this super-domestic role with ND Votes and a super-international one through CBL?

“It’s interesting!” she says. “I think what it allows me to see and to enact is that Catholic social teaching doesn’t know boundaries. Right? It is global. And so I can bring that perspective to my work here on campus, and then also bring the sort of local eye to the work in Dublin or London or Rome or these other places — that it’s really important to be engaged wherever we are and to enact our responsibility.”

“And,” she adds, “all issues are global now. There’s nothing that is isolated. Because of the globalized economy, because of the way the climate works — what we see locally are manifestations here of the same issues that other communities are dealing with in other places. And for political purposes, of course, we see nationalism rising not only here but in Latin America, and in Europe. For our students to engage all of these issues here provides them formation and leadership development for when they are working beyond campus.”

Toward the end of our conversation, McDowell admits something to me:

ND Votes landed on her desk largely through her role in justice education, which deals with all of the center’s non-credit-bearing programming related to social justice, and she says that, though she’s always been personally politically engaged, she may not have sought out the group on her own. But McDowell, who herself worked extensively in the Center for Social Concerns as a student, is proud of what her student coordinators have helped to accomplish — like registering 2,000 undergrads to vote, and attracting collaboration from student groups of all political stripes, from College Democrats and College Republicans to BridgeND.

“What I love about this is working with student leaders,” she says. “Because their energy, and the nonpartisan nature of this work, is really important to me. It’s helping them grow as leaders, it’s helping them understand politics…and along the way, I’ve become more passionate about this.”

She points to the coffee mug she has set on the table between us, printed with red, white and blue ND Votes insignia.

“So that’s the gift in this for me — the energy the students bring, and the ability to do this alongside them,” she says. “They’re co-creating the agenda. It’s not my agenda at all. And to be able to support that — that’s a real joy.”