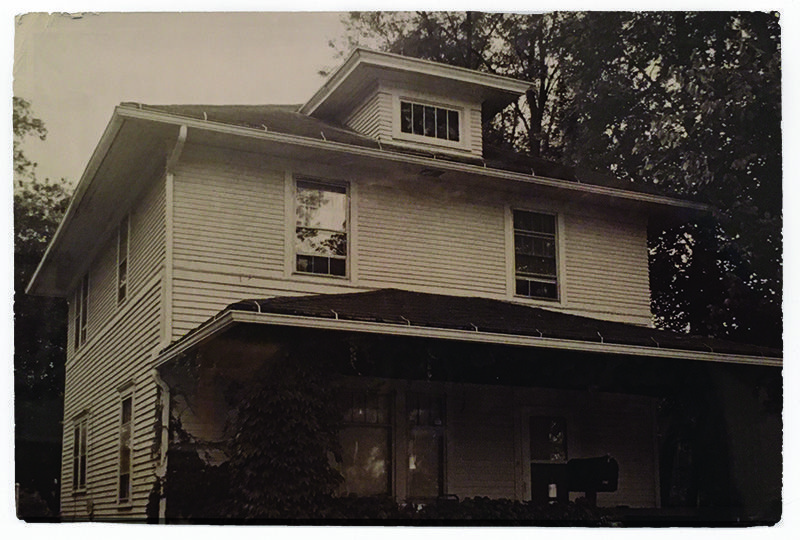 On Notre Dame Avenue, just south of Corby Boulevard, stands a house I like to drive by whenever I’m in town. It’s a big box of a building, two stories with a massive brick porch to lounge on and an attic window peeking over the front like a cowlick. If I’m being honest, it’s a bit dumpy, but I’m always glad to see it, because it was mine.

I should say it was “mine,” as this house is a college-town rental. I shared it with five other guys, and that arrangement has seemingly continued to the present day, with the bathrooms likely not much cleaner than how we left them. But the house was mine, just as it has belonged to all of these other people. Sharing the first home you’ve chosen with a few of your best friends invokes a kind of ownership that can’t be found on any title.

Notre Dame recently shifted its attitude toward off-campus living, with incoming students now required to spend three years in the residence halls. Community is the key rationale offered for the change. I would guess safety is a factor as well, and with housing costs at more than $13,000 a year, it can’t be too bad for revenue either.

But while the dorms offer a welcome proximity — to people, to classes, to events on campus — they don’t offer you the opportunity to be on your own as you step into adulthood. For that, few experiences beat sharing a run-down old house with a few friends, all of you trying to keep the water heater lit and making memories that endure, like these.

Kevin Wilson ’02: I was the first one to arrive and got to choose my room. I brought a couch from home that I picked up from my street — someone was going to throw it away.

James Seidler: One of our roommates decided the centerpiece of his bedroom would be a massive waterbed. Unfortunately, it leaked.

Wilson: We all had to push this half-filled waterbed bladder UP the basement stairs.

Laura (Gunderson) DeVirgilio ’02: In hindsight, the 1980s-style waterbed was ludicrous, but to a 20-year-old, it was obviously a ticket to the ladies.

[The owner of the waterbed did not respond when asked for comment.]

Andrew Dombrowski ’02: Our gas-powered water heater would occasionally go out. If you were the first one up, there would be enough residual heat to take a shower and then be off to class — if you showered quickly. You’d leave knowing your roommates had to deal with progressively colder showers. No one wanted to venture all the way to the basement to light the pilot.

DeVirgilio: It always amazed me that six guys shared one shower.

Dombrowski: Did you know that a bathroom shower that was shared by six college-aged men will clog?

Wilson: The bathroom door wouldn’t quite shut. I spent a lot of time cleaning the bathroom before my girlfriend [now wife] paid us a visit.

Seidler: Some strange part of Kevin’s cleaning regimen had him put on goggles and enter the running shower with a screwdriver.

Dombrowski: Cooking for ourselves was a culinary adventure. Some ate the same dinner every day. Others dabbled with vegetarianism. Lots of George Foreman grilling. And did you know that Hamburger Helper without the hamburger is disgusting and delicious at the same time?

Wilson: When we got pizza from Bruno’s, we could leave it out, and people would eat it for days.

DeVirgilio: It was the place to get a homemade birthday cake.

Wilson: One time we tried to siphon gas out of a roommate’s car to get fuel for our grill.

Seidler: The kitchen was a war zone. We didn’t have a dishwasher, just an old dual sink that was perpetually full of half-rinsed pans and greasy George Foreman Grill basins.

DeVirgilio: The most memorable aspect to the house was the front porch. It was like a “welcome” sign to your house    . . . a house full of pals waiting inside.

Wilson: We had the best quarters table in town.

Seidler: One night we had a big party. One of our roommates in the basement had too much to drink and locked himself out of his room. He ended up kicking the door in to go to sleep!

Wilson: Of course, our landlord came over the next day, while the house was still completely trashed from the night before. He asked if we had a “door kicking-in party.”

Seidler: I met my wife at a party there — I caught her stealing drinks from our fridge, which we’d sealed off with caution tape. We have a photo of the night we met, dancing in our living room. That’s what my last “season” in the house was — falling in love.

DeVirgilio: The music blaring from down the block was the signal that it was going to be a good, fun night.

Seidler: After graduation, the roommates left one by one until there were just two of us left. We put it off for as long as possible, but we finally burst into tears in the driveway, hugging and saying goodbye.

Much like the house we shared, such memories aren’t unique to our little group. Generations of Notre Dame students have left the communities their residence halls provided them to build communities of their own filled with independence, friendship and maybe even a few broken doors. The on-campus experience will always have its place: I’m glad Siegfried Hall was there to welcome and guide me. But when I think back to where I felt most at home, I picture a run-down house and a sink full of dishes.

James Seidler is a writer living in Munster, Indiana.