New dorms, road trips, short courses, whatever — the lesson is the same: Always look on the bright side of life.

371. This was the last cartoon before the break. The new women’s dorm was going to open midyear. The story is told that the family did not want their name on the building until they were reminded it would be the first Italian name on a Notre Dame dorm. 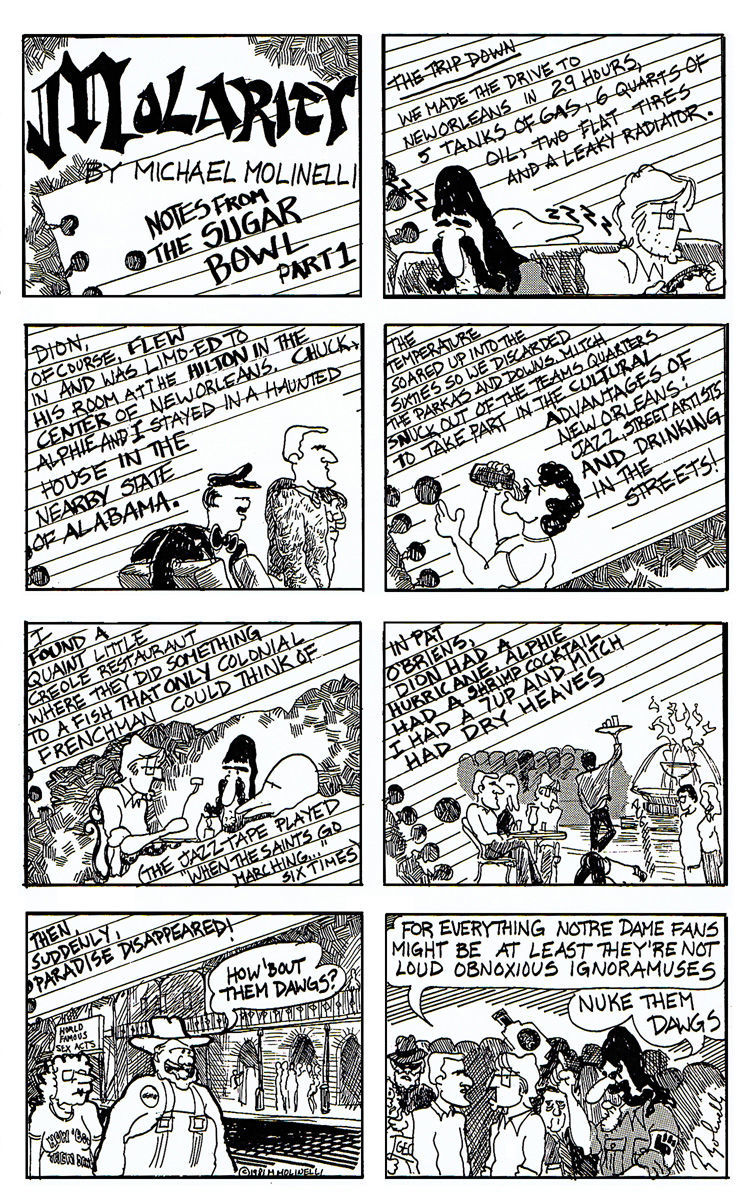 372. So it was nice that after going to the Sugar Bowl, I could come back and ask for double the space in the first two papers after the break and get it. I had an epiphany about Notre Dame boosterism after I saw a large grown man in red bib overalls get down on all fours on Bourbon Street and bark like a dog. 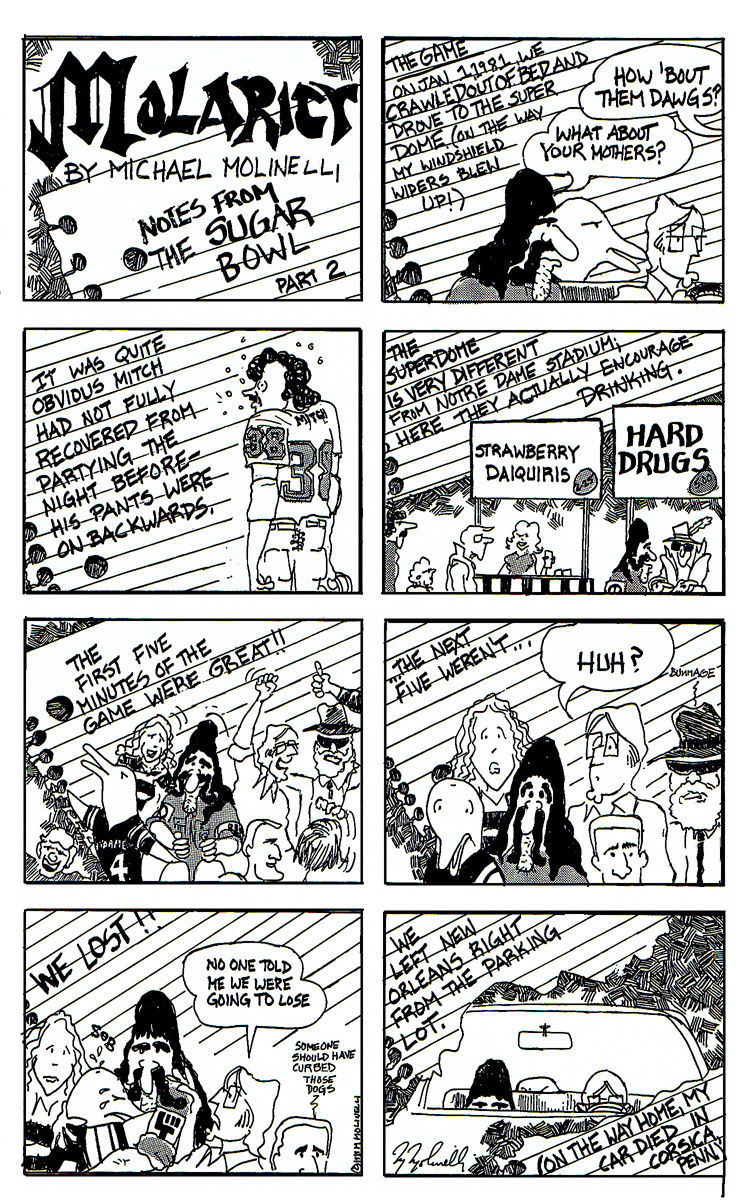 373. My Christmas break started with a pool of us Domers driving my 1972 Chevy Impala from Notre Dame to New York overnight in the snow. Because of the weather conditions, the Domer driving slammed my car into a car stuck in the right lane. No one was hurt but my car needed a new radiator. We spent the day in Corsica, Pennsylvania, waiting for it to get repaired. Then I drove down from New York to New Orleans in the same car with a couple of Domers in an ice storm. I had to wire the driver’s windshield wiper to the passenger’s wiper with a coat hanger to get it to work. The Sugar Bowl was a debacle, thanks to Hershel Walker. Then, we drove up to Kansas for my roommate’s wedding, over to Chicago to pick up a friend and back to New York. On the trip back to Notre Dame, the car blew its compression, cracked its block and died . . . in Corsica, Pennsylvania.

374. Free University courses were a catalog of classes given by students based on their interests. These included things like Asian Cooking and Dungeons & Dragons.

375. On January 20, 1981, the day Ronald Reagan was inaugurated, The Observer featured a picture of the president in his role as George Gipp.