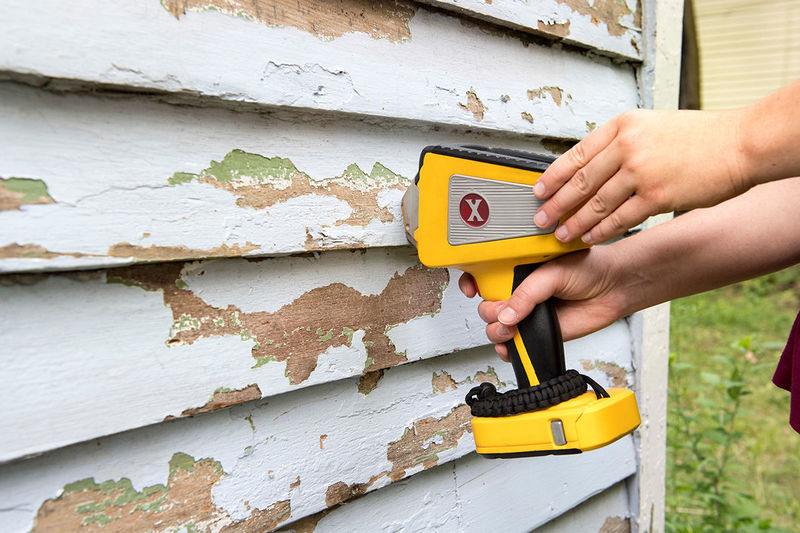 In 2014 Flint, Michigan, switched the city’s drinking water supply from Detroit’s system to the Flint River, a cost-saving measure that resulted in a doubling of the number of children in the city who were poisoned by lead.

Three years later, in one census tract on South Bend’s near northwest side, it was found that more than 30 percent of children tested between 2005 and 2015 showed elevated levels of lead in their blood, a discovery that took many by surprise. Professor Marya Lieberman, an analytical chemist at Notre Dame, heard the news report during her drive into work one morning.

St. Joseph County officials had determined that the problem here was caused not by water, but by lead paint. Lieberman immediately decided to do something about it.

“There are very well-defined, simple tests that people do to detect lead,” she says. “Why aren’t those tests being applied to people’s homes? Why are we waiting until children are showing up with elevated levels of lead in their blood?

“It’s like the kids are canaries in the coal mine, and it’s wrong.”

Lieberman took up the issue with her faculty colleagues and formed a group to develop a lead test kit for homeowners. The sleek black boxes contain small zipper bags, spoons and wipes. Residents easily collect samples of dust, paint chips and soil from their homes and yards, then send them back to Notre Dame to be analyzed for the presence of lead.

“It’s so important for parents to identify lead hazards before their child becomes lead poisoned,” says Professor Heidi Beidinger-Burnett, director of the graduate program at Notre Dame’s Eck Institute for Global Health. Elevated levels of lead in a child’s blood may cause cognitive delays and lower IQs along with myriad behavioral issues. “The old way was just to test as kids went to the doctor,” she says, “but that was a willy-nilly approach and is so completely backwards.”

Beidinger-Burnett, who also serves as president of the St. Joseph County Board of Health, says the program had processed more than 450 tests in three years through January 2019. She helped write a policy for the South Bend Community School Corporation that now requires all incoming kindergarten students to undergo lead screening. It is only the second such policy in Indiana.

Though some worry that children may already be poisoned before age 5, Beidinger-Burnett notes that the testing has a potential trickle-down benefit for younger siblings at home.

This summer she has hired two medical school students to work for Eck researching mitigation strategies for homeowners. Their work will include reviewing health department websites and research literature to identify best practices for remediation.

The team plans to ramp up its testing after the social distancing rules for COVID-19 are lifted and researchers return to their laboratories.

“We’re looking forward to getting back into the community,” she says. “And after we give people their lead-test results, and after our evidence-based research this summer, we hope to be able to tell them what to do next to minimize lead exposure.”

Deanna Csomo McCool is assistant director for marketing communications in the College of Science.