Ask architecture professors, and the consensus may surprise you: South Dining Hall, the tone-setting collegiate gothic masterwork of Ralph Adams Cram, and the stately, neoclassical Bond Hall, erected 101 years ago to house the University’s first freestanding library. The Department of Architecture moved into the latter during the 1960s. 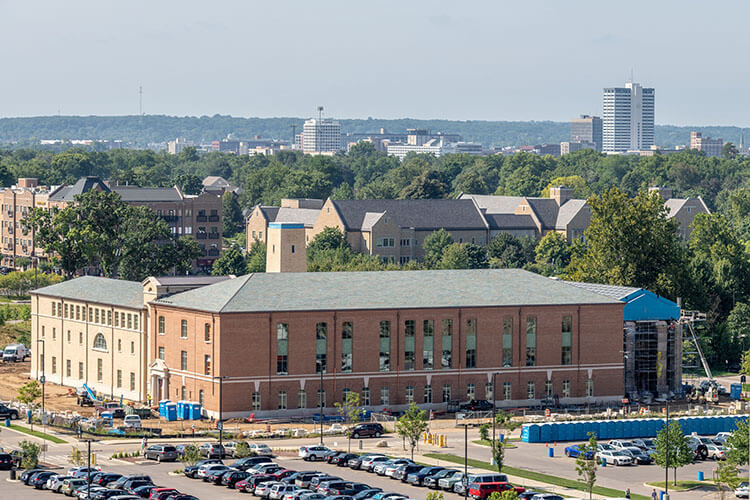 Bond is beloved, and beautiful. Just by looking at it you’re absorbing Alberti’s Ten Books on Architecture — whether you’ve heard of Alberti or not. It offers some of campus’ best views of Sacred Heart and the Main Building, of the geese and restful waters of Saint Mary’s Lake. So, why would the School of Architecture ever want to leave?

Start with location, location, location. Aesthetics aside, Bond Quad “is out of sight of the rest of the campus and academic life. It’s a nice little residential quarter, if you will,” says Michael Lykoudis, the school’s Francis and Kathleen Rooney Dean. “We try to talk loudly so people hear us.”

Come January, the faculty will be able to use their inside voices when they move into the new Walsh Family Hall and trade in their country home for the rapidly urbanizing surrounds of Angela Boulevard and Eddy Street Commons, their bucolic back slope for the asphalt of stadium parking lots, their bedroom community for a front door minutes away from peers in music, film and theater, in business, engineering and global affairs.

As important to Lykoudis as the proximities that will better foster academic collaborations will be the improved access for off-campus visitors.

“We need to be closer to the city that nurtures us — and that we have made a contribution to,” he says, reminiscing for instance about the 85-year envisioning plan he and his students drew up for South Bend in 1995 with then-Mayor Joe Kernan ’68 — a plan he says informs the city’s economic and cultural renaissance today. It’s been a hard conversation to maintain. “It seems like I never heard the end of, ‘You know, I tried to come to your lecture, but they turned me around at the East Gate.” 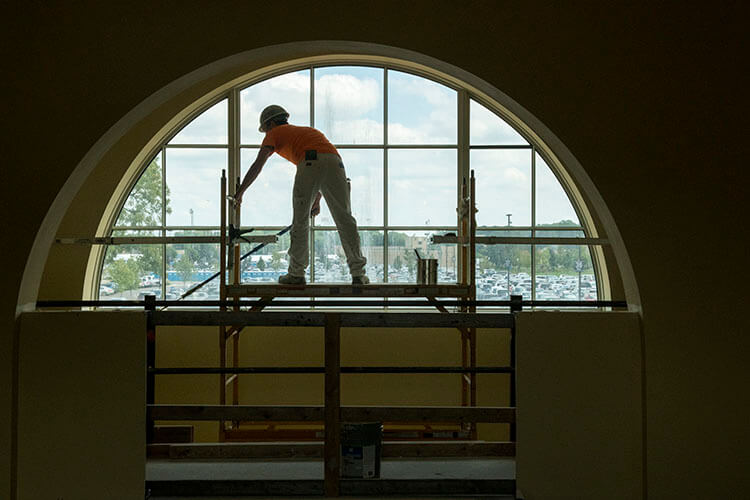 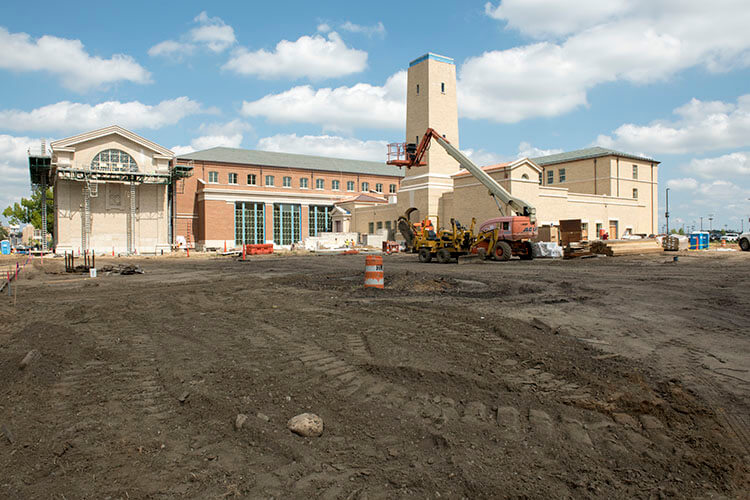 Still very much under construction as the 2018-19 academic year began, Walsh Family Hall — named for principal donors Matthew ’68 and Joyce Walsh of Burr Ridge, Illinois — will offer forward-thinking lessons for future architecture students, even as the school doubles down on its commitment to the classical curriculum. Designed by the eminent English architect John Simpson, an exemplar of the New Classical movement whose built work includes celebrated enhancements at Kensington Palace, Eton College and the universities of Oxford and Cambridge, the new home of Notre Dame architecture will be several buildings in one, a 100,000 square-foot evocation, both symbolic and practical, of the forums that shaped the civic, commercial and religious life of ancient Rome.

It will evoke other things, too, blending the yellow and red hues of the campus’ existing brick facades even as it introduces new ideas. “Somebody once asked me, ‘Is classicism singular or plural?” Lykoudis says. “It’s both.” The columns of Chinese temples “have the same proportional system as Greco-Roman columns,” he says, adding that the building will feel distinctly Midwestern at the same time. “There’s something innately human, something innately of this planet that shapes how we think about our buildings, and that gets reflected, irrespective of culture, irrespective of time, in traditional cultures.”

Walsh Family’s “temple” will house its Hall of Casts, an old-school feature of architecture education that enabled students to study classical forms without the expense of a European tour. The stoa, an interior colonnade, is a corridor where students will feel comfortable pausing to chat between classes. A campanile shelters elevator access to a geothermal plant two stories below ground, while symbolizing above ground the unity of knowledge, “a central theme,” Lykoudis notes, “of the University’s approach to education and culture.”

More practical may be expansions of the library; of tech-friendly classrooms; of labs that will support everything from 3-D documentation to Professor Alan DeFrees’ demonstrations of historical woodworking tools; of open, integrated studios where advanced students and beginners can interact — a lost feature of Arkie life that DeFrees ’74 remembers fondly from his own undergraduate days. Unlike Bond, he says, nothing in Walsh Family will prevent “a sophomore walking over and looking to see what a fourth-year student’s doing.” 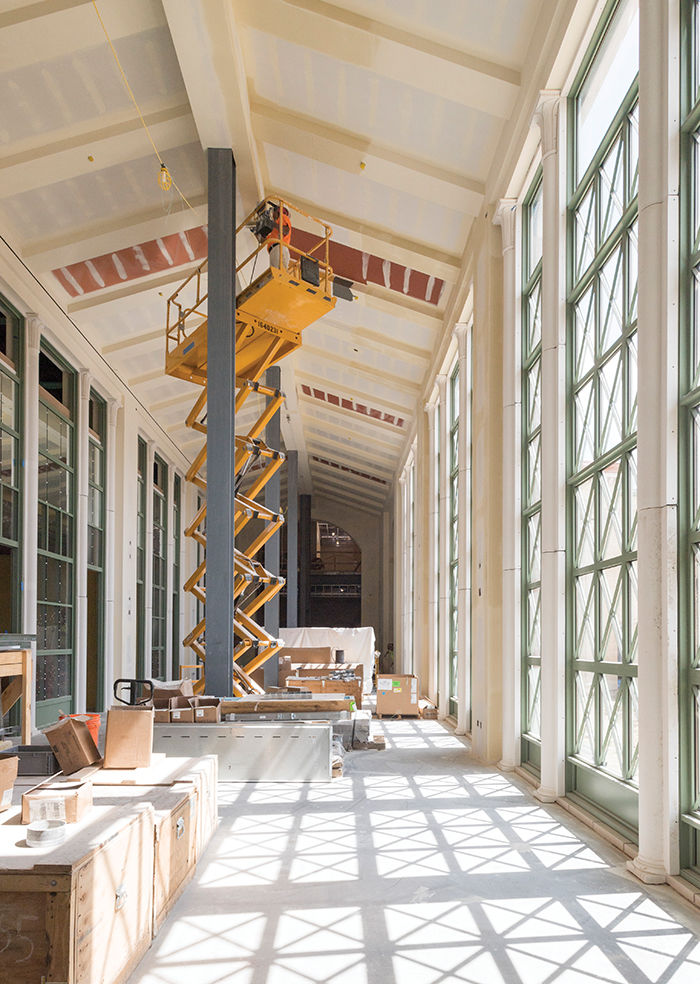 “I love Bond Hall, so I’m happy to be in the last class to graduate from it,” Elizabeth Connaughton ’18M.Arch, ’18MADU said during a tour of the half-completed building last spring. “But I’m excited to see this finished.”