Rembrandt Harmenszoon van Rijn died in Amsterdam on October 4, 1669, at age 63. This year, in honor of the 350th anniversary of his death, museums are celebrating the artist around the world — in London, Chicago and Abu Dhabi to name a few cities, and, of course, in Amsterdam. A massive exhibit at the Rijksmuseum is a mere 10-minute bicycle ride from the church where the Dutch master’s body lies buried.

Notre Dame will not host a major showing of Rembrandt’s work, but the Snite Museum of Art holds an impressive collection: some 70 of his religious prints on vellum and paper, donated to the Snite in 1991 by art collectors Jack and Alfrieda Feddersen of Elkhart, Indiana.

Cheryl Snay, the Snite’s curator of European art, and Charles Rosenberg, professor emeritus of art history, led me on a private tour of the prints: 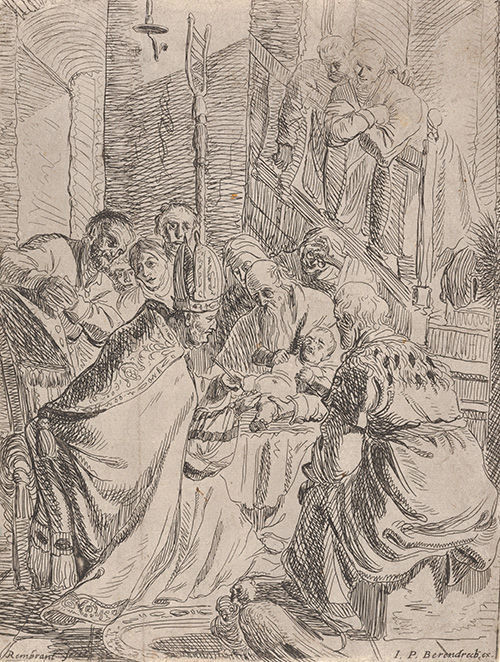 The earliest print in the Snite’s collection, this depiction of Jesus’ circumcision offers a sense of “where [Rembrandt] starts,” Rosenberg says. “And you can see there’s none of the really extraordinary chiaroscuro effect.” The two men overlooking the circumcision and casually draping their arms over the bannister point to Rembrandt’s investment in rigorously realistic, human details. 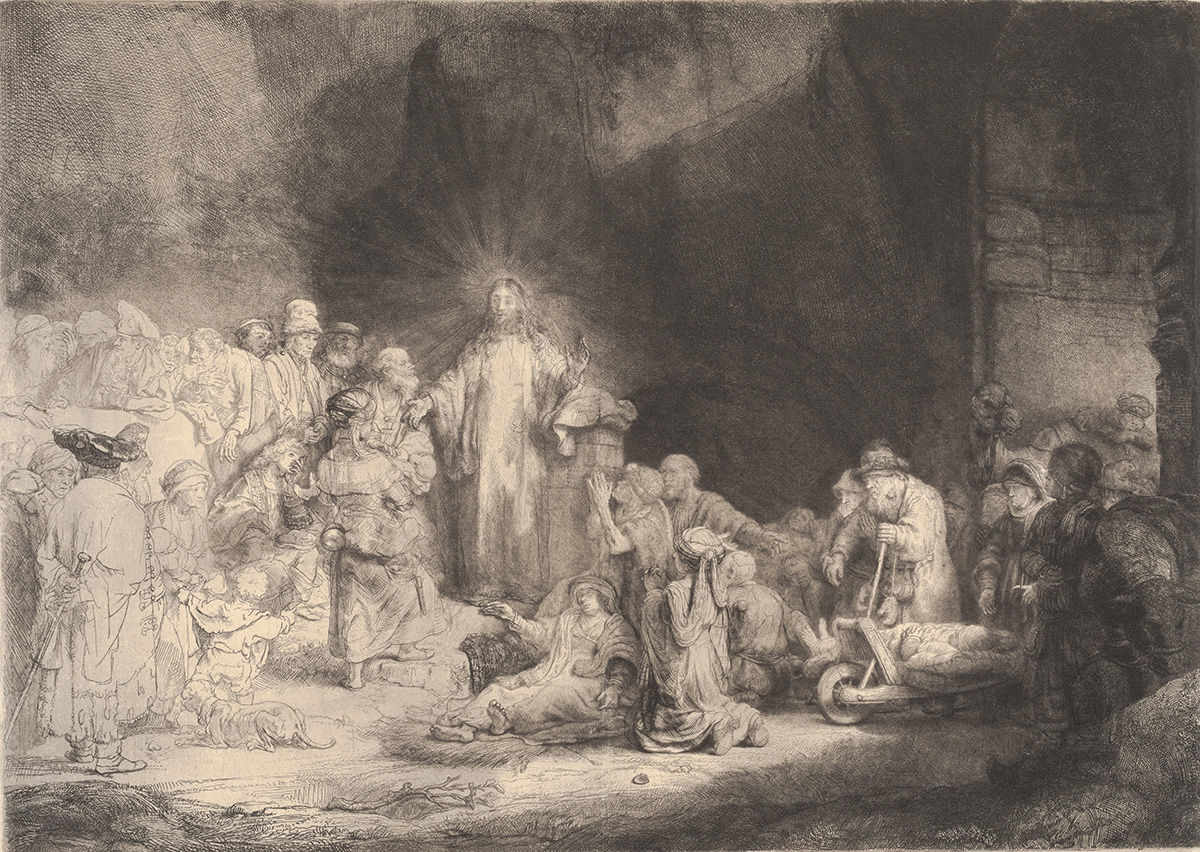 So called because it might have sold for that amount (roughly $22,000 today), the print likely drew such a conspicuously large sum in its time because of its complex subject matter, which fuses many elements of Matthew 19 into one composition. Underneath the arch, a barely visible camel walks along a crowded street — a reference to Jesus’ oft-quoted assertion that “it is easier for a camel to go through the eye of a needle than for one who is rich to enter the kingdom of God.” Rembrandt divides the crowd by social status, with wealthy individuals on the left and the poor, lame, sick and blind on the right, clustered around Jesus and praying for healing. Adding contrast and shadow to the poorest figures, Rembrandt gives them a three-dimensional presence — an indication of his sympathy for people at society’s margins. 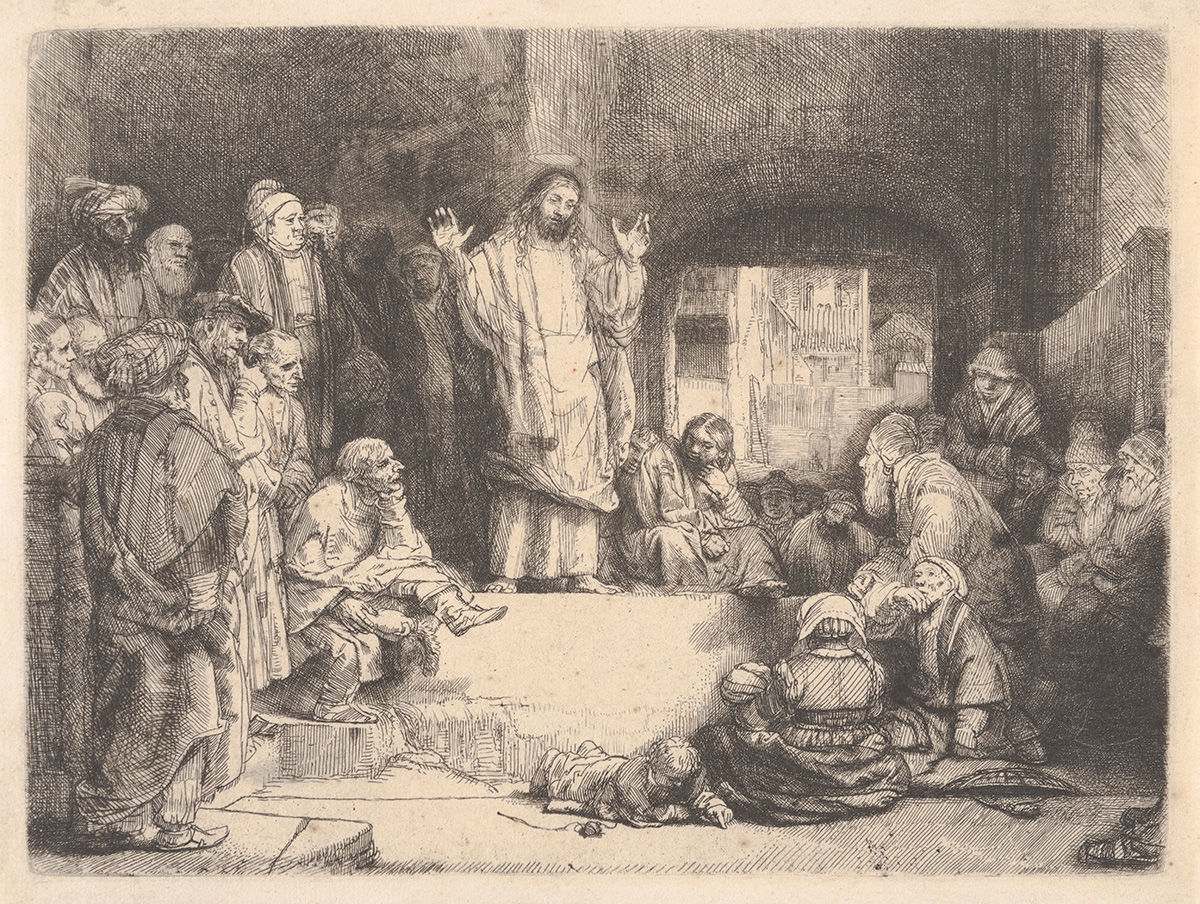 Rembrandt depicts Jesus’ audience in varying states of interest — a man sitting at his feet looks raptly upward, while a woman on his left gazes off in another direction, looking slightly bored. A boy lies on his stomach while drawing in the sand with his finger, wholly absorbed in his own world. “It becomes incumbent on you, in essence, to supply the narrative,” Rosenberg says. “And that’s what’s so wonderful about these prints, is that they’re meant to be contemplated.”