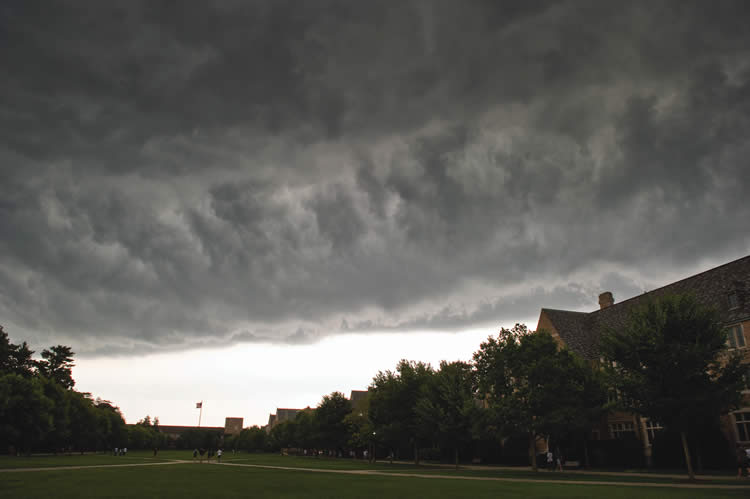 Dramatic shots of the skies above South Bend called attention to campus at least twice last year. University photographer Matt Cashore ’94 captured the threatening gray blanket (above) as it rolled its way over South Quad on July 22, tweeted the photo as a campus scene of momentary interest and went about his business. But when Notre Dame web designer and Twitter superuser Timothy O’Connor ’02, known as oaknd1, re-tweeted the image that same day, it instantly thundered to the top of the “most viewed” list at photos.nd.edu. As it turned out, that summer storm cloud offered but a mild preview of the drama that rained down upon Notre Dame Stadium (below), causing a full evacuation and two game delays, during the September 3 home football opener against South Florida. University officials said there were 335 confirmed lightning strikes within a 10-mile radius of the stadium that afternoon, each one carrying about 200 times enough electricity to kill a person. 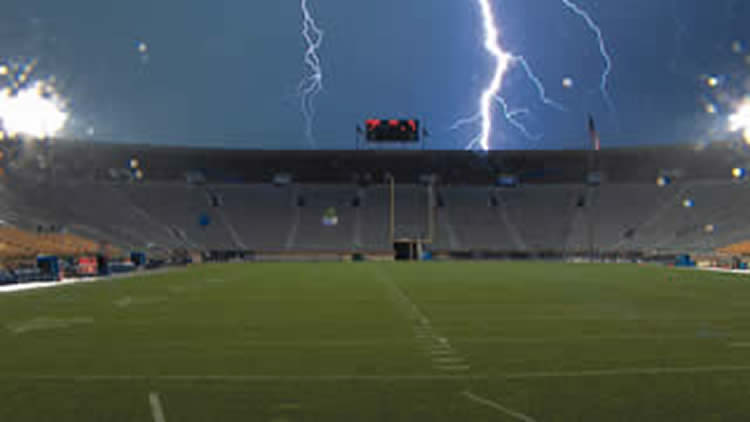