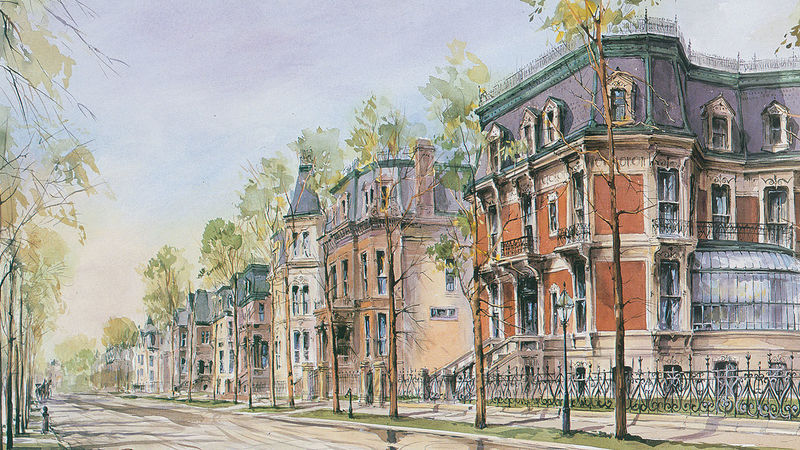 The Artist and the Wheels of Time Autumn 2016 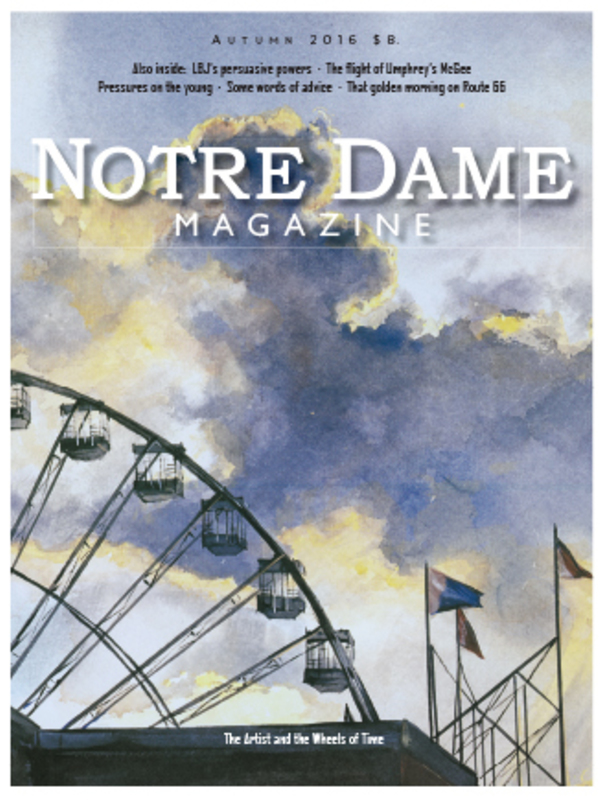 Whether art, artifact or architecture, Jack Simmerling ’57 spent his life creating and capturing the beauty he saw around him.

LBJ knew that getting the Civil Rights Act passed would cost the Democratic Party for decades to come, but — according to Father Hesburgh — he resorted to strong-arm tactics anyway.

What’s Best for Them

The pursuit of excellence starts early and drives many young people toward the nation’s elite colleges and universities. But success has its costs, and victims.

Students who are overbooked and overburdened should make time to care for themselves.

Traveling along Route 66, at a motel breakfast bar in Holbrook, Arizona, a lovely act of generosity begs us to look at life the way we look at art.

The priest was talking to seminarians, but his advice is good for everyone.

At a house on St. Peter, back in ’98, two Notre Dame students promised to play music together for the rest of their lives. This past July almost 18,000 raucous, cheering, dancing fans celebrated the pact as ND-infused Umphrey’s McGee jammed two Rocky Mountain nights.

The puzzle of parental approval

The solace of flowing water