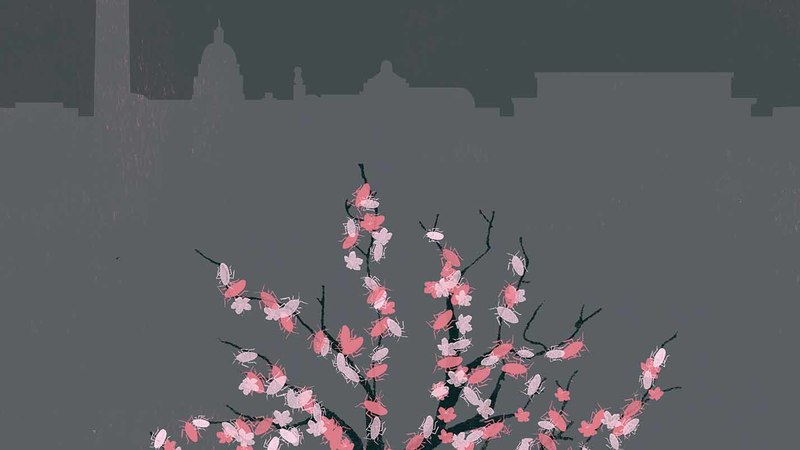 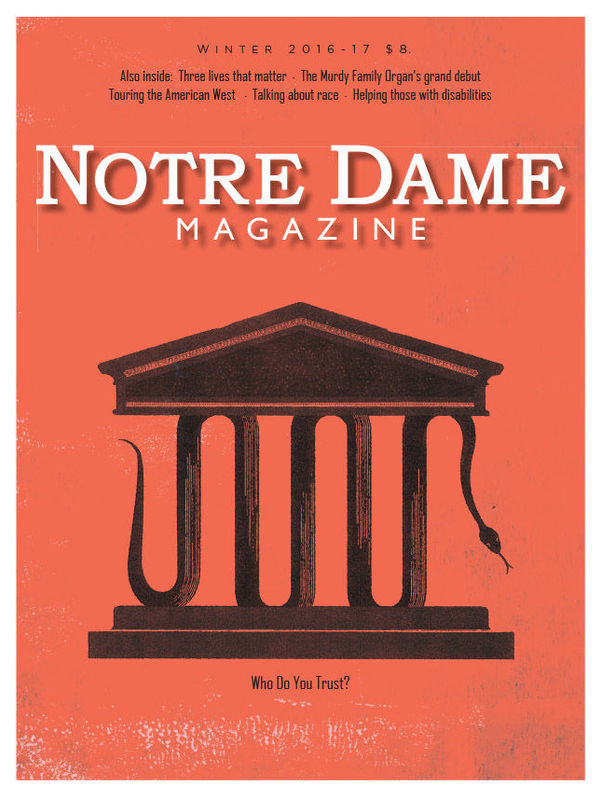 As credibility fades from American discourse, a sinister plague of untruth threatens our country’s health and well-being.

After witnessing decades of apparent progress toward a more racially unified nation, an African American is coming to believe the schism is deeper than he had imagined.

It’s a rite of passage for many African-American children — parental warnings on how to handle threatening encounters.

To mark the 100th anniversary of the national parks system, the O’Shaughnessys rented an RV and embarked on a great American pilgrimage inspired by John Steinbeck’s literary odyssey.

Hitch a ride with the O’Shaughnessys on their westward odyssey.

In the early 1970s, when efforts to establish and enforce basic legal rights for individuals with disabilities were just beginning, Notre Dame was at the center of the revolution.

The Boys in Brazil

Three stories, three lives, three doorways into a world you may not have given much thought to.

The Power and the Glory

by Photography by Barbara Johnston

The Murdy Family Organ, a grand creation from the renowned Fritts workshop, is installed in the Basilica of the Sacred Heart.

Just one second in the highlands

Silhouette in the headlights

I am the sin-eater