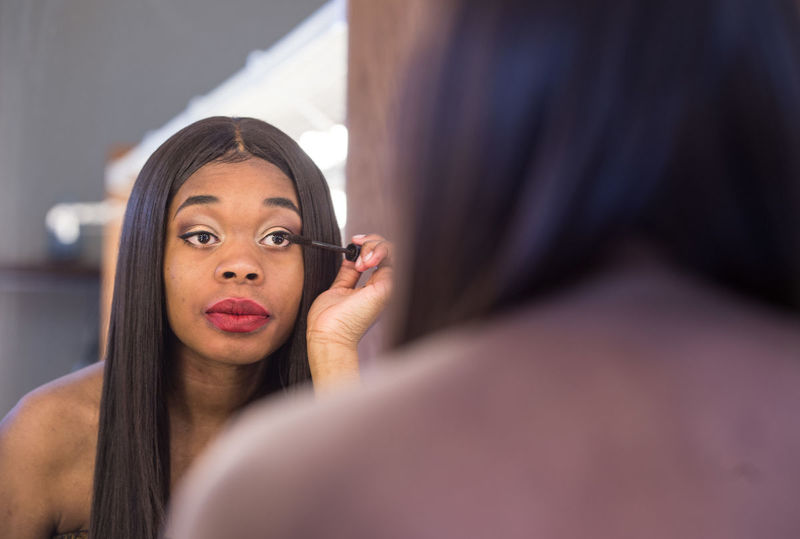 Listen in as director Christy Burgess and the cast of Cymbeline find the right personal and cultural references to help them define their characters.

Zion Williams plays the Queen, the second wife to King Cymbeline. She’s plotting to have her son, Cloten, marry the king’s daughter, Imogen, so that Cloten will be heir to the throne. In this exchange during rehearsal, director Christy Burgess urges Zion, whose sweet disposition and wide smile are her default settings, to find an “evil inspiration” as she delivers her line, “And to kill the marvel . . . ” with sufficient smarm.

Christy: You are it. Zion. When’s the last time you got to be evil?

Zion: I don’t think I’ve ever been evil.

Christy: Enjoyyyy it! Enjoy, like, looking down and being, like, mmmm. I want this to just be shady. ‘And to kill the marvel.’ Go for it.

Cloten, the cloddish son of the evil queen played by Forest Wallace, is less of a nefarious plotter and more of a blustering heir unworthy of the regal status his mother would win for him. Here another cast member, Sha-Nia Clay, hits on just the right character, a beast from Beauty and the Beast — but not the beast of the title — to be Forest’s example.

Christy: I need you to have like a lot of false swagger. You’re like a really cocky, arrogant Elvis who’s not very smart and thinks he is.

To get Cloten’s reaction just right when his mother, the Queen, ruffles his hair, Burgess asks Forest whether he ever dressed up his dog. No, but . . .

Forest: I did put clothes on my really fat cat.

Christy: Yes, that’s it! You are the fat cat who’s putting up with it. What’s your cat’s name?

Christy: OK, Forest, you are Frosting, being dressed up. In that moment. When Zion is messing with your hair, that look on your face? I want Frosting’s face. Can you give me the look that Frosting gave you?

Christy: That’s exactly what I want.

Precious Parker plays Imogen, daughter of the king, who floats along at the beginning of the play in the throes of burgeoning romance so far untainted by the heartbreak and hardship that will become central to the plot of Cymbeline.

Christy: Imogen, in the beginning, is very light, because she’s in love with the idea of love. She’s very light. In love with love. This is not like Imogen, Warrior Princess, at least not yet. This is more like Imogen, Disney Princess. You have little birds singing and everything’s fine. Until it’s not.